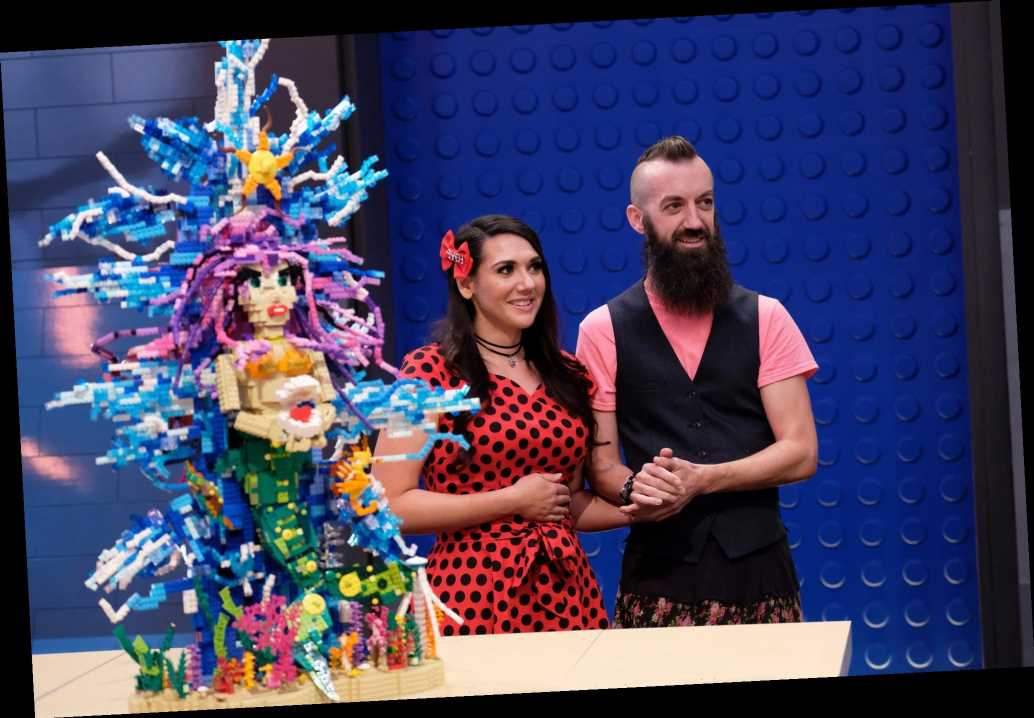 Sawaya, the show’s consulting producer, is better-known as a world-renowned LEGO artist, a former corporate lawyer who quit his rat-race job in New York to open a studio and create artwork out of the toy’s iconic snap-together plastic “bricks” (including a Batmobile, a replica of the Brooklyn Bridge and a life-size Tyrannosaurus rex).

“That was really the question: can I leave my six-figure [law] practice to go play with toys, can this be sustainable and can I actually make a living out of this?” Sawaya, 46, says of his 2004 decision to change careers. “That was a time when there wasn’t a job known as a ‘LEGO Artist’ and no one was taking LEGO into the art world.

“Eventually I let my legal license expire so I wouldn’t have that safety net,” he says. “I figured I would make it [by] doing this or figure something else out. But whatever I did, I wasn’t going back to being a lawyer.”

Since then, Sawaya’s LEGO works have been exhibited around the world. Now based in LA, his “Art of the Brick” LEGO exhibit is currently on display at the city’s California Science Center.

“LEGO Masters,” hosted by Will Arnett, premiered Feb. 5 and has averaged 6.1 million viewers as the season’s top-rated new show (and the number-two unscripted show behind Fox’s “The Masked Singer“). It features two-person teams of LEGO connoisseurs competing against each other, and against the clock, to complete a sprawling LEGO design (a theme park, an outer space world) built by Sawaya in his studio and transported to the show’s set. The teams are judged (and eliminated) by “Brickmasters” Jamie Corbett and Jamie Berard, who work at LEGO headquarters in Denmark; on the April 15 season finale, the winners will walk away with $100,000 and a LEGO trophy designed by Sawaya.

“I’m the artist-in-residence, if you will,” Sawaya says of his behind-the-scenes role. “There are a lot of things I ended up building for the show — some of the set dressing, including the signage built out of LEGO that says ‘LEGO Masters.’ [Wednesday night’s episode] has a ‘mega-city’ theme, so I built a ton of buildings and city blocks for that. The contestants will build around the pre-built city with their own version of buildings and city blocks.”

Sawaya says about 3 million LEGO bricks were ordered for the series. While he didn’t interact with the contestants — if he was on the set during taping, he stayed in the background — he says that some contestants did reach out to him once production wrapped to pick his brain about LEGO design.

“The contestants really have a lot of creativity, and you’re seeing them … think out of the box and do amazing work,” he says. “I think one thing that gets everyone [on the show] — it gets me, too — is time management. It’s so tough with LEGO, using tiny pieces to create these huge forms, and it’s something [the contestants] have to think about. We all underestimate how long it’s going to take to create something that has a ‘wow’ factor.

“By itself, LEGO building, when you’re just snapping one brick on another, is kind of boring and a little tedious sometimes,” he says. “But it’s amazing to watch these folks under pressure making things that are brilliant to look at — and that’s why [the show] works.”

And, of course, there’s the public’s familiarity with the LEGO toy, which has spawned four big-screen animated movies and a slew of animated TV specials.

“The toy itself has become universal,” he says. “It’s defied time and geography. I’ve had exhibitions around the globe and have been to over 100 different cities and everywhere we go with the [LEGO] art people connect to it because they’re familiar with the toy. The bricks that I had as a child in the 1970s still snap together with the bricks of today — what other product can say that?

“The spanning of generations is amazing, which is why ‘LEGO Masters’ works so well for families,” he says. “Kids love it, parents love and grandparents love it.”

Why Gigi Hadid Will Always Have Zayn Malik's Back
Recent Posts