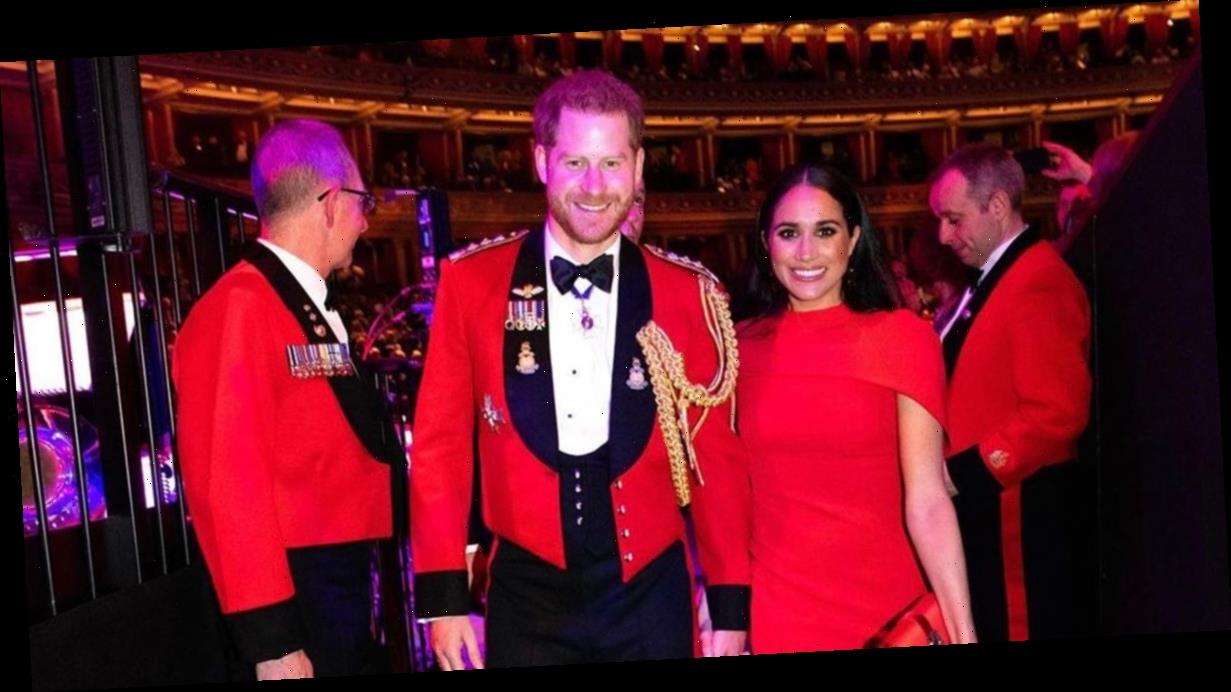 Prince Harry and wife Meghan joined the Queen at church in ­Windsor on Sunday as it emerged they will make the military central to their new charitable organisation.

The couple plan to tackle issues such as medical care and homelessness for veterans and injured service personnel, both in the UK and the United States.

A well-placed source with knowledge of the new venture told the Mirror the couple want to “collectively make a change in the armed forces arena”.

Palace insiders said the move to celebrate and assist the military would be “hugely welcomed” by the Queen.

On Monday Harry and Meghan will stand alongside the Queen, Prince Charles and wife Camilla, Prince William and wife Kate, at the annual Commonwealth Service at Westminster Abbey.

It is their last official engagement before they step down as working royals on March 31.

The Queen asked them to join the family at the service before they bow out to begin a new life in Canada with their 10-month-old son, Archie.

Their presence at the church service yesterday showed they have built bridges with the Queen and wider family since announcing their decision to walk away from royal life two months ago.

Prince Harry , 35, looked relaxed as he drove Meghan, 38, to the Royal Chapel of All Saints in Windsor Great Park.

Harry, who did two tours of Afghanistan during his time in the forces, was devastated when the Queen told him he would have to step back from his military positions after leaving The Firm.

Harry will no longer use HRH or his honorary military title as Captain General of the Royal Marines.

But a source said: “Harry has vowed he will never walk away from his ­military friends and comrades.

“Giving up his military roles has been the hardest thing for him, and the Queen, Charles and William say how much that connection means to him, which is why there will always be a way back for him.”

The Queen has left the door open for the couple to return to royal duties, suggesting a review after 12 months.

The source said: “Meghan also wants Harry to keep up his associations with the armed forces as he was devastated by having to step back from the one part of royal life he liked.

“A path has been set for him to return to take on those duties again if he wants it.”

The couple got a standing ovation at the Royal Albert Hall on Saturday as they made their last official military engagement at a musical festival to raise money for the marines and a ­children’s cancer charity.

And at the Endeavour Fund Awards for injured service personnel last week, Harry told the military crowd: “I’ve always got your back.” He said: “I feel lucky to be able to count myself as one of
you; and am deeply proud to have served among you as Captain Wales.”

He will continue his association with the Invictus Games, the sporting event for injured military personnel which he set up in 2014.

More than 500 competitors from 19 nations will take part in the games in May, at The Hague in the Netherlands.

Meghan had an association with the military before she met Harry, having ­travelled to Afghanistan in 2014 with the United Service Organisations, which supports the military and their families around the world.

In November, she and Harry visited the Broom Farm Community Centre, just a few minutes from Frogmore Cottage , their home in Windsor, and spent time with the families of army personnel deployed overseas.

A source close to the couple said: “They were blown away by the resilience of the families, what they have to endure through time apart and the hardships they sometimes suffer.

“Now they have the chance to help and raise the profile of issues that matter to them.” On their website, they told how they “intend to develop a new way to effect change and complement the efforts made by so many excellent foundations globally”.

The venture would be in addition to their “cause driven work”, such as issues around education for all, animal conservation and climate change.

Meghan yesterday posted images of her visit to a school in Dagenham to celebrate International Women’s Day.

During the visit, Meghan told the youngsters: “No matter how small you might feel, you have a voice and you certainly have the right to speak up for what is right.”