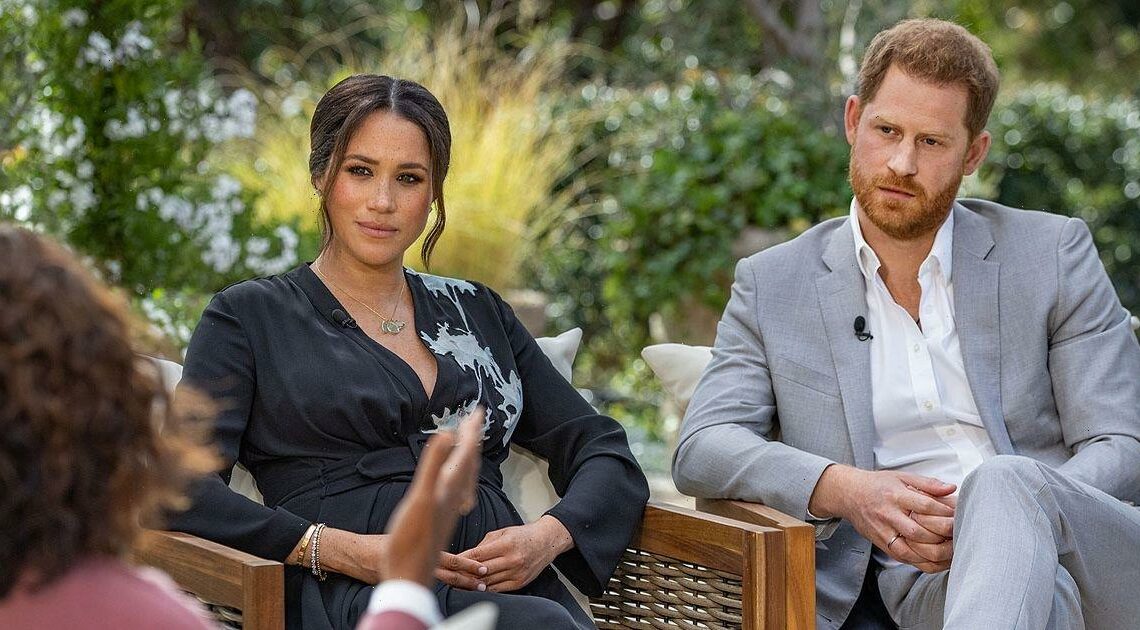 Congratulations are in order for the Duke and Duchess of Sussex – Oprah with Meghan & Harry: A CBS Primetime Special has been nominated for an Emmy.

The interview sent shockwaves around the world in March of this year, as Meghan Markle and Prince Harry lifted the curtain on life inside the Royal Family.

The official list of Emmy nominees was released on Tuesday afternoon, with the groundbreaking interview in the running in the category of Outstanding Hosted Nonfiction Series or Special.

Meghan and Harry shared a number of unsettling revelations in the interview, revealing concerns had been raised in the Royal family over the colour of their son Archie's skin.

Elsewhere, the interview saw Meghan reveal she had contemplated suicide at one point in recent years, claiming she had been denied help from the Royal family in the midst of her mental health struggle.

Harry also explained he felt his father and brother, Prince Charles and William, were “trapped” in the institution of the monarchy.

While many praised Meghan and Harry's bravery in coming forward with the revelations, the interview divided opinion, leading to widespread debate in the media.

When the interview aired on ITV on March 8, it was watched by 11.1 million viewers, with its ratings hitting a peak of 12.4 million – beaten only by Boris Johnson's press conference at the height of the pandemic.

Recognizing achievements in the television industry, the 73rd annual Emmy Awards are set to take place in the US on September 19.

With some fierce contenders, the interview is up against the likes of My Next Guest Needs No Introduction With David Letterman and Vice Showtime.

Looking at the struggles faced by communities across the US, United Shades of America, hosted by comedian W Kamau Bell, has also been nominated in the category.

Stanley Tucci’s Searching For Italy, which sees the actor travel across Italy to unearth the country's culture and history, is similarly in the running.

Cedric the Entertainer will host the live show, which will take place at Los Angeles' Microsoft Theater with a limited audience of nominees and their guests.

It's not yet clear whether Meghan, Harry or Oprah will be in attendance on the evening.