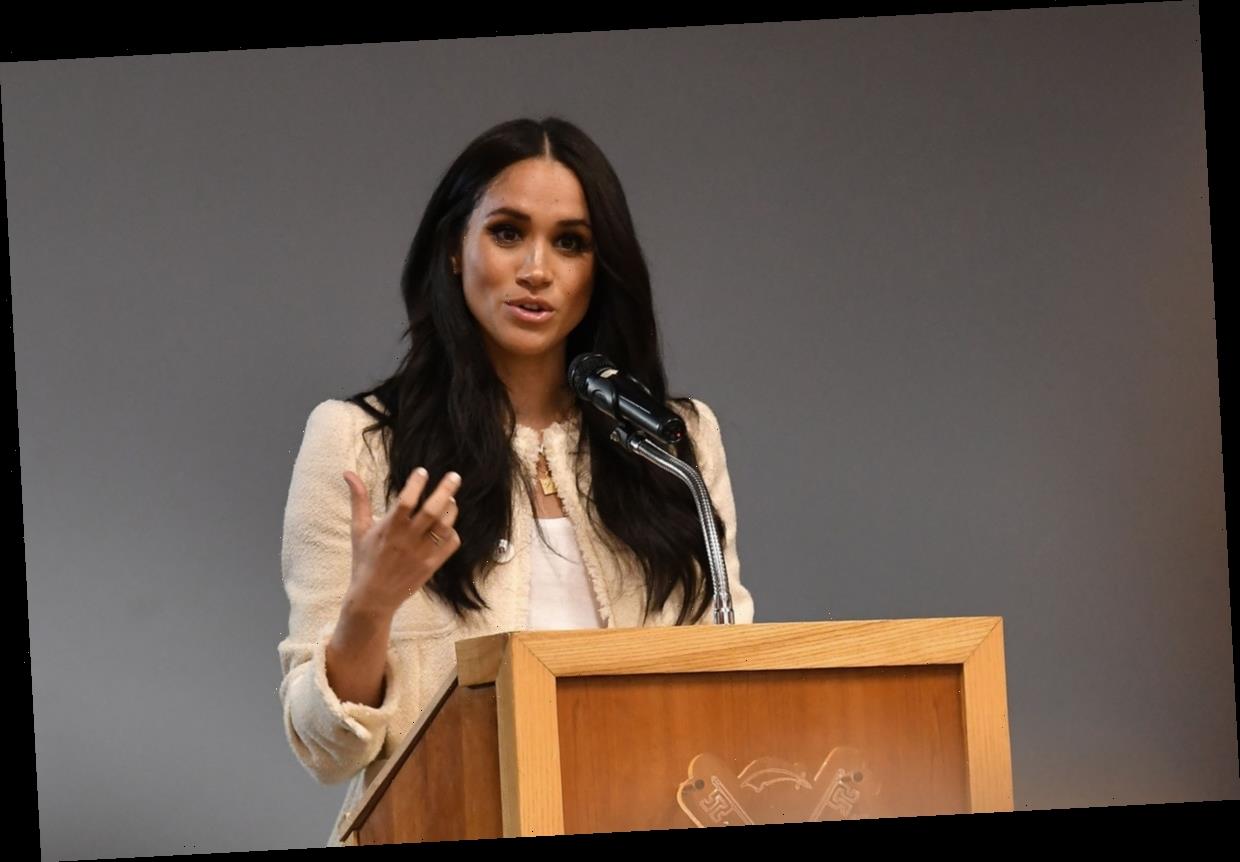 Longtime gender equality activist Meghan Markle, Duchess of Sussex, surprised high school students in London on Friday to discuss gender and racial parity ahead of International Women’s Day on Sunday, March 8. At Robert Clack Upper School in Dagenham, Meghan delivered a Women’s Day speech and called on men to champion equality, too. The duchess’ visit commemorates the 50th anniversary of Britain’s Equal Pay Act — a law that passed after sewing machinists at Ford Motor Company in Dagenham walked out of the job to call for equal wages in 1968.

A post on the official SussexRoyal Instagram included photos of Meghan meeting with the students before and after the assembly. The duchess’ visit was in part to "meet the town’s next generation of female role models, and talk to young women and men about the women who inspire them," the post read.

Joined by former striker Geraldine Dear, Meghan began her speech with a nod to the historic location. “Being in Dagenham is incredibly profound. Because as you can see with Geraldine and the other women who had the strength to really stand up for something that they knew needed to be done," she said. “This is the best example of no matter how small you might feel, how low you may feel on the ladder or the totem pole, no matter what color you are, no matter what gender you are, you have a voice, and you certainly have the right to speak up for what is right.”

She told the teenage boys, “It’s very easy to sometimes compartmentalize this idea of International Women’s Day as solely being about women, but it’s not. It’s about all of us.” Meghan continued, “You have your mothers, sisters, girlfriends in your life. Protect them. Make sure they are feeling valued and safe. And let’s all just rally together to make International Women’s Day something that’s not just on Sunday, but frankly feels like every day of the year.”

The visit is one of the duchess’ last official engagements as a member of the royal family. In January, Meghan and her husband, Prince Harry, Duke of Sussex, announced their plans to step back as “senior” members of the royal family and work to become financially independent while “continuing to fully support Her Majesty The Queen.” The duo, who split their time between the United Kingdom and North America, currently reside in Canada with their son, Archie.

This isn’t the first time Meghan has championed gender equality. The duchess, who has been involved with UN Women long before her addition to the royal family, attended a roundtable discussion with husband Harry at the One Young World Summit in October to similarly discuss men’s roles in equality. “In terms of gender equality, which is something I have championed for quite a long time, I think that conversation can’t happen without men being a part of it." she said. “You can’t have a conversation of women’s empowerment with just women.”