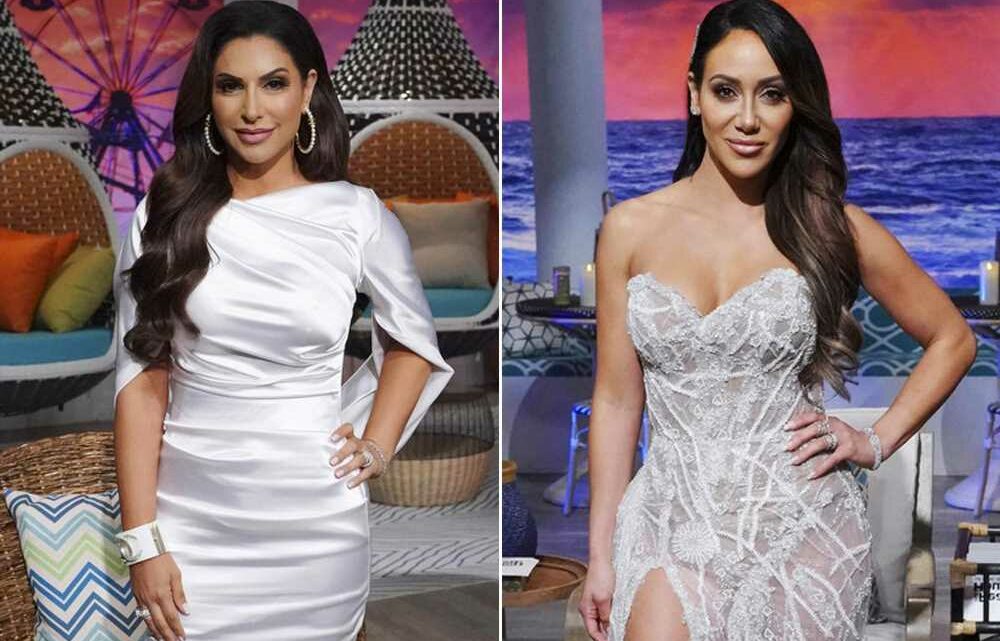 Melissa Gorga on marriage to Joe: ‘I don’t want to die unhappy’

‘RHONJ’ star Jennifer Aydin is still not speaking to her mother

Melissa Gorga blasted her “Real Housewives of New Jersey” co-star Jennifer Aydin as “fake and conniving” in a heated Instagram post ahead of the Bravo reality show’s reunion.

Gorga, 42, shared a slideshow of photos on Wednesday with every Season 11 cast member but Aydin, 44. She captioned her shady post, “I posted everyone except for one person who I feel is truly happy when family and friends are divided.”

She continued, “Probably because she would throw her own mother under the bus for TV. Or if it would make Teresa [Giudice] happy. I’ve been on the show a long time and I know fake and conniving when I see it. When you don’t come for someone at all, and they are constantly trying to put you down and trying to cause riffs in your relationships, that’s a huge red flag 🚩 ENVY BABY!”

Without ever using Aydin’s name, Gorga called her castmate “sloppy” and said the mom of five has “lots of skeletons in the closet.”

“I’m nice until I’m not. Pay attention everyone- you will see it,” Gorga added. “I love you all. thank you for your support always❤️.”

While Gorga and Aydin did not get into heated arguments this season, it’s safe to say based on her caption that the Envy creator disagrees with the way Aydin’s recent family drama has played out.

Aydin is not speaking to her mother, Josephine Altinel, after she tried to fix her parents’ “hostile” relationship on the show by moving her father, John Altinel, into her house.

“I’m just trying to say, like, he’s a 76-year-old man that is disabled, walks with the cane, has the beginnings of Parkinson’s disease,” Aydin told Page Six in a recent interview. “It’s not humane to just treat somebody so meanly. And I just couldn’t stand by and watch it anymore, and [my mom is] mad at me for taking his side.”

Margaret Josephs — who has had plenty of drama of her own with Aydin — seemed to side with Gorga on Wednesday, commenting on her Instagram post, “Love you!! Omg the queen has spoken!! 👑💃🎉🤣💋💕👧🏼.”

Josephs, 54, and Aydin got into an explosive argument this season after Aydin called the “Caviar Dreams, Tuna Fish Budget” author “sloppy” for sleeping with her boss when she was younger. Josephs, meanwhile, shared with the group that she had been sexually harassed by her boss and felt pressured to sleep with him.

Josephs also accused her co-star of having a “serious” drinking problem after Jennifer got so drunk at Giudice’s pool party that she fell over herself, missed her mouth while trying to drink from a water bottle, had to be carried out and threw up afterward.

Aydin has not responded to Gorga’s post, and her reps did not immediately get back to us.

Eurovision UK winners – where are they now?