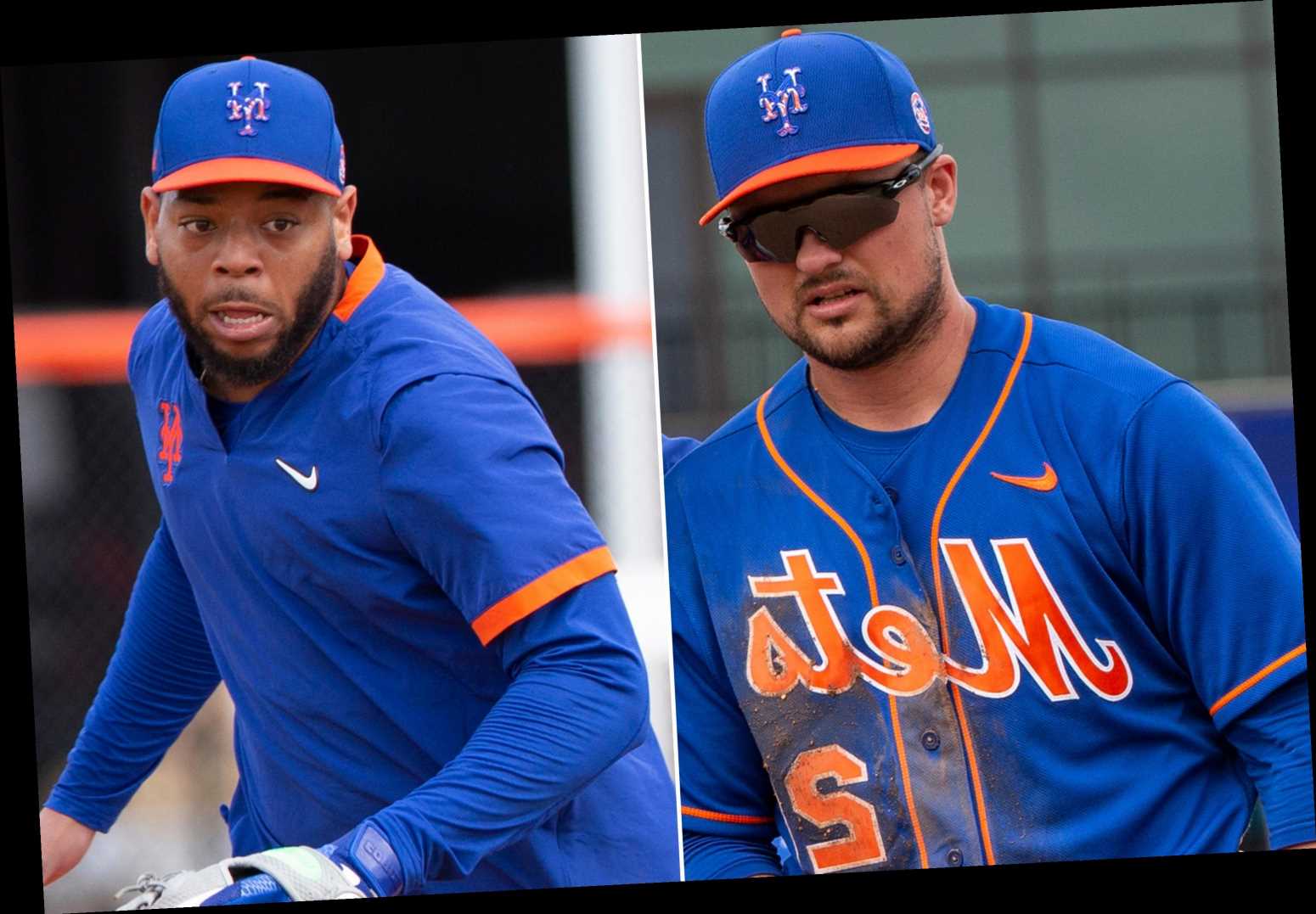 It’s not too soon for the Mets to troll J.D. Davis about being on the sign-stealing Astros.

An opportunity got put on a tee Wednesday afternoon and Dom Smith didn’t miss.

While the Mets played the Cardinals on ESPN, Smith, Davis and Jeff McNeil were mic’d up and chatting with the broadcast booth. ESPN’s Tim Kurkjian was asking them about using cards in their hat to figure out defensive positioning and asked Davis if he uses a “cheat sheet” since he’s an infielder who now plays the outfield.

“J.D. has a ton of cheat sheets … you know what I’m saying?” Smith said from left field before they all laughed.

Davis played 66 games for the Astros from 2017-2018 before getting traded to the Mets. This winter, after reports initially came out about the Astros using electronics to illegally steal signs and relay them via trash cans, Davis denied knowing anything about it. By the time he arrived at spring training — with MLB having issued its report breaking down the scandal — Davis said he spoke “prematurely” and was “ashamed” to have been part of the scheme.

While many players — including some on the Mets — have expressed anger about the Astros cheating, Davis’ current teammates have taken a lighter reaction with him.

“It was all jokes from the very beginning because he was very honest when he came over here with us,” Smith told WFAN on Wednesday morning. “We kind of had an idea of some of the things they were doing. We just made a light joke of it. Obviously it sucks for the game. It sucks for the people affected by it. It’s not good for the game at all, but it is what it is. It’s a new season here, and he’s a part of us. We welcome him with open arms, him and Jake (Marisnick, who also played for the Astros). We love those guys, and we hope they can help us win a World Series.”

No Astros players were fined or suspended for their role in the sign-stealing program, but commissioner Rob Manfred said part of the punishment for them was the guilt they would feel hearing other players speak out.

For Davis, it seems that punishment has come in some good-natured group text messages.

“We definitely did make fun of it, especially with J.D. being an ex-Astro and stuff like that,” Smith said. “We let him have it a little bit, but we try to make everything fun through the ups and downs, the good times and bad times, and with that moment, we made the most of it.

“They have a ton of GIFs. You know trash can GIFs and just fun little things like that. We send them all in there. The buzzer stuff. We all do crazy workouts in the offseason and we just send little pictures wearing stuff while we’re working out just to tease him a little bit.”