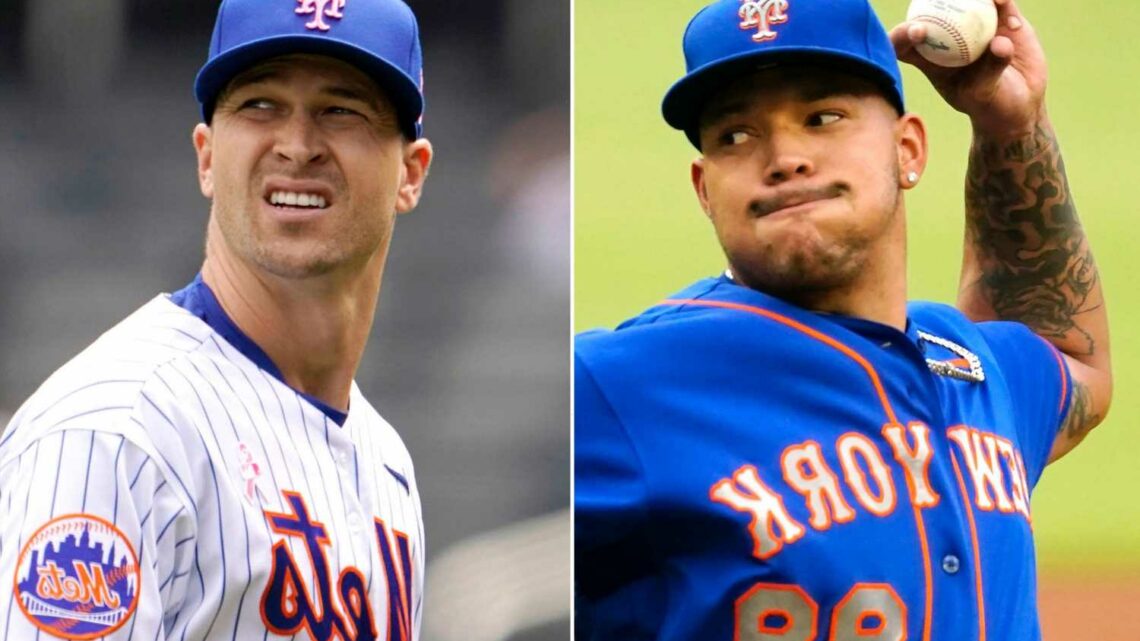 Mets’ bullpen does it all in ‘really special’ performance

ATLANTA — One more starting pitcher down and another still in limbo.

A thin Mets rotation took another hit Wednesday when Taijuan Walker was placed on the injured list with left-side tightness. In addition, the Mets have decided to send Jacob deGrom to Single-A St. Lucie for a minor league rehab start Thursday rather than reinsert him into the rotation. DeGrom has been on the IL for the past 1 ½ weeks with right-side tightness.

Walker departed his Monday start against the Braves after just three innings, and though a subsequent MRI exam was clean, there is concern given that the tightness in his side has continued to arise during outings.

DeGrom played catch before the game, after throwing a bullpen session the previous day. The purpose of deGrom’s minor league appearance, according to Rojas, will be to realign his mechanics. The Mets ace last pitched on May 9, when he left his start against the Diamondbacks after five innings.

“We want to see him facing batters, we want to ramp up the competition level with him, and [the rehab appearance] will tell us,” Rojas said. “Allow him to work on his mechanics and in-between routine and go face live batters. The approach is day to day.”

DeGrom’s appearance will come in Jupiter, Fla., allowing Mets staff to attend (the team will spend an off day in South Florida on Thursday before opening a weekend series against the Marlins).

Rojas noted deGrom won’t be on a pitch count.

“We want to go with the feedback once we see his mechanics,” Rojas said.

Marcus Stroman and David Peterson are the Mets’ remaining healthy starting pitchers. Another starter, Joey Lucchesi, has been working from the bullpen.

Stroman is scheduled to pitch Friday night in Miami and Peterson (who started against the Braves on Wednesday) would get the ball Monday at Citi Field to open a series against the Rockies. But Saturday and Sunday against the Marlins remain in flux, with it possible Lucchesi will start one of the games, with Rojas turning to the bullpen for the other. The Mets also have Jordan Yamamoto at Triple-A Syracuse as a possibility.

The Mets employed a bullpen strategy on Tuesday in using six different relievers to beat the Braves.

“The good thing right now with the guys that we have, we have a couple of guys that can go two or more innings, and that helps a lot,” Rojas said. [Sean] Reid-Foley has done it a couple of times, [Robert] Gsellman can do it and even Drew [Smith] can give us that, so that can work in our favor for one of those games too.”