Home » Lifestyle » Michael Parkinson’s interviews are fascinating TV, even with the new warning 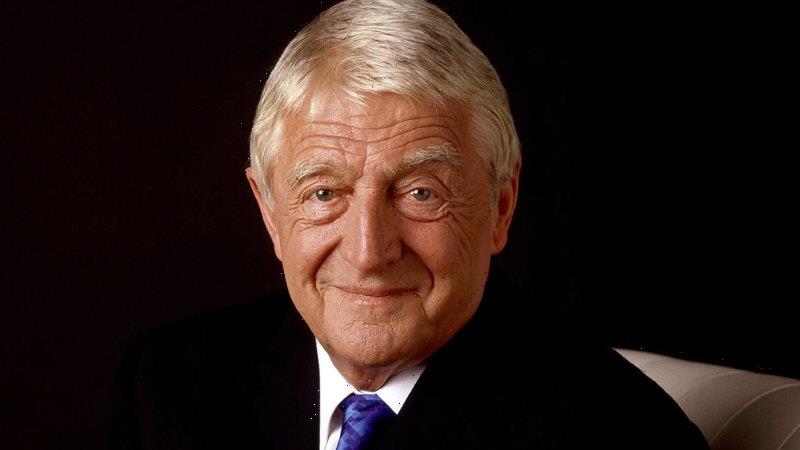 Michael Parkinson’s interviews are fascinating TV, even with the new warning

Between 1979 and 1983 leading British talk show host Michael Parkinson would decamp to the ABC’s Gore Hill studios in Sydney, where he would helm an Australian edition of a program that was already close to an institution in the United Kingdom. A selection of the 75 episodes produced are now streaming on ABC iview, serving as a mix of time capsule and cultural snapshot. As a means of eavesdropping on the past the chat show might not be an obvious choice, but four decades later this is a valuable resource and fascinating viewing. 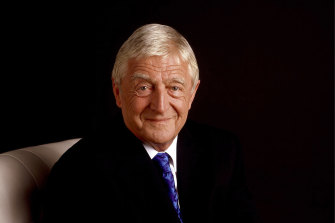 A selection of episodes are now streaming on ABC iview, serving as a mix of time capsule and cultural snapshot.

Each episode begins with a contemporary disclaimer: “The following program expresses attitudes that are not consistent with current standards and may offend some viewers.” That’s true, although the question is whether it’s Barry Humphries’ comic creation Sir Les Patterson or then-Queensland premier Joh Bjelke-Petersen discussing abortion that deserves the warning. There may be unseen episodes that do cross a line, but historic insight outranks contemporary privilege. This was monocultural Australia, just starting to mix with the world – repeat guest Bob Hawke was not yet prime minister, just the gregarious head of the ACTU.

There’s a degree of cultural cringe to bringing out an Englishman to engage notable Australians (and a healthy quota of British celebrities), but Parkinson really was an accomplished interviewer. His questioning was direct but alert – these are conversations that are fluid in mood, so that guests got in their best anecdotes for the audience’s amusement but they would equally be pressed on thornier points. In this age of seven-minute slots the extended running time is a pleasure, with many opening guests getting a half an hour or more opposite the lanky Parkinson.

There’s no current equivalent to what Parkinson was doing for a primetime audience in that free to air era of just five metropolitan channels. Prominent Australians who you might know by blurred memories or name only, depending on your age, are suddenly fully realised on the screen. The lengthy 1979 interview with media magnate Kerry Packer, then in his early forties, exists parallel to his oversized reputation. “You live very much in your father’s shadow,” Parkinson notes of the formidable Sir Frank Packer. “I hope so,” gently replies his son, who with good humour and filial respect recounts his difficult formative years. 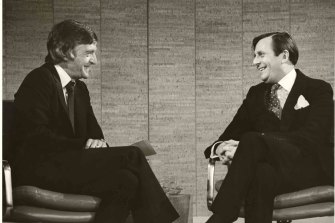 Michael Parkinson with Barry Humphries in a 1980 episode of Parkinson in Australia.Credit:The Age

A sit-down the same year with a then ascendant Paul Hogan gets off to a formulaic start, but slowly Hogan unfolds a thoughtful self-awareness and a steely edge. “I get up on television and do what they’re trained to do,” Hogan says of his critics. “I do it better.” He’s followed by Power Without Glory author Frank Hardy, who puffs on his pipe as he discusses everything from communism to what motivates him as a writer. There’s a degree of verbal sparring to the interview, but there’s also a warmly illuminating interjection from Hogan. Don’t assume age makes this show staid.

I can’t vouch for all 30 or so hours of Parkinson in Australia, but my sampling is both good enough to make it worthy now and beg the question of why has the chat show tradition, with a few notable exceptions such as Enough Rope with Andrew Denton, not bedded down on Australian television? This is also a sterling use of the ABC’s archives, which makes the recent decision to abolish 58 librarian and archivist jobs all the more disappointing. What else is waiting to be unearthed?

Parkinson in Australia is on ABC iview.