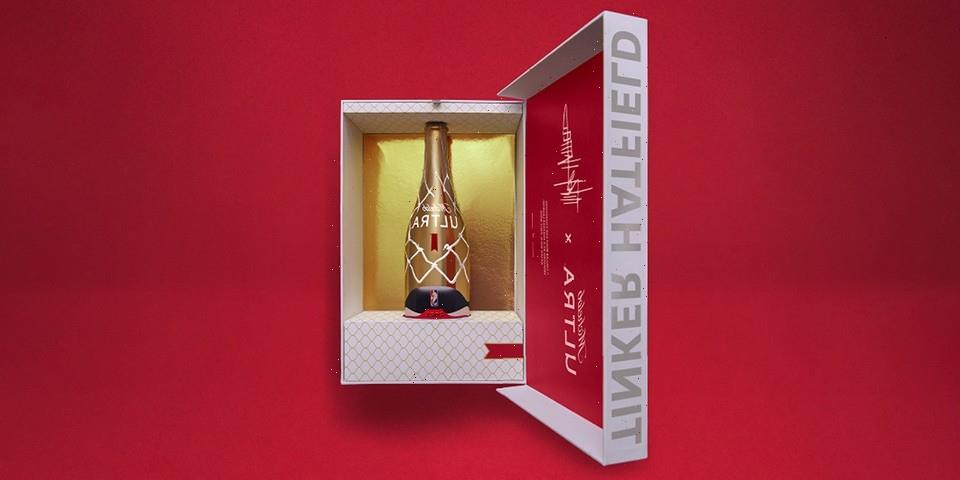 The NBA Finals are now underway and in the spirit of basketball’s biggest stage that will see the Phoenix Suns and the Milwaukee Bucks battle it out for the title, Michelob ULTRA and legendary sneaker designer Tinker Hatfield have joined forces on a collaborative bottle. The limited edition beer bottle is fittingly titled “Not For Sale” as fans can only obtain one through Michelob‘s Twitter giveaway that will commence once the final buzzer of the seven game championship series sounds off.

In terms of its visual composition, a majority of the container is dripped with a metallic gold finish in an effort to best translate the look of the Larry O’Brien trophy. Sitting dead in the center is the traditional Michelob ULTRA logo in white while a basketball net graphic surrounds it. Inside the specially designed packaging, recipients are met with an original Tinker-drawn sketch of the design process along with a short note explaining how it was refreshing to apply his talents to a project that was totally unrelated to sneakers.

Lastly, the number of bottles that will be produced will match the amount of points scored by the winning team of this year’s NBA Finals, so be sure to have your fingers at the ready to enter the giveaway once the series ends.

13 terrifying films that explore the unique horrors of womanhood

Shopper reveals how you can get a £4.50 tub of ice cream for 50p at Tesco
Recent Posts