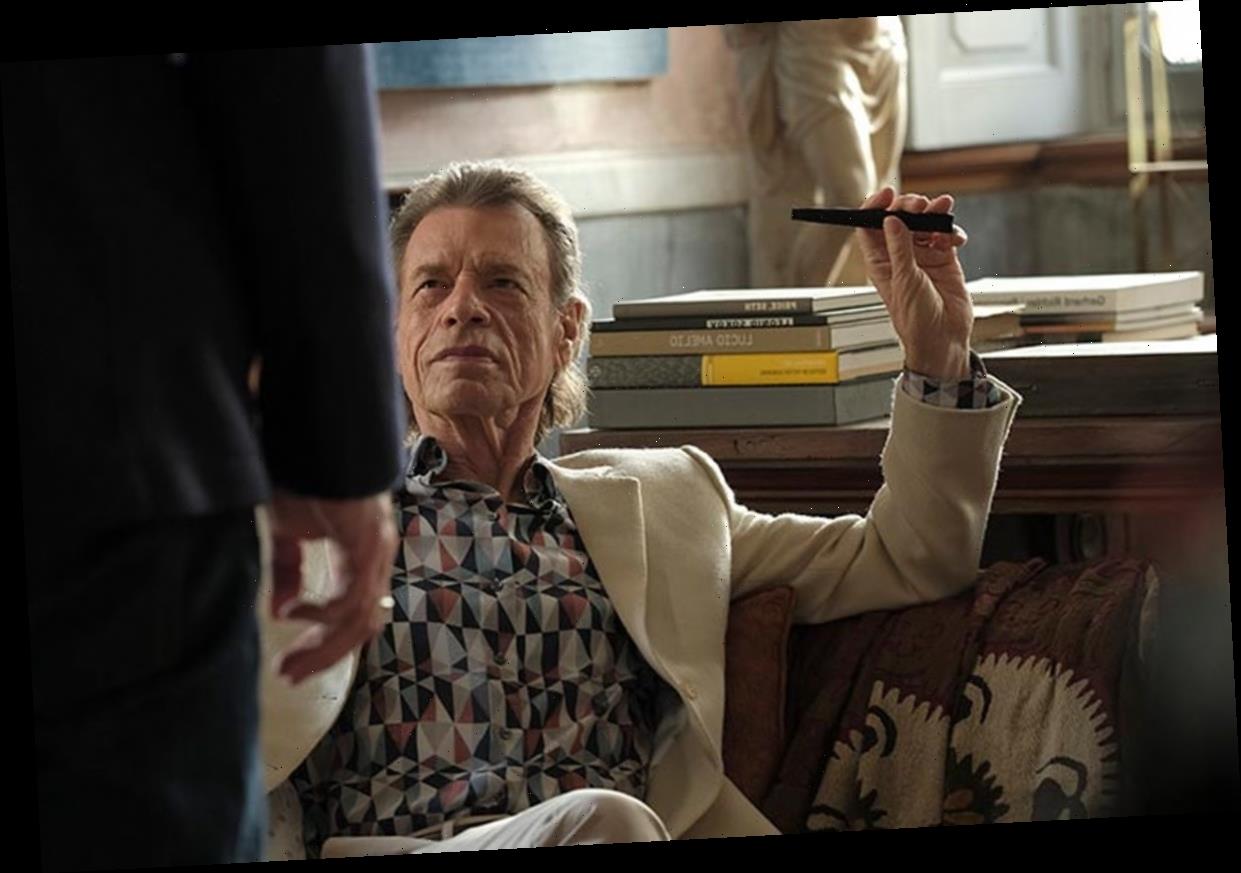 Everyone knows Mick Jagger as the lead singer of The Rolling Stones. But the rocker also has a side hustle: being a movie star. His most famous role is in the 1970 outlaw film Ned Kelly, but he’s also acted in TV movies, art films, mockumentaries. and cyberpunk thrillers. Jagger took a nearly 20 year hiatus from acting, but now he’s back in front of the camera, starring in the thriller Burnt Orange Heresy, out Mar. 6. While the movie is shrouded in mystery, Jagger’s Burnt Orange Heresy character looks like the bad guy.

Burnt Orange Heresy tells the story of a charming art critic named James Figueras (Claes Bang) who spends his days lecturing tourists in Italy. He strikes up a romance with an American Berenice Hollis (Elizabeth Debicki), and the two are contacted by a wealthy art dealer named Joseph Cassidy (Jagger). Cassidy asks James to steal a painting from a legendary and reclusive artist, Jerome Debney (Donald Sutherland), but soon finds himself caught up in a web of lies — presumably of Cassidy’s making.

The film premiered at the Venice Film Festival in September 2019 and screened at the Toronto International Film Festival. Shortly after those fests, director Giuseppe Capotondi told Billboard that Burnt Orange Heresy could be Jagger’s last movie. "We heard that he was looking for a last film to make and so we sent the script. He liked it and I went to London to see him. It was very unnerving before going in, but he’s just a gentle soul. He wanted to do it and then when he was on set, it was just like any other director and actor. He wasn’t Mick Jagger from The Rolling Stones. It’s working with the legend, but the good thing is that he doesn’t act like one."

Jagger’s co-stars were equally impressed. Bang also told Billboard, "Obviously, before he comes on set, you’re like, ‘Whoa, I might faint when I see him or something.’ But on the day, if I was sitting there thinking, ‘Whoa, this is Mick Jagger,’ I probably would forget my lines. In that sense, he becomes your fellow actor on that day. But that’s really important to me because otherwise I think I would go crazy."

And it sounds like Jagger also had a blast. As he told Reuters during Venice, "It’s the smallest role in the film but it’s an important part. I really enjoyed doing this movie. The script was really interesting and different and literary and surprising. You don’t really know if [the main characters] are telling the truth or not and part of the movie is about what is the truth and do we believe these people when they say this."

When is Italy vs England rugby rescheduled date and why was Six Nations match postponed? – The Sun

Woman orders bodycon dress online, gets one that looks 'like a pink bin bag'
Recent Posts