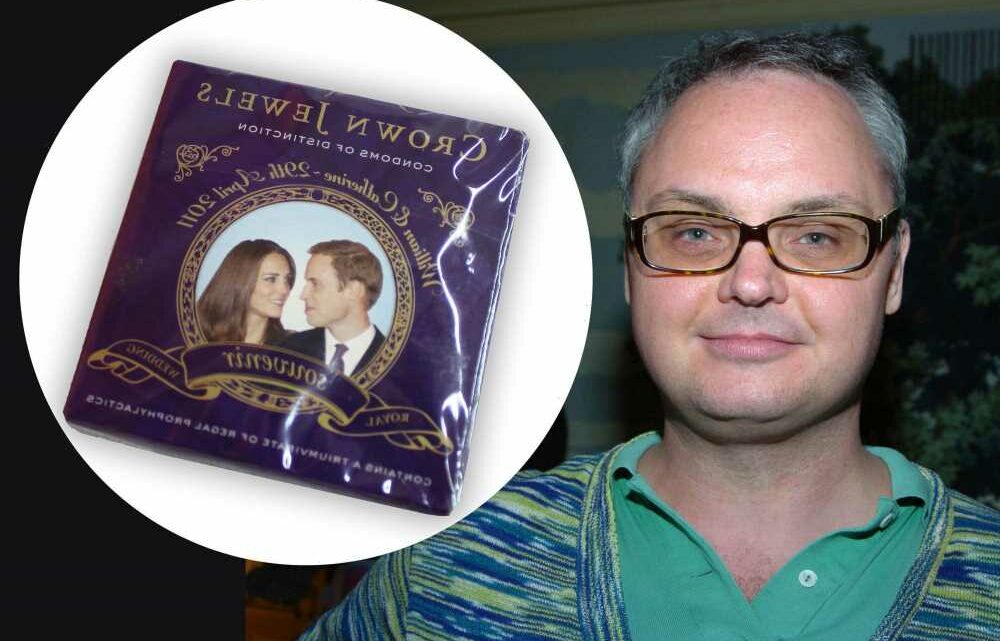 The prince of the downtown scene is selling off a private collection of royal memorabilia fit for a king.

Mickey Boardman, the Paper magazine veteran known as “Mr. Mickey,” has privately been an epic collector of regal memorabilia — from commemorative dishes to condoms — for nearly four decades. On Thursday, he’s putting up much of his majestic trove for a charity sale to benefit Housing Works in Soho.

Boardman reckons he has the most important collection of royal items in NYC, and told us of his obsession: “I think it all started when I read this book excerpt in Vanity Fair in 1984, ‘The Last Romantic: A Biography of Queen Marie of Romania.’ She lived from 1875 to 1938, and was extremely glamorous.”

He then discovered that the Romanian royal was mentioned in everything from Dorothy Parker’s writing to “Auntie Mame.” “That got me started on royal history,” he told us via phone on his way to dinner on Wednesday night.

His collection of British royal curios began on one of his hunts in “thrift stores and flea markets.” At a store on Broadway and Grand Street he found, “a beautiful mint condition plate of Queen Elizabeth II from her 1957 visit to America. I loved it.”

Boardman then expanded his search to Europe. “I shop like an editor,” he said of grouping his artifacts. “I traveled a lot to Europe and I always had my eye out for it… of course the English royal family are the easiest to get memorabilia for.” But he also collected royal mementos of Romania, Sweden, Germany, Italy, Greece and Belgium. After one Paris Fashion Week, he discovered “20 Belgian royal family tins from the ’20s to the ’60s… I bought a whole [other] suitcase” to bring the finds back to the States. 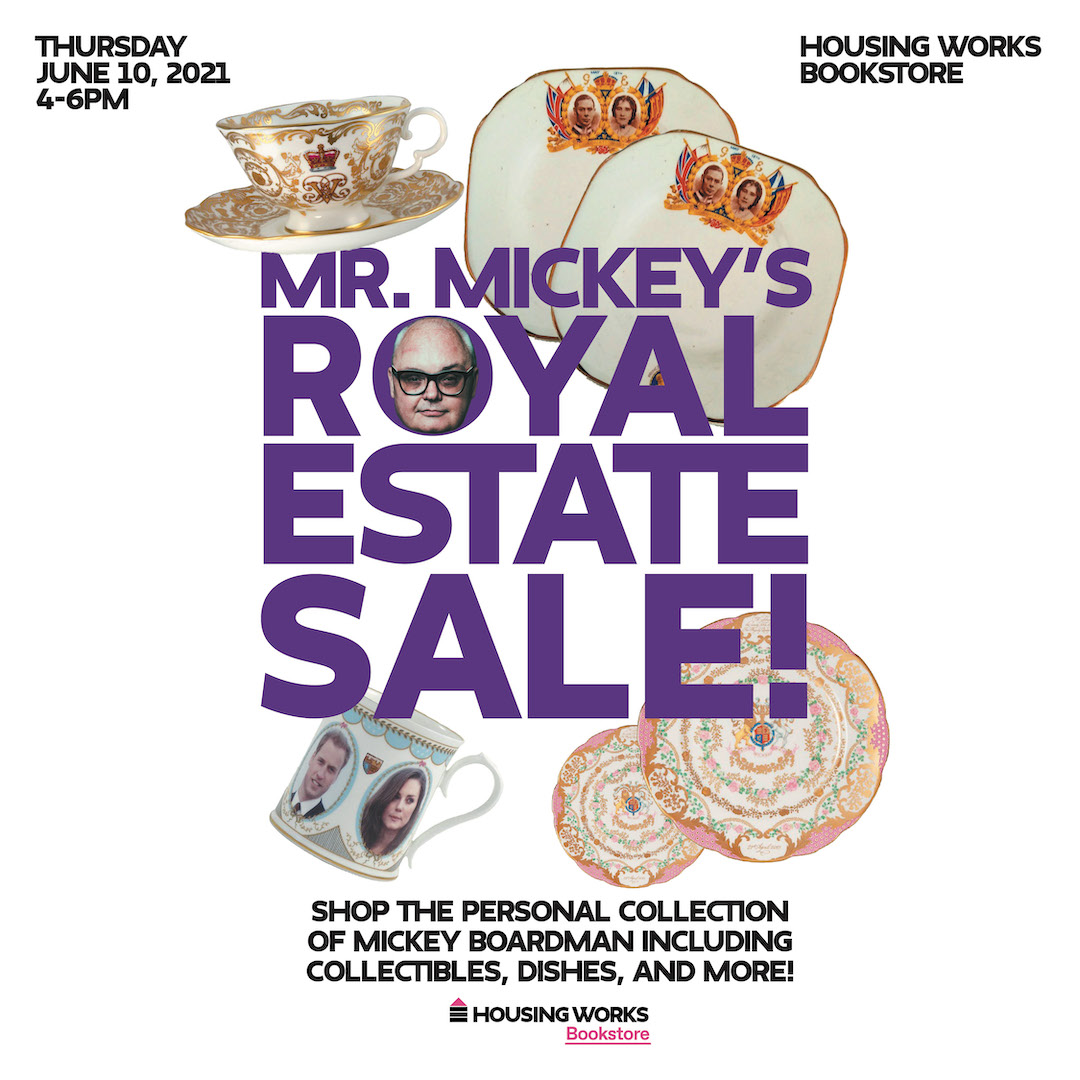 Originally from the Midwest, Boardman has been a nightlife fixture in New York for years: His decades-long friendship with legendary Village Voice writers Michael Musto and Lynn Yaeger was profiled in the New York Times in April. The Paper editor-at-large was also named by New York magazine as one of the “Most Photographed Faces in New York,” and he was behind Kim Kardashian’s famed backside-baring “Break the Internet” cover for Paper in 2014.

Friends including Yaeger have contributed to his royal collection over the years with gifts from their travels. “I’m like the old frog lady, where everyone buys her frogs,” mused Boardman.

He created “Mr. Mickey’s Royal Estate Sale” with Housing Works as an avid supporter of the charity, and says he realized it was time to part with some of his collection. “I have a one-bedroom apartment,” he told us. “I don’t want to be that old woman, where her entire ranch house is filled with Charles and Diana slippers… I love the idea of turning shopping into philanthropy, and to find a good home for my things.”

He added he chose Housing Works because, “I think every single thing I have is fabulous — I don’t want it it end up on the clearance table” somewhere.

The royal sale was originally meant to coincide with “Megxit,” when Prince Harry and Meghan Markle decamped for California. But the sale is instead coinciding with the “Trooping the Colour,” a.k.a. Queen Elizabeth’s birthday parade this month.

The one-day sale from 4 p.m. to 6 p.m. on Crosby Street is also part of the organization’s Pride programing. 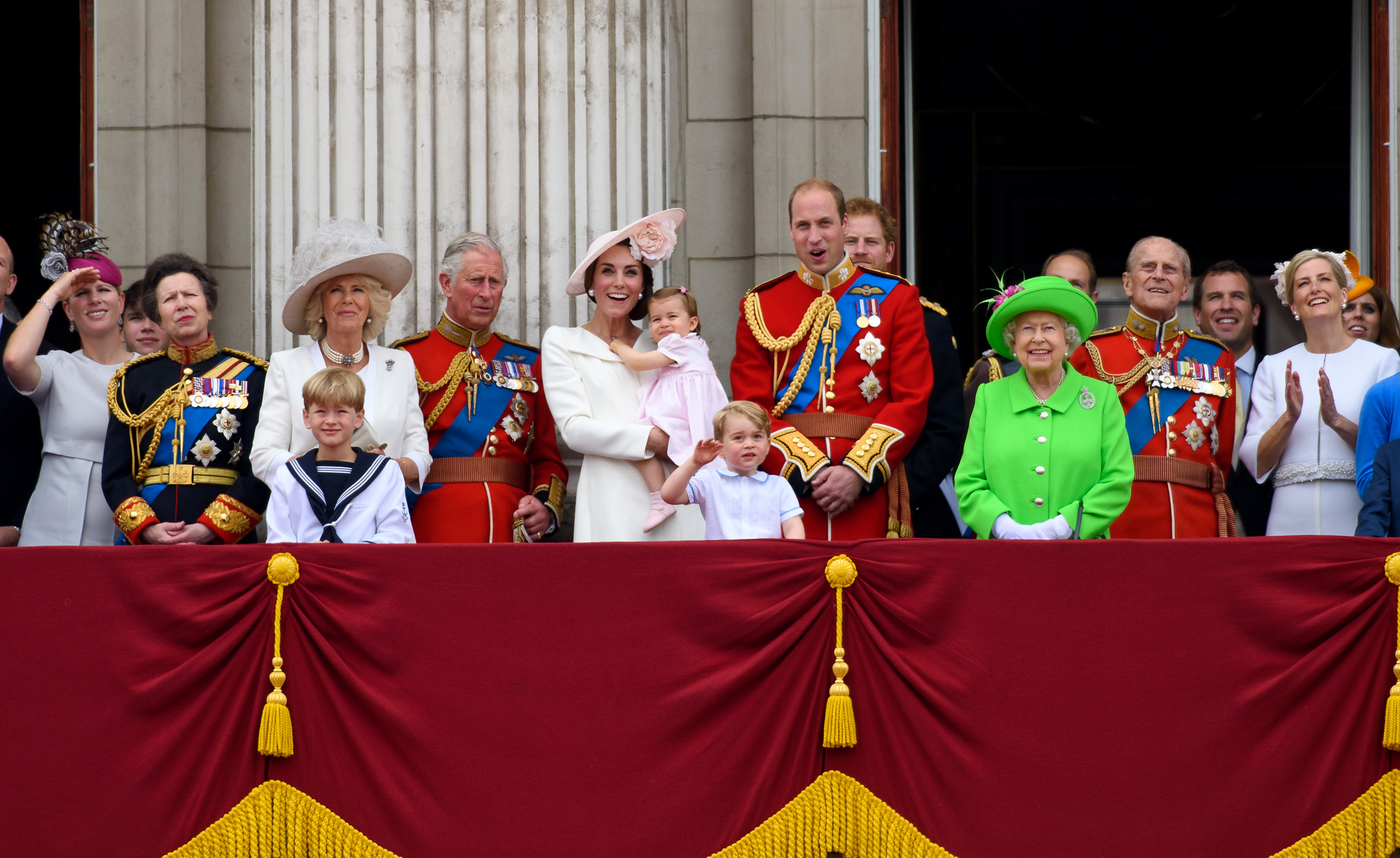 “Yes I still have tons of stuff… a lot of royal busts,” he says of his remaining collection. But, “if the sale goes well, I will part with stuff bit by bit. I have hundreds of pieces of commemorative dishware, hundreds of books. As you get older, [you think] do I really need all these books?”

He notes the irony that politically, “I’m a socialist and progressive,” but that he’s also into the “pageantry, jewels and gowns” of the royals. But it all stems from “reading about history, there are so many royal figures.”

How to turn your leftovers into consistently delicious meals

Royals ‘were at Queen’s side on Philip’s 100th birthday’, insider says
Recent Posts