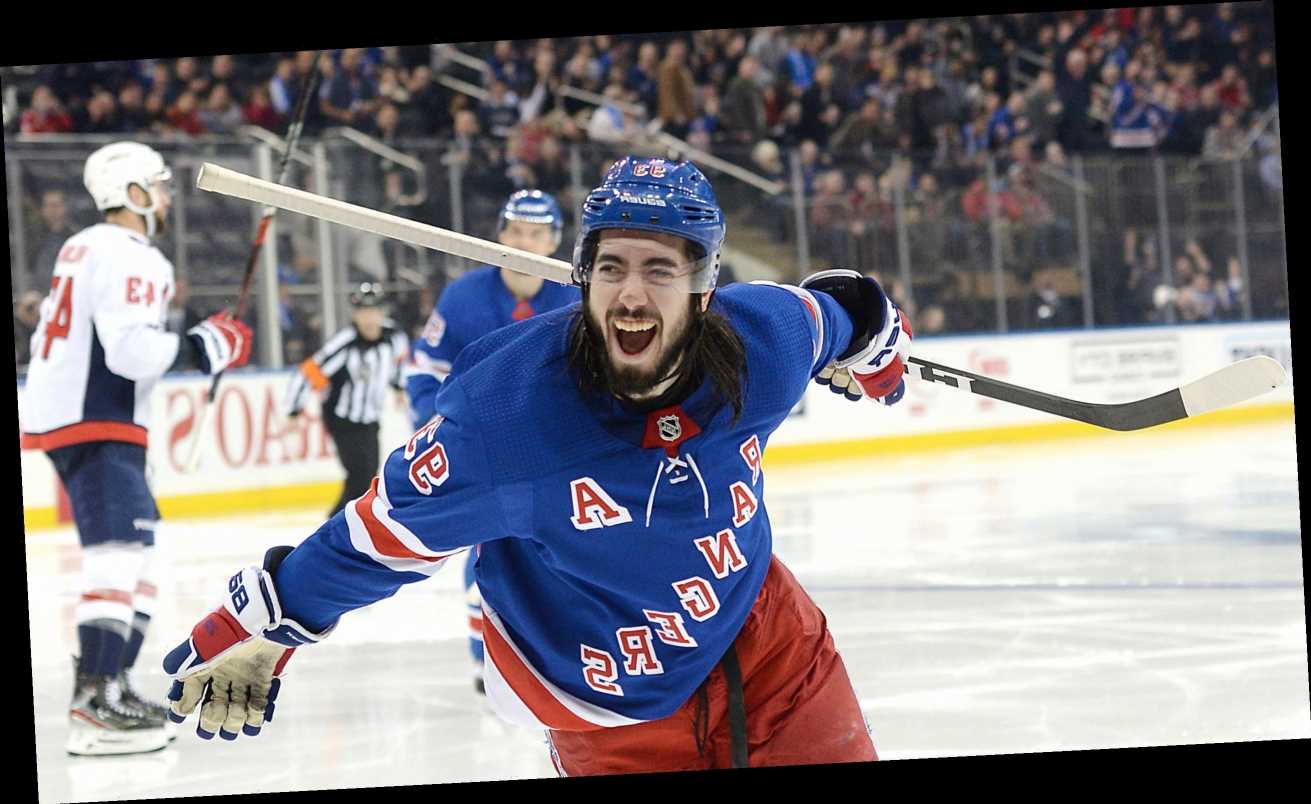 Mika Zibanejad had a special night — and it ended in spectacular fashion.

Zibanejad finished a spectacular breakaway in the three-on-three overtime for his fifth goal of the game, sealing the Rangers’ 6-5 victory over the Capitals on Thursday night at the Garden. Zibanejad now has a team-leading 38 goals this season.

The Rangers (36-27-4) came in on a three-game losing streak, which followed a stretch in which they won nine of 10 to get back into the playoff picture. Coach David Quinn went back to goalie Alexandar Georgiev for his fifth start in the past six games since presumptive No. 1 Igor Shesterkin suffered a broken rib in a Feb. 23 auto accident.

Georgiev had his hands full with the Capitals (40-21-6), who had seemingly let their foot off the gas by winning only four of their previous 11 games, including a 5-2 loss to the Flyers at home on Wednesday night. He was matched by Washington’s backup, Ilya Samsonov, though neither netminder had a particularly good opening 40 minutes, as the clubs went into the third period tied, 3-3.

Zibanejad complete a hat trick just 12 seconds into the third, after an awful Evgeny Kuznetsov turnover went right to Pavel Buchnevich behind the Capitals’ net. Buchnevich quickly fed Zibanejad in front for a slam dunk and a 4-3 Rangers lead.

But Alex Ovechkin woke from his quiet night, ripping a shot from the top of the left circle past Georgiev at 9:22 for his 46th of the season and 704th of his career, tying it at 4-4.

The Rangers then got three consecutive power plays late in the third period, and Zibanejad scored his fourth of the game by finishing a puck that came to him off the back wall following a Kaapo Kakko shot. That gave the Blueshirts a 5-4 lead with 1:42 to play in regulation.

But with Samsonov on the bench for the extra attacker, Ovechkin got his second of the night on a rebound with 42.9 seconds left, tying it, 5-5, and forcing overtime.

The Rangers didn’t quite get out to the start they wanted, trying to carry over some momentum from a hard-fought 3-1 loss to the defending Stanley Cup champion Blues on Monday night at the Garden. Old buddy Carl Hagelin opened the scoring at 7:05 of the first period on a sharp-angle shot that beat Georgiev near side, but it was answered just under two minutes later when Zibanejad got his first of the night on a power-play tip, making it 1-1.

Zibanejad then got his second of the night, finishing on a blast from the left boards at 5:29 of the second during a delayed penalty call on Washington. But the Capitals came back when Ilya Kovalchuk came flying off the bench and got a one-timer from the right dot to go in off the right crossbar, his first goal since going from Montreal to Washington at the trade deadline, tying it 2-2.

The Rangers struck right back, with Tony DeAngelo burying one on a backdoor play at 14:43 of the second, but that lead last all of 15 seconds before Michal Kempny got a soft shot from the left circle tipped by Garnet Hathaway, tying it 3-3 going into the third period.