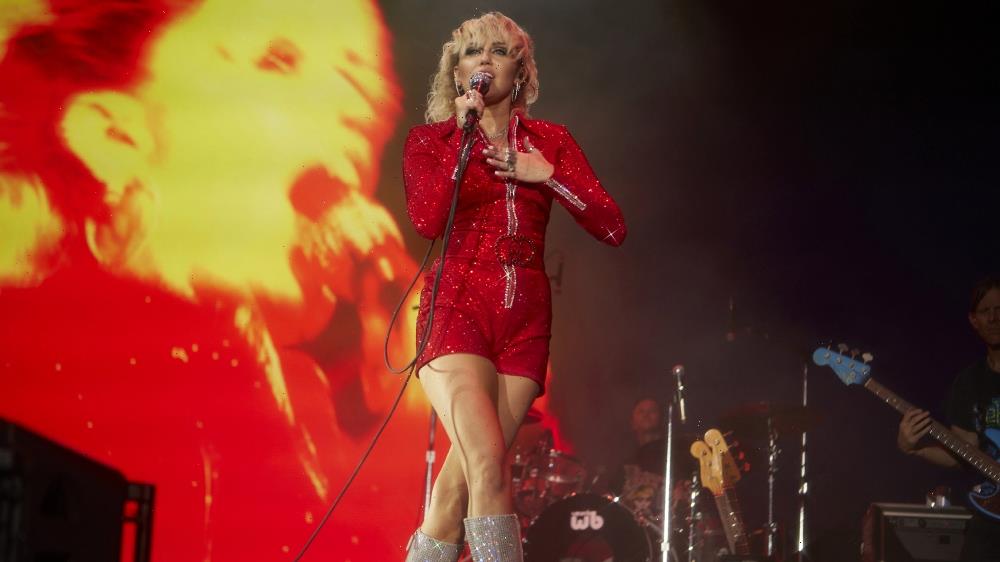 There, she joins a roster that includes fellow female pop luminaries Sia and Lorde as well as such veteran rock acts as Green Day, Weezer and Fall Out Boy, all three of whom are currently on the Hella Mega stadium tour, which was rescheduled from 2020 (although Fall Out Boy had to sit out a handful of dates due to a positive Covid test on the band’s team).

Cyrus has long been comanaged by her mother, Tish Cyrus.

Cyrus headlined opening night of Lollapalooza in Chicago late last month, playing a set filled with her hits as well as several covers and guest appearances: She brought out Billy Idol, Juicy J, Wiz Khalifa, Kid Laroi and G Herbo; played covers of songs that “made me who I am” — Blondie’s “Heart of Glass,” the Pixies’ Where Is My Mind?,” Temple of the Dog’s “Say Hello to Heaven” and Idol’s “White Wedding” — and flashed a big “Free Britney” image, which was accompanied by handcuffs, on the video screen during Spears’ pre-recorded vocal on their 2013 song together, “SMS (Bangerz).”

Her most recent album with RCA, “Plastic Hearts,” was released in November. It was preceded by 2017’s “Younger Now” and  2013’s blockbuster success “Bangerz,” which saw her breaking out of the teen-star mold that had been set on her early releases through Hollywood Records and her starring role on the “Hannah Montana” television show. “Bangerz” spawned hits like “Wrecking Ball” and “We Can’t Stop” and established Cyrus as a major star. In between, the ever unpredictable artist released a psychedelic album with the Flaming Lips under the name Miley Cyrus and Her Dead Petz in 2015.