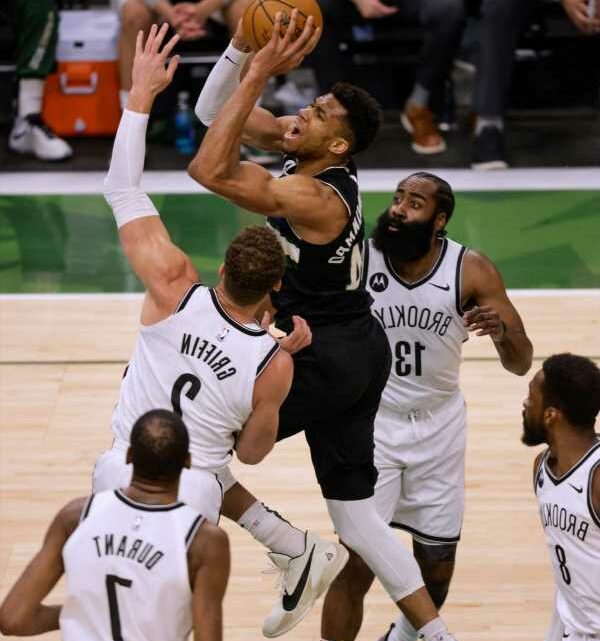 The Milwaukee Bucks bounced back from a disappointing game five to comfortably defeat the Brooklyn Nets 104-89 and force their Eastern Conference semi-final series into a deciding game seven.

After their previous outing was derailed by a scoring masterclass from Kevin Durant the Bucks were noticeably more aggressive on both sides of the ball in game six.

Giannis Antetokounmpo was at his dominant best working in the post, relying on his size to steamroll his way to the basket rather than settle for outside shots.

Antetokoumpo’s effort caving the defence down low enabled Khris Middleton to take on the primary scoring role, finishing five-for-eight from deep and chiming in with crucial buckets every time Brooklyn threatened to go on a run.

Middleton led the way for Milwaukee with 38, while James Harden contributed 16 points and seven assists for Brooklyn.

Though Durant still managed 32 points, the physicality of Milwaukee’s defence did enough to contain him down the stretch, with a late 14-point run from the Bucks enough to ensure the two sides would meet again in Brooklyn on Sunday.