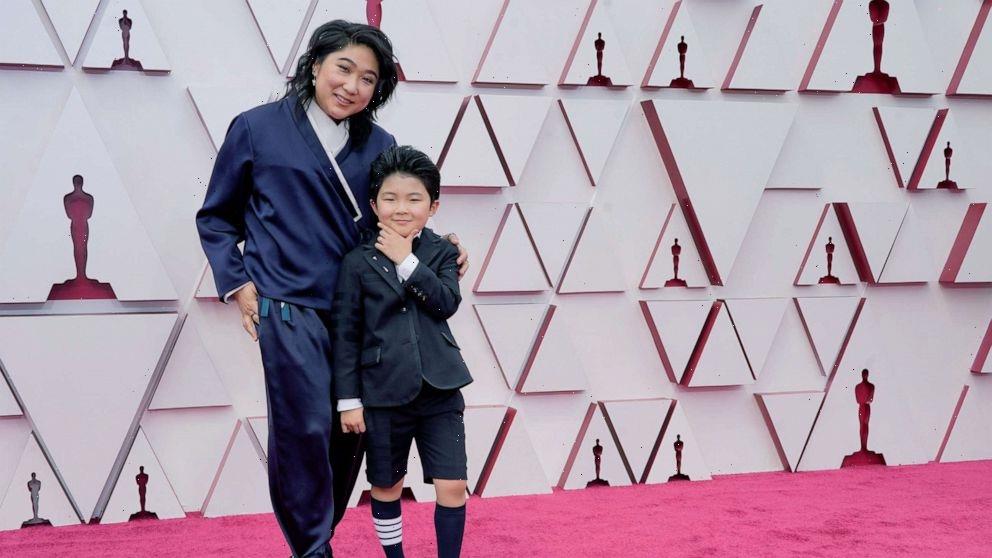 Alan Kim literally stole hearts as he walked the red carpet at this year’s Oscars, but the 8-year-old said that before he headed to the 93rd Academy Awards, he had to complete one chore at home.

The “Minari” actor shared an adorable photo on Instagram of him walking his dog before the show.

“It’s time for the Oscars, but first I have to walk Cream,” he wrote in the caption.

In the photo, Kim is walking his dog while wearing a custom black tuxedo by fashion designer Thom Browne. The tuxedo is a youthful take on a classic tuxedo with shorts instead of slacks and knee high socks.

It’s been a whirlwind of an awards season for Kim and his co-stars of the film, “Minari.” In February, the film won the award for best foreign language film, and earlier this month, actress Youn Yuh-jung, won awards for best supporting actress for her performance as “Soonja.”

“Minari” is nominated for six Academy Awards including best picture.

Daniel Kaluuya Tributes Black Panthers In Oscars Speech: 'They Showed Me How To Love Myself'
Recent Posts