BAFTAs red carpet: Photos of celebrities at the show

Brad Pitt missed BAFTAs to be with daughter after surgery

Bradley Cooper and Irina Shayk pictured together after BAFTAs

“Minari” star Youn Yuh-jung expressed her gratitude for the British “snobs” who voted for her while accepting the BAFTA for Best Supporting Actress on Sunday. All in good fun, of course.

“Every award is meaningful, but this one, especially [to be] recognized by British people, known as very snobbish people, and they approve [of] me as a good actor,” the 73-year-old said, much to the delight of presenter David Oyelowo.

During the virtual press conference following her win, Youn told Variety that her take on the Brits “comes from personal experience.”

“I’ve visited Britain a lot of times, and I had a fellowship in a Cambridge college 10 years ago as an actor,” she said. “Somehow, it felt very snobbish, but not in a bad way.

“You have a long history, and then you have your pride. As an Asian woman, I felt these people are very snobbish, that’s my honest feeling.”

Youn’s portrayal of feisty, foul-mouthed Soon-ja in Lee Issac Chung’s Minari” has already scored the veteran actress a historic Screen Actors Guild award and an Academy Award nomination for Best Supporting Actress, making her the first South Korean woman ever to be nominated for an Oscar in an acting category.

She’s the clear frontrunner going into the April 25 ceremony. 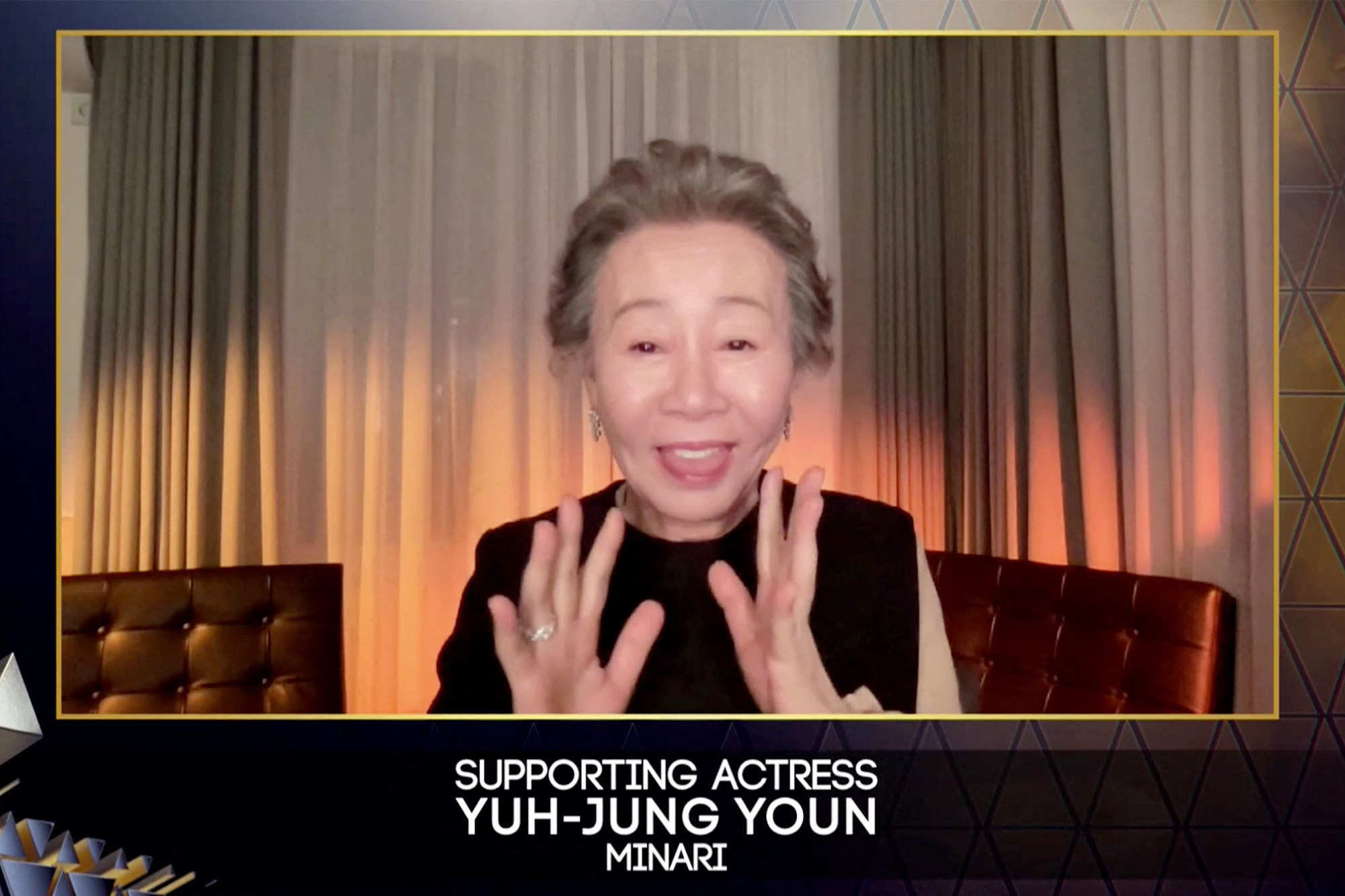 If Youn wins the Oscar for her scene-stealing performance, she’ll be in good company.

“If Bong Joon-ho hadn’t won, then Korean people wouldn’t be all that interested,” Youn told Vulture of Korea’s newfound interest in the Academy Awards, an award show deemed by Bong as “very local” in 2019. Now, the whole world is watching.