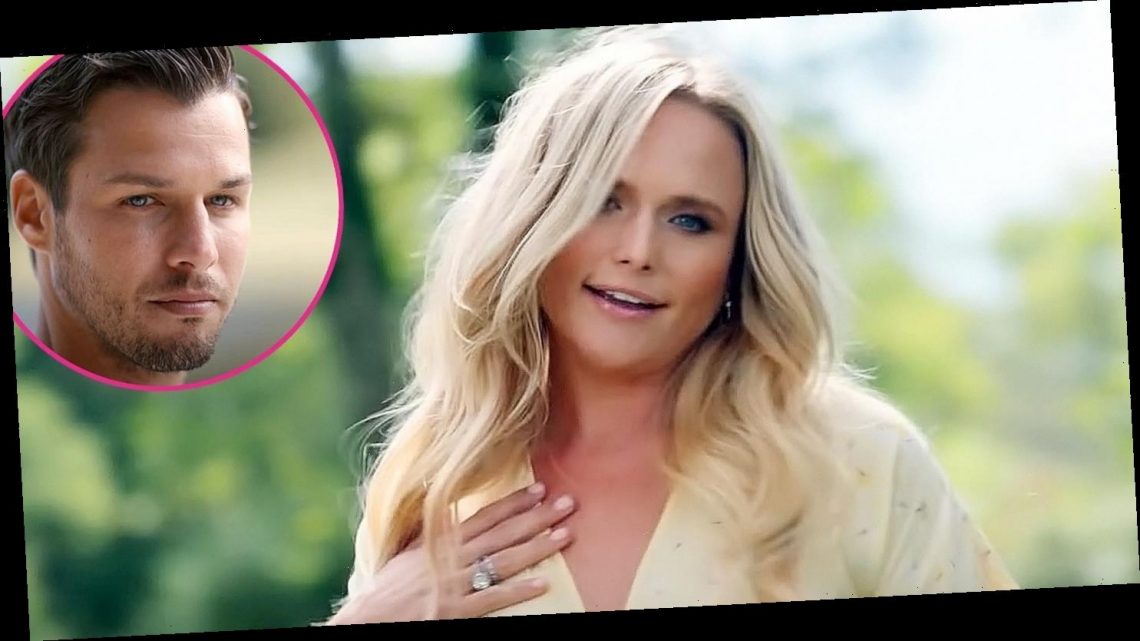 Eye candy! Miranda Lambert revealed that she included her husband, Brendan McLoughlin, in her new video for “Settling Down” partially because of his good looks.

“I think we understand why we had him in my video,” Lambert, 36, told her fans during a live Q&A on YouTube on Wednesday, October 21, as the clip for her new song was released. “Because he’s really pretty and I needed a video babe and he was there, so I mean, it just worked out.”

The “Bluebird” songstress explained that seeing the former police officer, 30, make his music video debut was one of the best parts of the project.

“My favorite part of filming was watching my husband sort of come to life on camera,” she said. “It was his video debut and he’s so sweet and humble about it, but he really killed it, so that was fun to watch.”

The Grammy winner noted that she thinks “he was nervous” to appear in the video, but being on set together made things less scary for him.

Lambert said the video’s concept was inspired by the lyrics of the song and her new life married to the retired NYPD officer.

“I wanted to shoot something at my home, my farm, preferably with my husband. I just felt like it was very intimate and you know,” she explained, noting her favorite director, Trey Fanjoy, brought it to life. “She sort of made it this very beautiful fairytale, but also very down-home and down-to-earth and it was shot at my happy place with my happy person, so it was a really good day.”

The clip begins with Lambert wearing a Cinderella-inspired gown, riding her horse Delta Dawn as McLoughlin is somewhere else on the farm in a tuxedo.

In between clips of the country singer on her horse, fans get a glimpse of her life in Tennessee with McLoughlin. She sips wine while watching her husband fish on their dock. The pair then swing together in a hammock and dance in a field.

The parallels between Lambert’s wild side and her intimate moments as a wife were intentional.

“I’d say life did [inspire me to write and record this song] you know, I got married, but I’m also still really, I love the road,” she said during the Q&A. “I have a gypsy soul and I wanted to write a song that kind of spoke to the sentiment, ‘Can you have both?’ And ‘Is that OK?’ And I think the video just complements the lyrics.”

The video shows the lovebirds’ romantic side as well, with McLoughlin cooking for his wife without a shirt on. The fairytale ends with the New York native standing outside the couple’s barn as his princess arrives on horseback and together they enter the stable.

Both the “House That Built Me” singer and McLoughlin teased the release of “Settling Down” earlier in the week, just days after McLoughlin joined Instagram.

His first post was on October 16, which was a solo shot of him riding a horse. Throughout the week, McLoughlin shared a few more photos, one of which was with Lambert, wearing color-coordinated outfits.

“You’re cute,” the Texas native commented on her husband’s post.

The couple celebrated their one-year anniversary in January, after secretly tying the knot a year prior. The pair met on the set of Good Morning America, where McLoughlin was working security, in November 2018.

The Best Amazon Lululemon Dupes We Found on TikTok