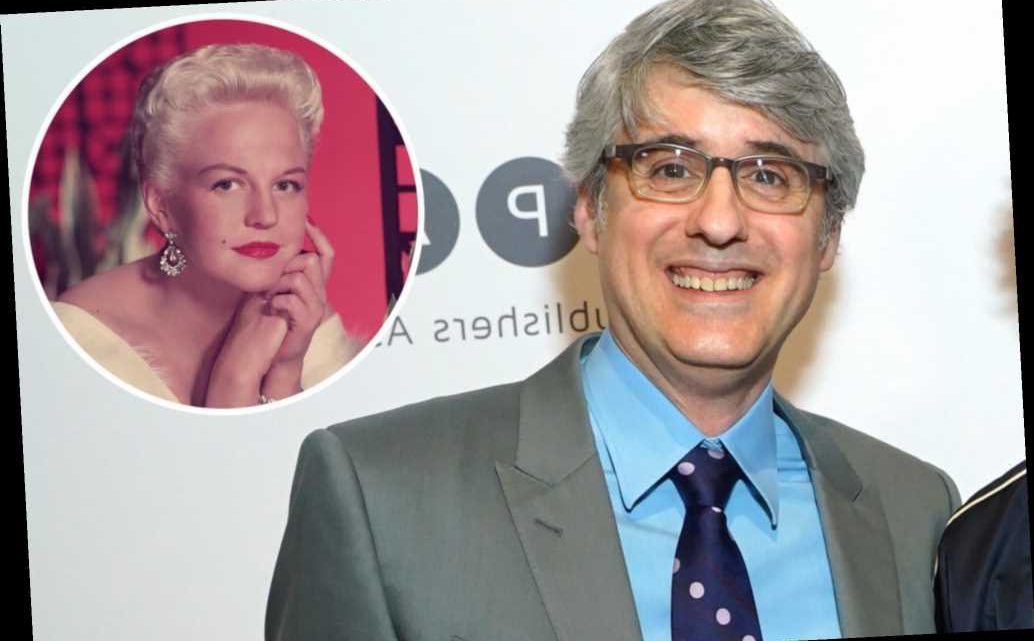 Mo Rocca on searching for Peggy Lee in North Dakota

Celebrate April Fools' with a roundup of celebrity pranks

Steven Spielberg directing his own semi-biopic

Mo: “I was just in Wimbledon, ND, where grass grows wild — but not many people. Peggy Lee’s from here. This would’ve been her 101st birthday so I’m doing a piece on her. She created Top 10 hits in three decades, like ‘Fever,’ ‘Big Spender,’ ‘Is That All There Is?’ Her father, a nearby prairie town’s railroad station manager, made sure the box cars ran on time.”

“So let me tell you what it’s like traveling. I’m following all the rules. I hang back. I avoid all the people. At airports everyone rushes, dashes to line up for boarding like it’s the last plane out of Saigon. And with masks, goggles, gloves, they all look like surgeons. The crew’s bored. Nobody wants chitchat. However, I do admit that when they pass the nuts, I stuff them all in my mouth.

“I had to change planes in Minneapolis. Then I had to rent a car. Its last driver was Edsel Ford. How many people — most named Mary Beth — rent cars in Fargo? And talk about food — it’s chips and tacos. The car-rental lady sneezed over the keys, and I had to wash them. Next time I’ll bring them my MetroCard for a vaccination.”

You give her back those keys?

My ongoing desire to resuscitate Hollywood propelled me to an actual movie theater. Last week my friend and I were the only pair there. Now, to see Benedict Cumberbatch’s “The Courier” was different. The theater had filled. One other lady a row down. Nominated for Best Supporting Oscar, Glenn Close deserves it. Nominated eight times without a win. Should’ve won Best Actress for “The Wife” and got screwed  … From many locked at home, thanks to the Beach Cafe for sending us dinners … And tired, lonely, weary of what we’re going through? Get St. Martin’s “The Four Winds.” It’s on the best-seller list. Author’s Kristin Hannah. Excellent read.

Feast on a fest

The Paley Center’s hosting a virtual PaleyFest. Backstage stuff. Blasts with TV casts. Behind the scenes, like even maybe who did what to who. Starts Tuesday at 10 a.m. on Yahoo! Entertainment and Verizon Media’s Yahoo Entertainment.

Dish from producer Christine Lahti’s “Evil” on CBS is set for Thursday, with moderator Whoopi Goldberg, “The Late Late Show With James Corden” is early early 10 a.m. Wednesday, “The Queen’s Gambit” on Netflix is tomorrow. There’s ABC’s “The Good Doctor,” “Big Sky,” HBO’s “Lovecraft Country” plus a “Six Feet Under” reunion, Apple TV+’s “Ted Lasso,” and FX’s “What We Do in the Shadows.”

Time it right, and you’ll miss only a Huntley and Brinkley rerun.

Looking for a reason to celebrate

Easter. Passover. Time for gratitude and celebration. Happy birthday to 1,600-year-old Venice (who still looks better than some of us weeks younger). Venetians write to say, “Her beauty and glory throughout centuries inspires us. Her green is inspiration for the lagoon reflecting the colorful palazzos, her blue is inspiration for the Mediterranean, and her carmine sunsets make roofs look like a sea of fire.”

Right. We just have to wait until someone writes these same poetic words about Flatbush.

Bye-bye to Jessica Walter. Playwright Neil Simon called her and husband Ron Leibman “The Jewish Lunts.” And to George Segal, who once flew in on his chartered airplane just to attend a boxing contest between Héctor Macho Camacho and Greg Haugen.

And hi there to 174 percent more illegal border crossers this February than last February under Trump. Same day Biden, who seems not to know that, blamed winter for illegal migration, 6,000 foreign nationals were processed by Border Patrol.

The Truth About The Bachelorette’s Connor Brennan