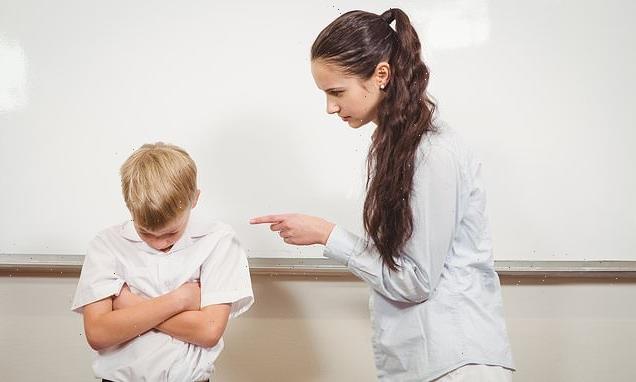 Mother SLAMS ‘out of order’ teacher for punishing her ‘shy’ son, eight, for saying ‘flipping heck’ when he missed a goal during a PE lesson – but others argue it’s ‘bad language’ and ‘shouldn’t be used in schools’

A frustrated mother has told of her anger after her son came home from school and revealed he had been punished for saying ‘flipping heck.’

Taking to Mumsnet, the anonymous woman, from the UK, explained how her son, eight, is ‘incredibly shy’ and said the phrase out of annoyance when he missed a goal during a PE lesson at school.

She went on to explain how the school her son attends has a traffic light discipline system, meaning schoolchildren find themselves in ‘green’ when they are well-behaved but ‘red’ when naughty.

The frustrated mother said the youngster usually ‘bobs along in green’ the majority of the time, but quickly found himself in red for saying ‘flipping heck’ during the football game.

And it wasn’t long before the post was inundated with comments from parents offering a very mixed response – with some saying they couldn’t think of a more ‘tame’ phrase, while other admitted they’d be ‘disappointed’ if it was their child using the phrase. 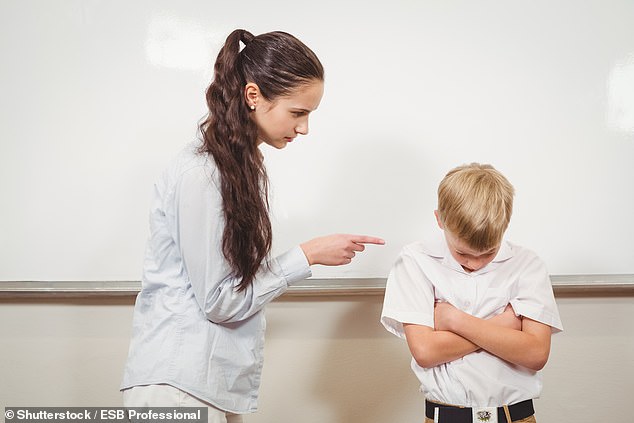 A frustrated mother, from the UK, has told of her anger after her son came home from school and revealed he had been punished for saying ‘flipping heck.’ Pictured, stock image

When the bell rang at the end of the school day, the mum claims her son’s teacher told her that he had been punished for his ‘bad language’.

In the initial post, the woman penned: ‘He looked mortified when he came out and the teacher told me he’d had to go straight onto ‘red’ for bad language during P.E.’

She went on to say that when her son tried to explain what he’d actually said, the ‘teacher interrupted and said ‘please don’t say it again, you’ll only get yourself into more trouble’.’

While the boy apologised, it wasn’t until later that night that he informed his mum that he hadn’t even said a swear word. 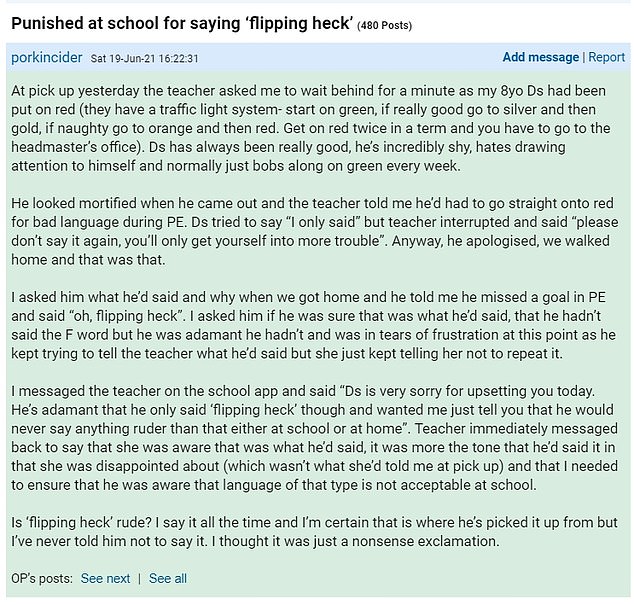 Taking to Mumsnet , the anonymous woman, from the UK, explained how her son, eight, is ‘incredibly shy’ and said the phrase out of annoyance when he missed a goal during a PE lesson at school (pictured)

She penned: ‘I asked him if he was sure that was what he’d said, that he hadn’t said the F word but he was adamant he hadn’t and was in tears of frustration at this point as he kept trying to tell the teacher what he’d said but she just kept telling him not to repeat it.’

After that, the mother got in touch with the teacher and sent her apologies once again, before noting that he had only said ‘flipping heck.’

‘[This] wasn’t what she’d told me at pick up and [she said] that I needed to ensure that he was aware that language of that type is not acceptable at school.’

One person wrote: ‘The teacher must have had a very very sheltered life of that was out of order…’ (pictured)

The frustrated mother was keen to get advice from other parents, and asked whether they considered the phrase rude.

‘Absolutely over the top. Not a habit to get into granted but blimey hardly foul language,’ wrote one, while a second penned: ‘We say “flippin eck” in Sheffield a lot, so that teacher would have us all on ‘red’.

A third added: ‘Nothing wrong with it, they’re being ridiculous. Everybody needs an acceptable way to express their frustration/anger/disappointment. Ask them what he is allowed to say. Flipping heck is perfectly reasonable.’

A further wrote: ‘Poor lad. If its the first time he said it a quick ‘We don’t say that in school, Joe’ should have been enough. Putting him on red when he’s usually very well behaved for something he genuinely didn’t think was wrong could really rock his confidence. I hope he’s OK.’

Meanwhile, a fourth commented: ‘Teacher is bonkers.. I would be checking with the ht about school rules on non swearing being offensive!! The teacher must have had a very very sheltered life of that was out of order…’

However, others admitted they wouldn’t want their children using the phrase.

‘That would definately count as swearing at dc school, tbh I wouldn’t want my dc saying that. Might be a regional thing though,’ wrote one.

Another defended the teacher and explained: ‘Hi mean, it’s not bad language in itself, but it is absolutely a stand in for ‘f***ng hell’ and is used as such, so that’s probably what she’s getting at.’

A third added: ‘Sorry, I disagree and think it is bad language that should not be used in school,’ while a fourth agreed: ‘I wouldn’t say it around my dd and would be disappointed if I heard her say it.’

This Is What Britney Spears Really Wants In Her Life