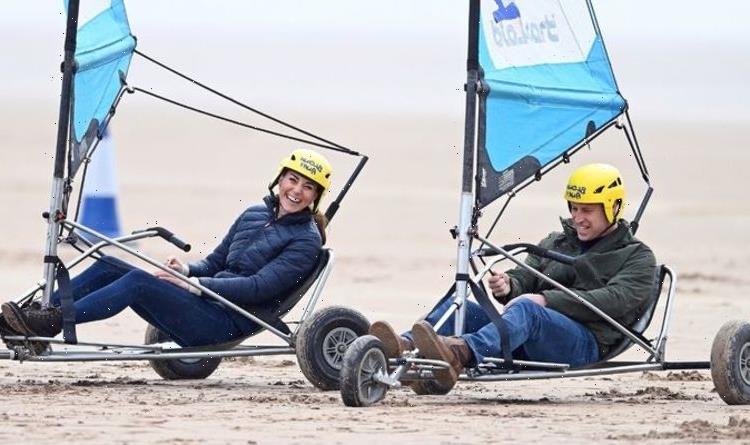 Kate and William: Commentators on ‘contrast’ to Meghan Markle

The Duke and Duchess of Cambridge have been married for a decade. But according to Judi, their marriage has now reached a “new level”.

She said: “They have always been a hilariously and openly competitive couple.

“Especially when they’re pitted against one another in any sport.”

It is a well known fact that Kate is an avid sportswoman, and can make any sport look easy.
Earlier this year she played Emma Raducanu, who recently won the US Open.

The tennis star reportedly referred to the duchess’ forehand as “incredible.”

In May, William and Kate went land yachting on a beach in St Andrews, and Kate was pictured looking joyous and giddy.

On another occasion the royal pair took to the table for a game of tennis, battling it out against each other.

Judi stated that “they have always been the most relaxed and vivacious-looking” when competing with each other.

She added: “Recent poses seem to take that playfulness to a new level, with Kate what looks like helpless with laughter while a grinning and beaming William signals sharing and approval via some congruent signals of glee as he stands beside her.”

It is clear that William and Kate’s relationship is not only secure but also filled with fun.

Apparently, the couples that play sport together, stay together.

Things haven’t been easy for the couple, with the Queen being ill earlier this year and previously the passing of Prince Phillip.