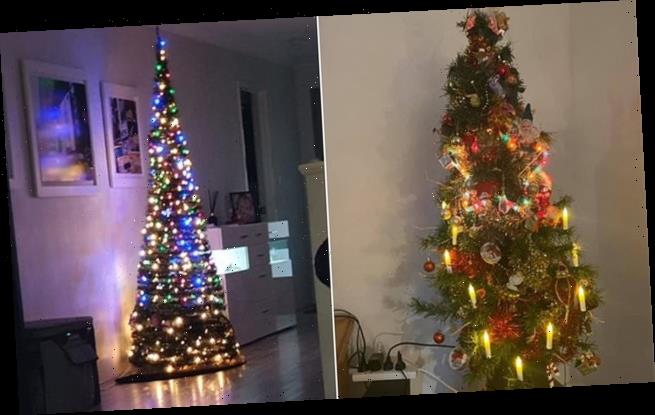 An Australian mum who couldn’t be bothered disassembling the Christmas tree last year has admitted she kept it in the spare room throughout 2020.

On Facebook the woman said opting to store the festive tree in the spare room saved her time, even if it seemed ‘lazy’ to others.

‘Last year I could not find the energy to pack away the Christmas tree, so I picked the whole thing up and put it in the spare room and closed the door,’ she said.

‘This year, I picked up the Christmas tree from the spare room and put it in its usual Christmassy spot.

‘I don’t know if this is a life help or just makes me look lazy – but easiest Christmas decorating ever.’ 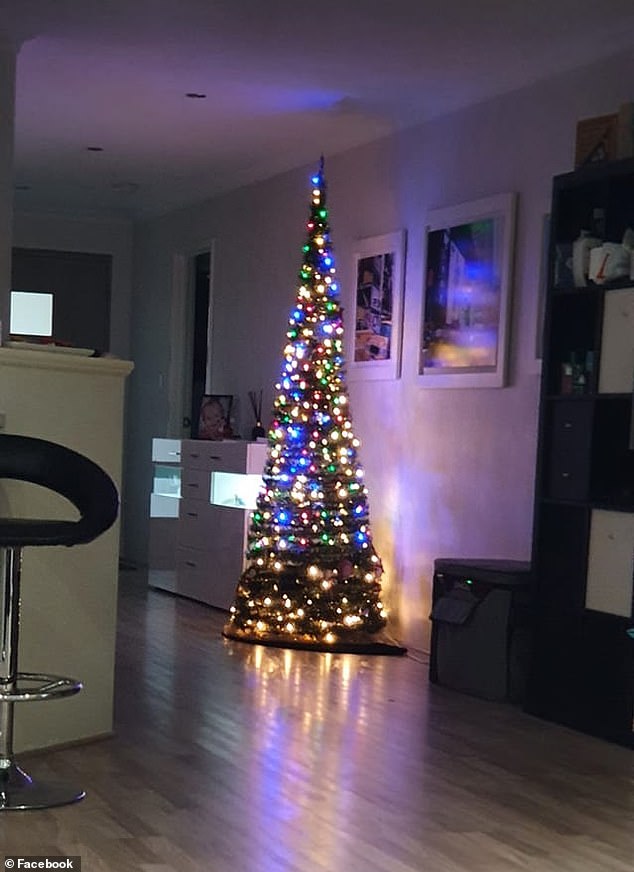 The humorous confession captured the attention of other Facebook users, and many also admitted they too have been doing the same thing for years.

‘For five years ours has lived in our third shower that we didn’t use. It still had lights, tinsel and decorations. We just sold it and got a pop-up tree to save time,’ one person said.

‘My sister for the last few years has just glad wrapped the whole tree, including decorations, then pulls it out and unwraps it and viola – totally decorated tree ready to go,’ another said.

A third added: ‘I did the same thing but put my tree in the garage. I just unwrapped it today and “hey presto” it’s Christmas!’ 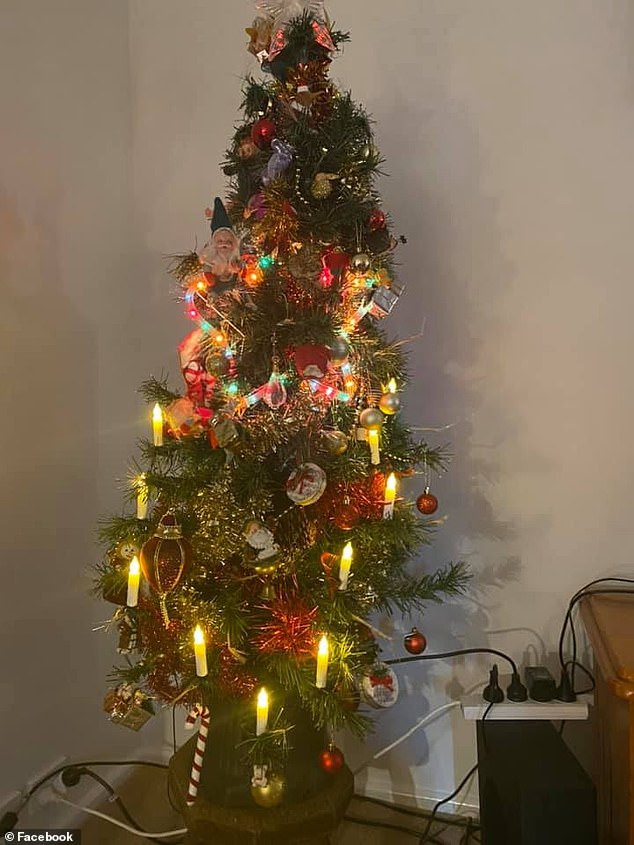 The humorous confession swiftly grabbed the attention of other Facebook users, and many also admitted they too have been doing the same thing for years

Another man also shared an image of his unusual Christmas spot to avoid the pet cats from jumping on the tree.

‘We have cats that think they need to ‘kill’ the decorations, so… it has bene up all year,’ he said and revealed the tree is hung upside down from the roof of the living room.

One woman said her family tree is ‘nailed to the wall’ all year round too. 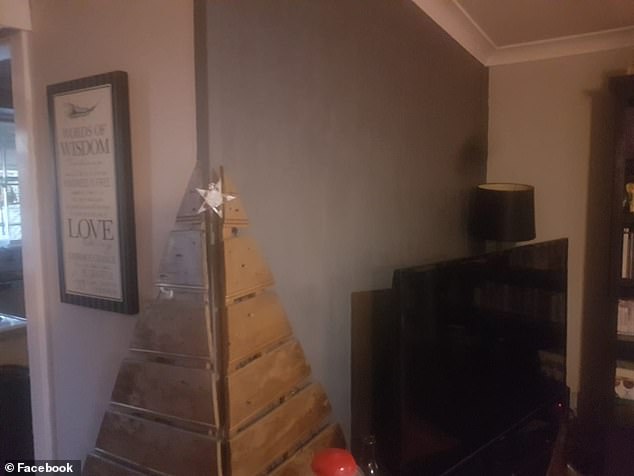 After sharing the image on Facebook, the woman was delighted to discover others also don’t pack away their Christmas tree.

‘I can’t believe I am not the only one! Usually we pack everything away (decorations first, etc) in a plastic container. Now that the kids are teenagers, it’s usually me doing it. Not anymore!’ she said.

The funny post itself was ‘liked’ more than 390 times from kind strangers part of the Facebook group. 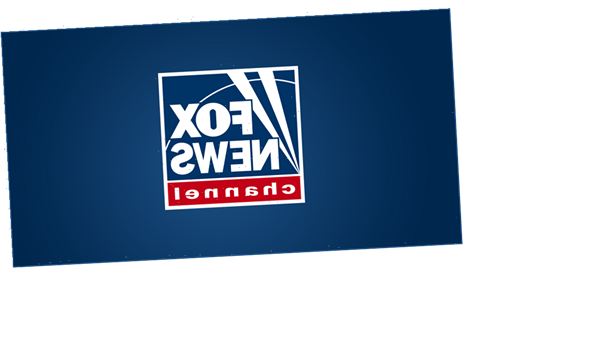 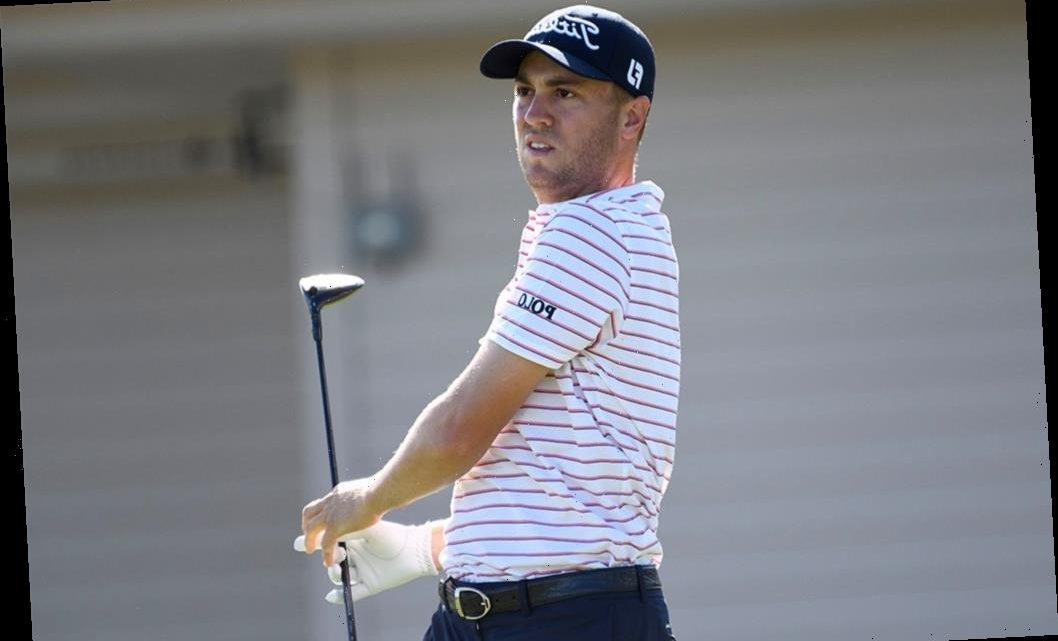 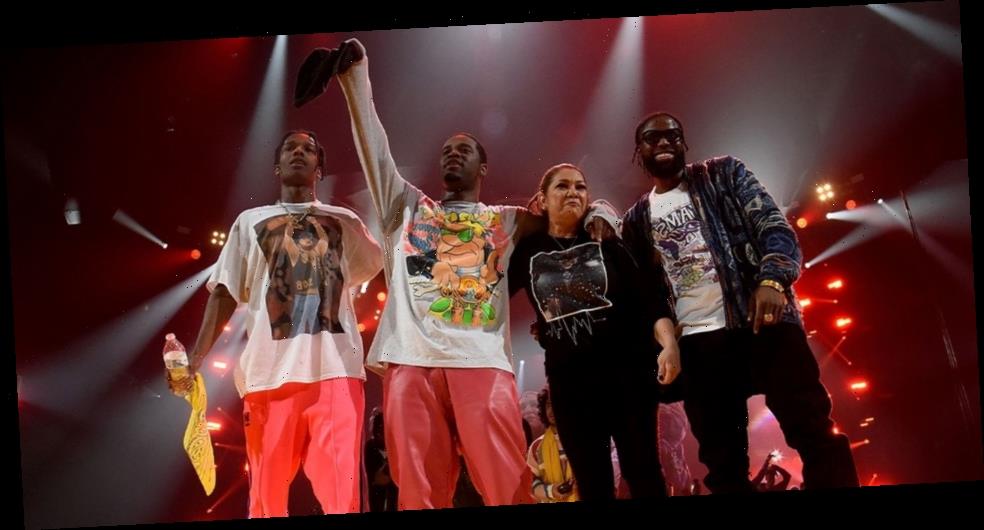