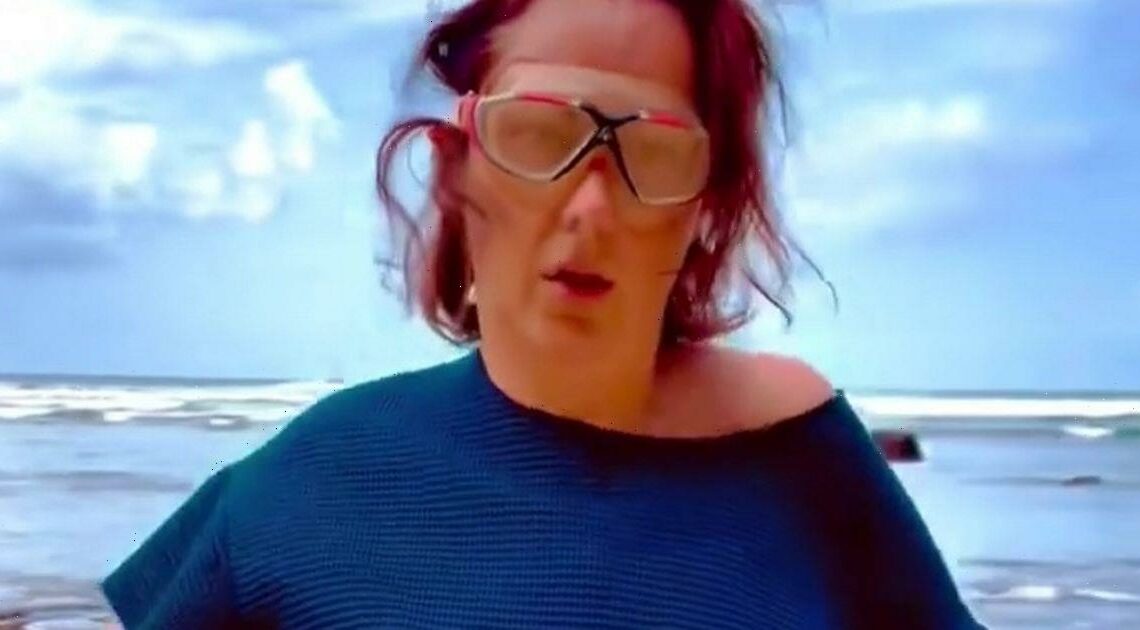 A mum has channelled her inner super model and replicated a "hot girl summer" look in a hilarious parody video.

Celeste Barber, from Australia, gained fame from doing a series of challenges where she showed realities of a "mum bod" by imitating celebrities' social media post.

In her latest Instagram post, the 40-year-old comedian poked fun at Brazilian bombshell Izabel Goulart, who is known as a former Victoria's Secret angel until 2008.

The model showed off her tanned and toned muscles in a marine blue minuscule bikini while donning a futuristic-looking sunglasses.

She leaves her fans with little imagination in a cropped top and flashes the bottom of her boobs before she turns around to show her peachy bum in a strappy bikini bottom.

Celeste, who never lets her fans down, puts on a similar outfit but swaps the cool shades to a chunky swimming goggles with reflective glasses.

She adjusts the straps around her belly and flips her hair in an awkward way while striking a fashion model pose.

The Instagram joker then turns around and gyrates to show her tan marks on her bum.

Fans couldn't get enough of her and said they prefer her dance over Izabel's.

One viewer wrote: "The face at the end… gets me every time."

"Is it me or is Celeste just getting hotter?" a second asked and a third commented: "Love this woman, she gives me strength when I go holiday."

This is not Celeste's first rodeo in bikini parodies, she previously tried to replicate an influencer's "sexy bikini" video but ended up almost tripping over in a hotel room.

She also took on Kim Kardashian's poolside bikini snap and replicated the outfit on a budget version with DIY products.