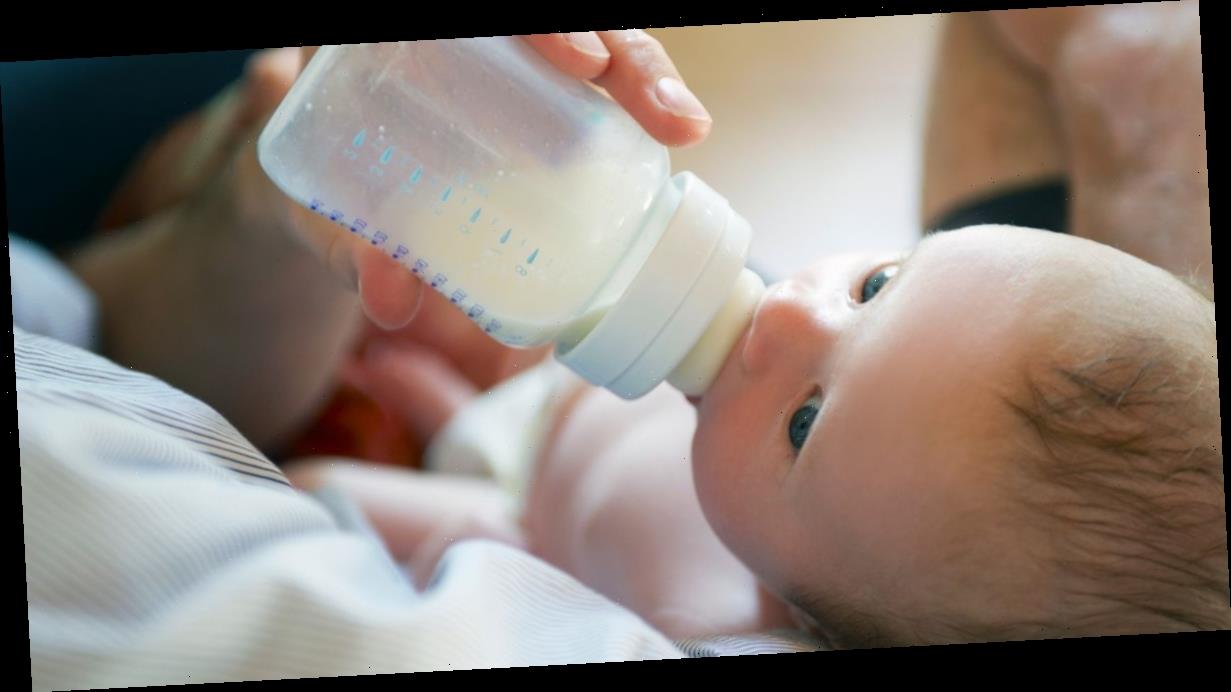 Experts have slammed parents who feed their babies 'knock out' bottles – packed full of a 'dangerous' mix – to help them sleep through the night.

Mums have shared their recipes for the 'knock out' bottles on social media, with some filling them with cereal, rice, purees and even medicine to ensure their babies drift off at night.

The bottles are made from formula or breast milk, which is then mixed with other food or medicine.

Alexis Delaney, from New York, posted on Facebook to her knock out bottle – which included adding Tylenol when her little boy was unwell – had worked "every time". Sharing a snap of the concoction, Alexis wrote: "Y’all parents today!! Don’t know these knockout bottles! S**t worked every time. Especially when [the baby] is sick, add some Tylenol. Awww man out like the kite."

Her post attracted a barrage of criticism from other parents, concerned about givng solid food to babies younger than six months.

The NHS recommends that babies under six months should only have breast milk or formula.

It warns adding ‘extras’ to baby’s formula powder can cause constipation, dehydration and undernourishment.

The post, dated from November, has resurfaced after being shared thousands of times online. One mother hit back over the resurfaced concoction on Facebook, arguing: “Cereal is NOT made to be bottle fed!”

Another wrote: “I’ve never used rice cereal in or out of the bottle. There’s no nutritional value. Learn to love the babies' cries at night because one day you will look back and miss it and wish you could have that back.”

One Facebook user branded parents ‘idiots’ for using ‘knockout bottles’, writing: “That is disgusting, and very dangerous to any child!!! Who let these idiots ever take a baby home from the hospital!?! This goes far beyond bad parenting.”

However, other mothers wrote in support – admitting they had fed their babies the mixture to help them sleep. Tykerria Matthews added: "Knockout bottle? Honey almost every bottle Myah had was like this – she was GREEDY! & she loved it so."

Another posted a photo of a bottle concontion, writing: "This is a real 'mommy had a long day son, I love you but good tf night bottle."

One Twitter user added: “I couldn’t get my teething four month old to sleep through the night to save my life and I just started working again so I desperately needed sleep.

“I mixed some cereal in a bottle with [medicine] benadryl and melatonin. Put him down, let him scream for about two hours and he was OUT for the whole night. For any of you that needed some tips on how to get your infant to sleep.”

While another admitted: “Cereal milk bottles knock my son out! He will be asleep for 5-6 hours straight!” A third added: “My baby is only four months and already finishing 8oz bottles with cereal.”.

But nutrition consultant, Charlotte Stirling-Reed, warned parents about adopting the method of getting their baby to sleep.

She said: "Knock-out bottles put babies at risk of choking. It’s not ideal and not recommended to offer babies solid foods from bottles.

"The action of drinking milk is very different to the action of swallowing solid foods, and therefore this could potentially put babies at risk of choking.

"Additionally, formula milks need to be made using very specific measurements and so it’s not ideal to alter the proportions of milk/water in a baby’s bottle." She added: "The main reasons being it can cause choking or a baby to overeat and hence have an inappropriate weight gain.

"Parents who add food to their baby’s bottle are often doing so prior to 26 weeks which is when a baby should be weaned and not before. So this is also a big no.

"There are absolutely no guarantees that a baby will sleep just because food has been added to the bottle.

"Also no medication should be added to a bottle unless otherwise advised by a medical practitioner.

"For example if a baby has reflux then the GP/HV will advise that something like Infant Gaviscon is added to the milk.

"If a parent routinely adds medication to a bottle and then the child doesn’t complete a feed then they have no idea if the drug has been taken.

"To summarise to add anything to formula milk unless recommended by a child health professional is a big ‘no’.”

Specialist Paediatric Dietitian and founder of UK Kids Nutrition, Bahee Van de Bor, admitted she was shocked by the photos.

She said: "Adding solids into a formula bottle increases babies risk of choking. It can also increase a baby's intake of calories (above and beyond their requirements) and wouldn't necessarily promote sleep.

"It's perfectly natural and normal for babies to wake up two or three times overnight.

"It's a natural instinct to try to stop babies from crying at night, but research suggests that letting babies cry a little bit with your loving support to teach them to learn to fall back to sleep, could help babies learn to soothe themselves when they do awake."