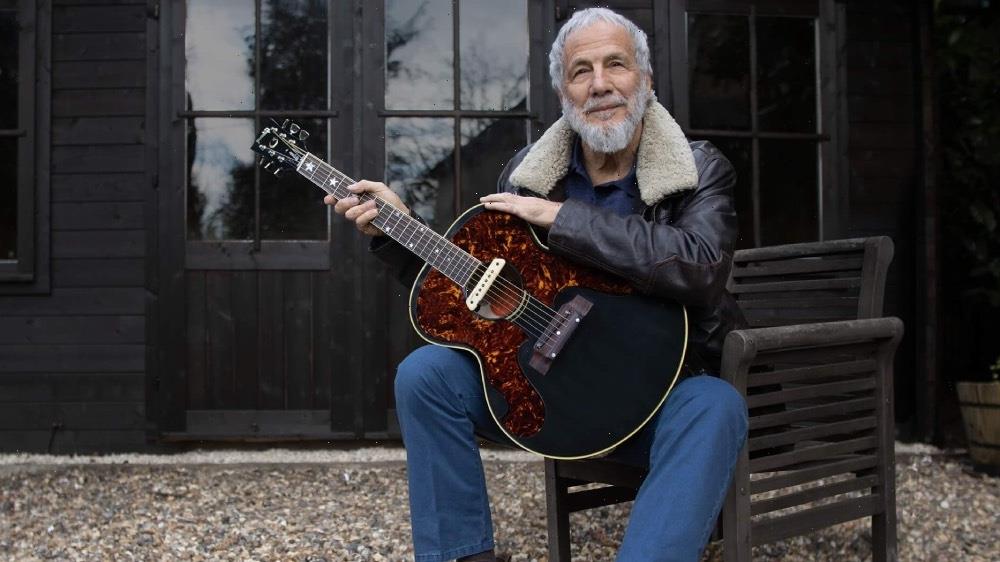 WME has signed Rock and Roll Hall of Famer Yusuf/Cat Stevens for representation in all areas. The British singer-songwriter is currently working on a new album, along with various other projects including an autobiography and an upcoming 2023 global tour.

Within the last couple of years, Yusuf has reworked and re-issued several of his previous projects in honor of their 50th anniversary. He’s entirely re-recorded “Tea for the Tillerman as Tea for the Tillerman2,” and released a box set in celebration of the original 1970 album’s debut. Additionally, the 50th-anniversary boxsets for “Mona Bone Jakon” and “Teaser and the Firecat” will be followed-up with a newly remastered anniversary edition of his 1972 album, “Catch Bull at Four,” slated for release in December.

Last year, his children’s book “Yusuf’s Peace Train,” became a New York Times best-seller, and he was featured in the Apple TV+ documentary, “1971: The Year That Music Changed Everything,” studying the connection between music and significant social and cultural reform.

+ Following the opening of Concord’s global headquarters in Nashville, the U.S.-based rights company has rebranded with a new logo.

Concord’s new headquarters were constructed in 2020 and 2021 and opened officially earlier this year. The new space features an 8,300 sq. ft. expansion of its 2nd-floor offices in Peabody Plaza. The LEED Silver certified, 50,000 sq ft space in the Rolling Mill Hill neighborhood, is almost triple the size of Concord’s former offices at 1201 Demonbreun St.

“Concord has grown significantly in the last seven years, necessitating new offices in LA, NYC, Berlin and Nashville,” said Bob Valentine, Concord president. “Marrying not only copyrights, plays, musicals, recordings and other narrative content, but more importantly merging the cultures of the many companies is what makes us the Concord of today.”

According to a release, the move falls in line with Concord’s expansion plan to represent Concord’s artists, playwrights and composers “as none of them sought the easy path to get to where they are; instead, they aggressively challenged what could be. The new Concord logo and identity is rooted in all these things, with artists as the pillar.”

Based in New York, Stewart will expand his current duties to lead promotion strategy and campaigns for all urban artists. He will report to Mike Chester, executive VP of promotion and commerce. Sparks, who joins Warner after a decade with Epic Records, will be based in Atlanta, GA., and reports to Stewart.

Said Chester: “Ron is one of the most respected and admired promotion executives in the business and all of our artists benefit from his musical insight and unmatched expertise. And Cory has a proven track record and has been instrumental in breaking some of today’s biggest superstars. I’m looking forward to working with both of them and the overall team in expanding the reach of our multi-faceted Promotion department.”

Stewart came to Warner Records in 2019 and has scored chart-topping singles from Saweetie, NLE Choppa, DVSN, Freddie Gibbs and more. He joined the label from Atlantic Records, where he was the Northeast/Midwest regional promotion manager. Sparks was VP of promotion at Epic Records, where he worked with Future, Travis Scott, DJ Khaled, and Giveon.

+ Jessica Curtis has joined Irving and Jeffrey Azoff’s Full Stop Management, where she will work closely with manager Andy Mendelsohn on his longtime client Kings of Leon.

In her prior role as a consultant with Mendelsohn, the New York-based Curtis helped launch a line of whiskey for Kings of Leon and the “It’s Always Sunny in Philadelphia” cast and was instrumental in the latter’s debut into live tapings for its “Always Sunny” podcast.

Previously, Curtis spent more than seven years working under her father (Kelly Curtis) as part of the Pearl Jam management team, for which she served as director of marketing and branding. She went on to oversee new business and partnerships for the creative agency Night After Night, including its subsidiary Spirits of the Night, which pairs celebrated artists with world-class spirits.

+ Milk & Honey Music + Sports has announced the launch of a U.S. Scholarship initiative that will kick off in Feb. of 2023. Successful candidates will be female writers and producers who will live, work and create in Los Angeles for two months with guaranteed access to the Milk & Honey roster and in-studio sessions.

Tetteh will work with internal and external partners on exposure strategies for a wide range of clients including Hulu’s “Iron Mike” series, Jon Batiste, Mariah Carey, National Black Theatre and more. He will aim to “maximize visibility for his clients at local, national and global media platforms across theatre, music, film, fashion, and lifestyle industries,” according to the official announcement. Tetteh, who is based in New York, will report directly to Chris Chambers, principal/founder at The Chamber Group.

Atran will serve as the exclusive independent public relations executive. She will be responsible for developing, executing, and overseeing press campaigns, in addition to securing exposure for artists (Big Sean, T.I., Zara Larsson, Dave East, Sevyn Streeter and others) across a broad scope of media platforms. She will also drive the day-to-day implementation of client communications including crisis response strategies and the drafting of client statements. Based in New York, Atran will also report directly to Chambers.

Taillie joined Shore Fire’s Brooklyn office in 2007 and has since been described as an “integral part” of Shore Fire’s growth by mentoring young staffers and driving the company’s publicity campaigns. His music clients include Angélique Kidjo, Cyndi Lauper, Esperanza Spalding, Floating Points, Jacob Collier, and Rhiannon Giddens among others. He has also played a key role in establishing Shore Fire’s music technology roster, working with the live event e-commerce platform Lyte and OneOf, a leading Web3 platform for music and lifestyle brands.

“Chris is a leader, tastemaker and trusted advisor at Shore Fire who has helped to expand and define our roster in crucial ways,” says Matt Hanks, senior VP. “With clear vision and a steady hand he guides his clients to awards and acclaim, and his teams to professional growth. We’re so fortunate to call him our colleague and we celebrate his elevation to Vice President.”

+ Kayla J. Williams has launched her own public relations venture: kj pr. After spending over a decade at two both BECK Media and Giant Noise, the seasoned publicist will continue to work with clients in the entertainment and music sectors.

According to Willimas, the company name stems from “a family nickname and what folks from childhood still call me. When deciding what type of company I wanted this to be, I wanted to give tribute to that weirdo kiddo that was playful and creative. That is the core of kj pr.”