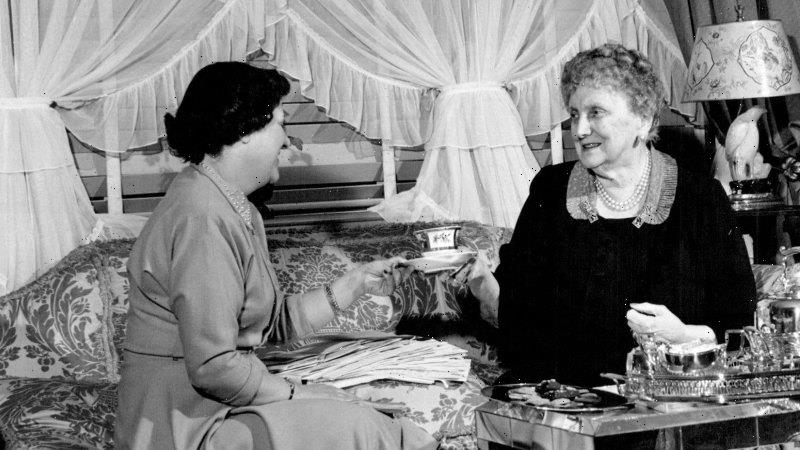 My Gawd! This 100-year-old etiquette guide might still hold some useful lessons

“A showgirl may be lovely to look at, as she stands there in a seemingly unstudied position and in perfect clothes. But let her say ‘My Gawd!’ or ‘Wouldn’t that jar you!’ and where is her loveliness then?”

The scenario hails from Emily Post, the behavioural umpire whose bible appeared 100 years ago. The title sums it up: Etiquette in Society, in Business, in Politics, and at Home (Funk & Wagnalls, 1922). At 600 pages, the book coaches you in small-talk and salutations, luncheons and apparel, bridal bouquets and funeral invitations.

While some predicaments are rarer nowadays, like chaperon vigilance or footman interactions, other rants still resonate. At the theatre, say, I applauded Emily’s stance on mid-show chitchat. Just as I admired her anticipation of mansplaining: “As a rule, the man who has been led to believe that he is a brilliant and interesting talker has been led to make himself a rapacious pest”. 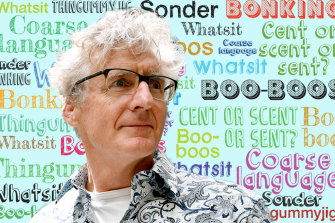 Will a phrase like “get-go” jeopardise your next job interview?, asks David Astle.Credit:Jo Gay

By now you’ll sense the signature gusto that pervades Etiquette. Ms Post has major sass, evoking scenes entailing such stereotypes as Mr Toplofty, Mrs Kindhart, Delia the Assistant, and The Wellborns. Though perhaps her sharpest gibes are reserved for the language section, where that same vulgar showgirl lives.

The art of saying hello, for instance, is a Postopian minefield. Apparently “g’day” or “sup” are no substitutes for “How do you do?” Inflection must be tickety-boo in order to avoid offence. As for farewells, “goodbye” is sufficient – “It’s been a great pleasure” if you must – while “au revoir” is obnoxious.

Next comes a table of words destined to win favour or earn social exile. To test your refinement, would you choose to say “residence” or “house”? “Converse” or “talk”? “Ablutions” or “wash”? In all cases, the former synonym is deemed infra dig, as the fancier expression betrays the upstart’s desire to seem erudite when really the common touch signals a greater familiarity with one’s station. Shades of today’s super-rich opting for athleisure over tailored suits. 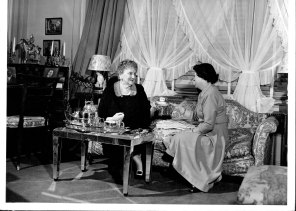 Likewise, in the Gospel According to Emily, never use “folks” to denote family – or denote anyone. Choose “think” over “reckon”, “winsome” over “cute”, while “tintinnabulary summons” will never deputise for “bell”. Intriguingly, each booby-trap evokes the British debate that flared during the 1950s, fanned by novelist Nancy Mitford in her divisive essay, The English Aristocracy.

Once more, the treatise tackled shibboleths, those telltale words separating the in-crowd from the riff-raff. Just as “haitch” or “youse” will flag a speaker’s credentials today, so did the U-words and non-U word of Mitford’s catalogue: the Upper (and non-Upper) class options. “Napkin”, say, was a snootier “serviette”. “Jam” outpointed “preserve”, as much as “sofa” left “settee” on the kerb.

In the swipe-right realm of today, such linguistic tripwires may seem laughable, largely since they are. Yet both Post’s playbook and Mitford’s essay tapped into their own era’s anxiety, the two works emerging amid post-war austerity where the least advantage could be grubbed from knowing a graveyard over a cemetery, a curtsy versus a bob.

Here in 2022, as markets wobble and Russia snarls, who’s to say the angst has quit our bloodstream? If etiquette is the upshot of good breeding, and language the outcome of a rounded education, then a well-worded email may yet grease the vital wheel.

Will a phrase like “get-go” jeopardise your next job interview, or will it pave the way to amicable elbow-bumps at a responsible distance? All we need is for Emily and Nancy to adjudicate on gig-worker tips, emoji quotas, Zoom protocol and gender-reveal gift ideas, and my Gawd! We may yet cut the social Dijon.

To read more from Spectrum, visit our page here.