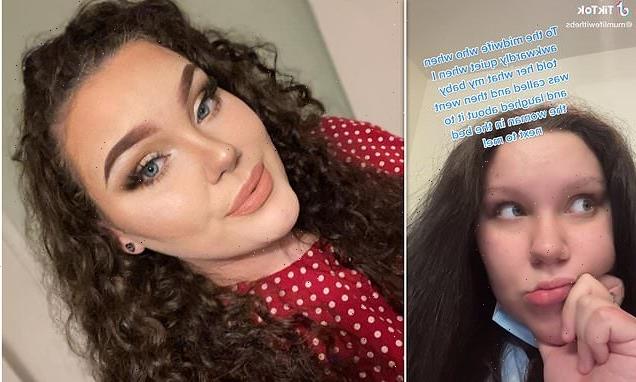 A mother has revealed how her midwife made fun of her baby’s name as she recovered from giving birth.

Mother-of-two Ebony, 22, from Yorkshire, gave birth to her second son Bleu in May 2022 and recounted her experience in hospital in a viral TikTok that has amassed over 82,000 views.

After she had delivered her baby, Ebony says her midwife came to check up on her – before then proceeding to mock her choice of moniker.

Filming a video of herself rolling her eyes in frustration, Ebony said it was intended to be seen by the ‘midwife who went awkwardly quiet’ after learning her baby’s name. 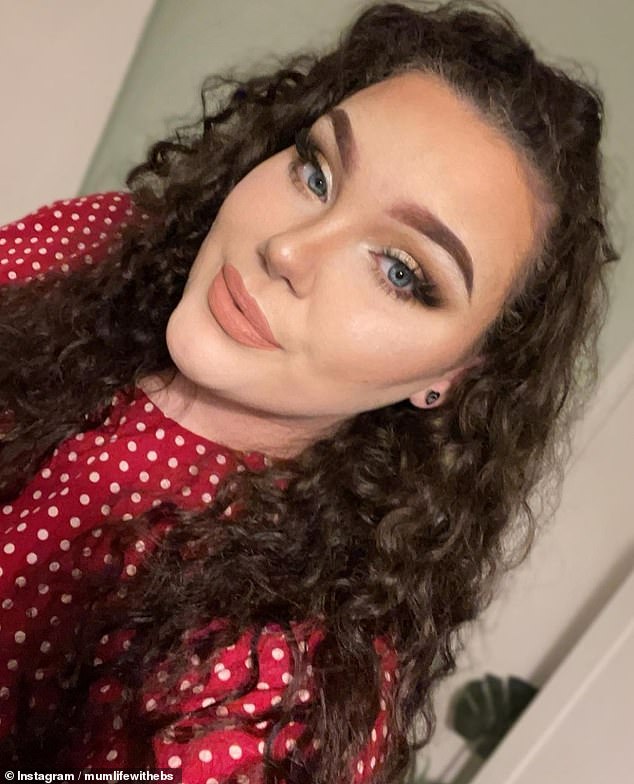 Mother-of-two Ebony (pictured), 22, from Yorkshire, gave birth to her second son Bleu in May 2022

Describing the awkward exchange, the mother continued: ‘[She] then went and laughed about it to the woman in the bed next to me.’

She captioned the video: ‘[The midwife] was called KAREN.’

In a follow-up video, Ebony explained how her and her partner had originally settled on the name Arthur before changing their minds at the last minute.

The mother said she originally came across Bleu on baby app. Despite being unsure of it at first, Ebony says she then couldn’t get it out of her head. 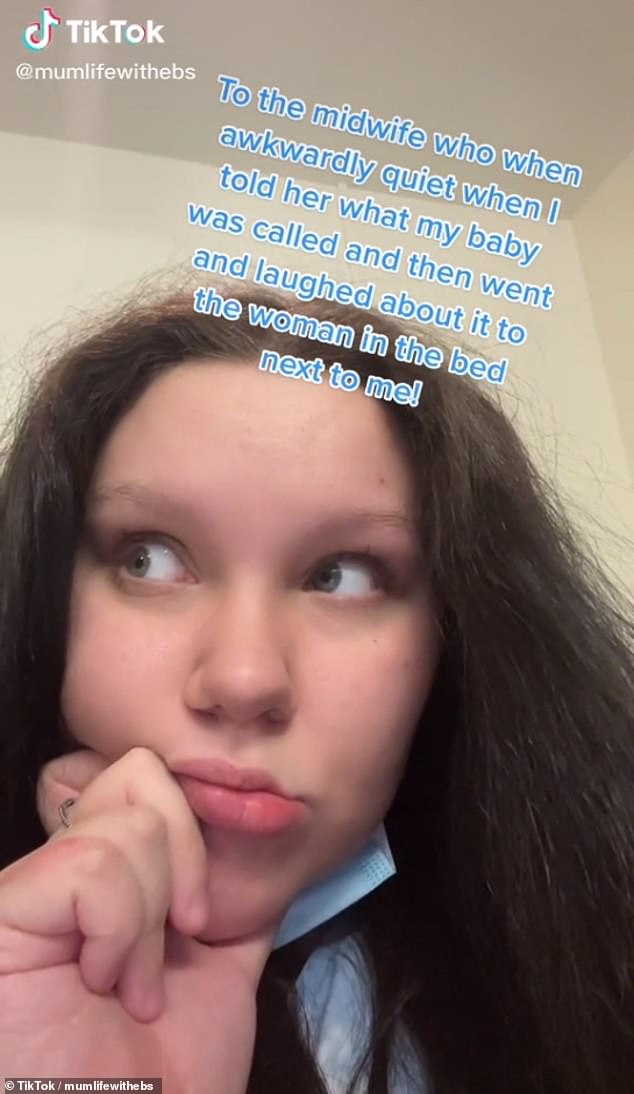 In a viral TikTok that has amassed over 82,000 views, Ebony claimed her midwife mocked her choice of baby name

She explained: ‘When I first see the name Bleu I thought, ‘that’s a bit of a weird name…that’s a bit silly,’ but then I couldn’t stop thinking about it.

‘I fell in love with it and liked it a lot better than I did Arthur.’

What’s more, the mother also felt the moniker worked well with Beau – which is the name of her firstborn.

Ebony has now founded her own business, which she has called The Beau and Bleu Boutique as a tribute to her two children.

Earlier this month, she filmed another video hitting back at people who comment on her children’s names. 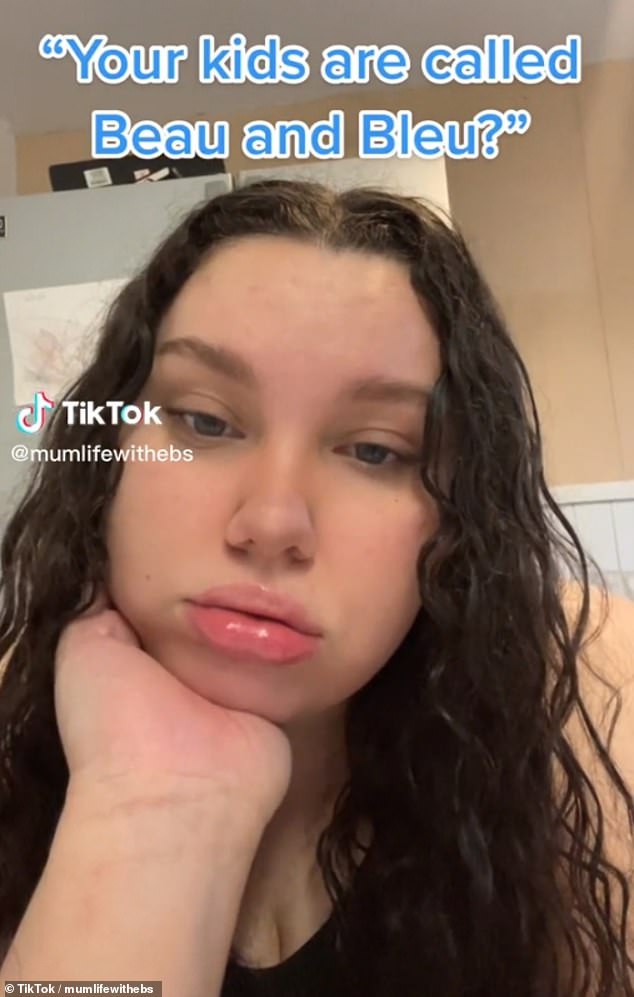 Earlier this week, the mother hit back at trolls who have criticised her for picking the names Bleu and Beau for her children

In the five-second clip, Ebony fillmed herself rolling her eyes as she responded to critics who ask: ‘Your kids are called Beau and Bleu?’

Although Ebony says her choices of monikers get a mixed reaction from people, followers were quick to rally around the mother in the comments.

‘Too many people have too many opinion on other peoples children,’ one replied. ‘I think there unique.’

Another added: ‘Don’t get why it’s so weird… would it be better if you had a Jayden and Okayden???’

Meanwhile, a third reassured the mother that they were ‘completely normal names’.

‘I have two little girls called Blèu and Beaux,’ a fourth said.