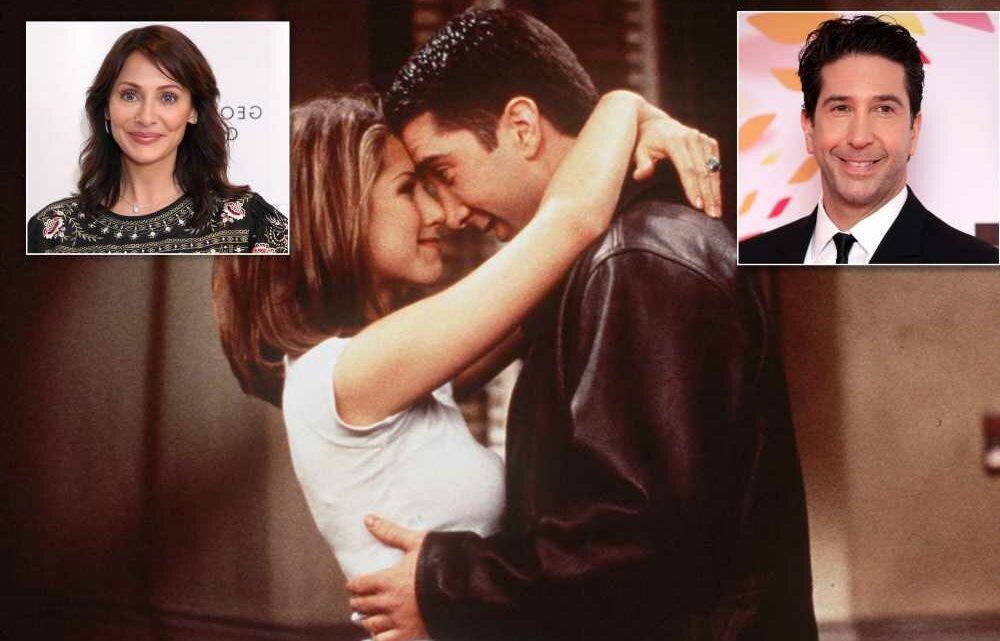 Inside David Schwimmer’s ‘crappy summer jobs’ before he landed ‘Friends’

Golden girls! Three best friends that turn 100 in the same week dish on how they did it

At least she’s not all torn up about it.

Whether they were on a break or not, “Torn” singer Natalie Imbruglia is expressing how she feels after recently learning that her ex-boyfriend David Schwimmer had a crush on his “Friends” co-star, Jennifer Aniston, while they dated in the ’90s.

“I’m OK with whatever happened back then,” Imbruglia, 46, said on Australia’s “Kyle and Jackie O Show” radio broadcast this week.

Imbruglia couldn’t quite narrow down the exact timeline of her romance with Schwimmer, now 54.

But she did recall feeling very welcomed by all of her ex’s cast mates when she visited him on the “Friends” soundstage at the Warner Brothers Ranch Studios in California.

“I do remember being on the set and I remember everyone being lovely and really, really nice,” the musician mentioned, noting that she never noticed any flirty exchanges between her then-beaux and Aniston, now 52.

“I wasn’t paying attention to whether they were giving each other, you know, little looks over my shoulder,” she said with a chuckle. “I don’t know if that was happening.”

Fiery inquires about the Aussie songstress’ decades-old flame with Schwimmer come just weeks after he and Aniston admitted to having the hots for one another while starring as the star-crossed lovers Ross Gellar and Rachel Green on the hit NBC sitcom, which ran from 1994 to 2004.

The former co-stars confessed that they were “crushing hard” on each other in the HBO Max special, “Friends: The Reunion,” which debuted on the streaming service in late May.

“I had a major crush on Jen,” Schwimmer revealed to Aniston and their show cohorts during the unscripted reunion last month.

“At some point we were both crushing hard on each other.”

But the two-time Emmy nominee said that regardless of their attraction, he and the “Just Go With It” actress never acted on their feelings.

“One of us was always in a relationship and we never crossed that boundary,” said Schwimmer. “We respected that.”

Aniston also copped to their real-life affinities for one another, saying, “We channeled all of our adoration and love for each other into Ross and Rachel” during the reunion special.

After fessing up to their infatuations, the misaligned lovers went on to re-enact their steamy first kiss — the iconic moment Ross and Rachel first locked lips in the entryway of the Central Perk coffee shop in 1995.

But, alas, on-screen smooches and faked rolls in the hay were the full extent of Aniston and Schwimmer’s lovemaking.

The Golden Globe winner confirmed as much during an interview on Howard Stern’s Sirius XM show Wednesday.

“I would proudly say I banged Schwimmer if that happened, but no,” said Aniston, squashing suspicions that they were ever more than just “Friends.”