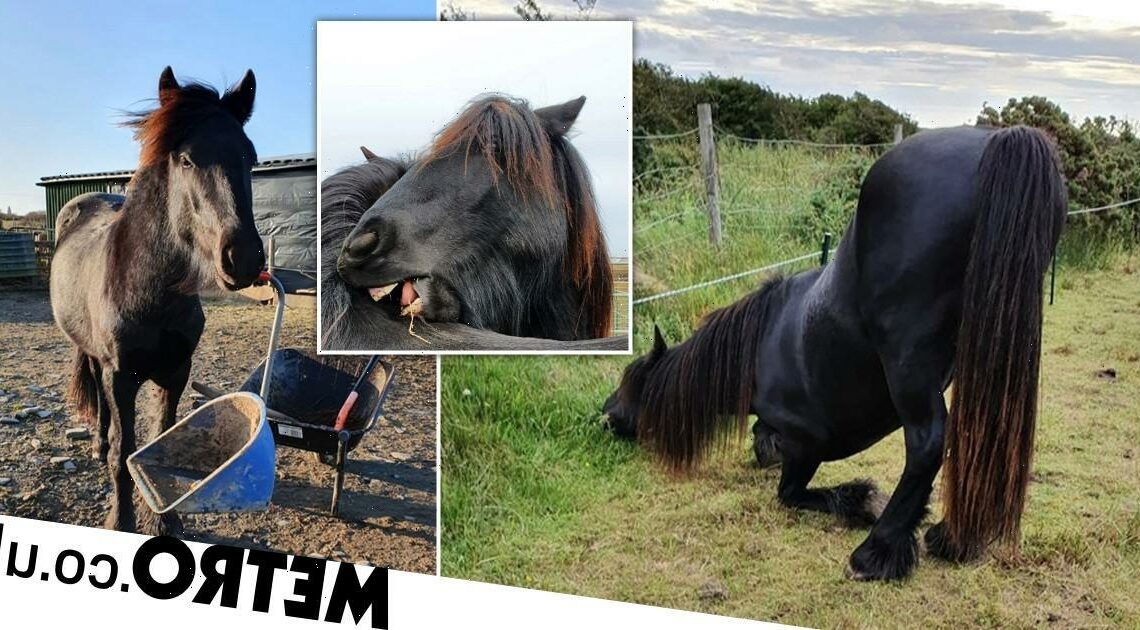 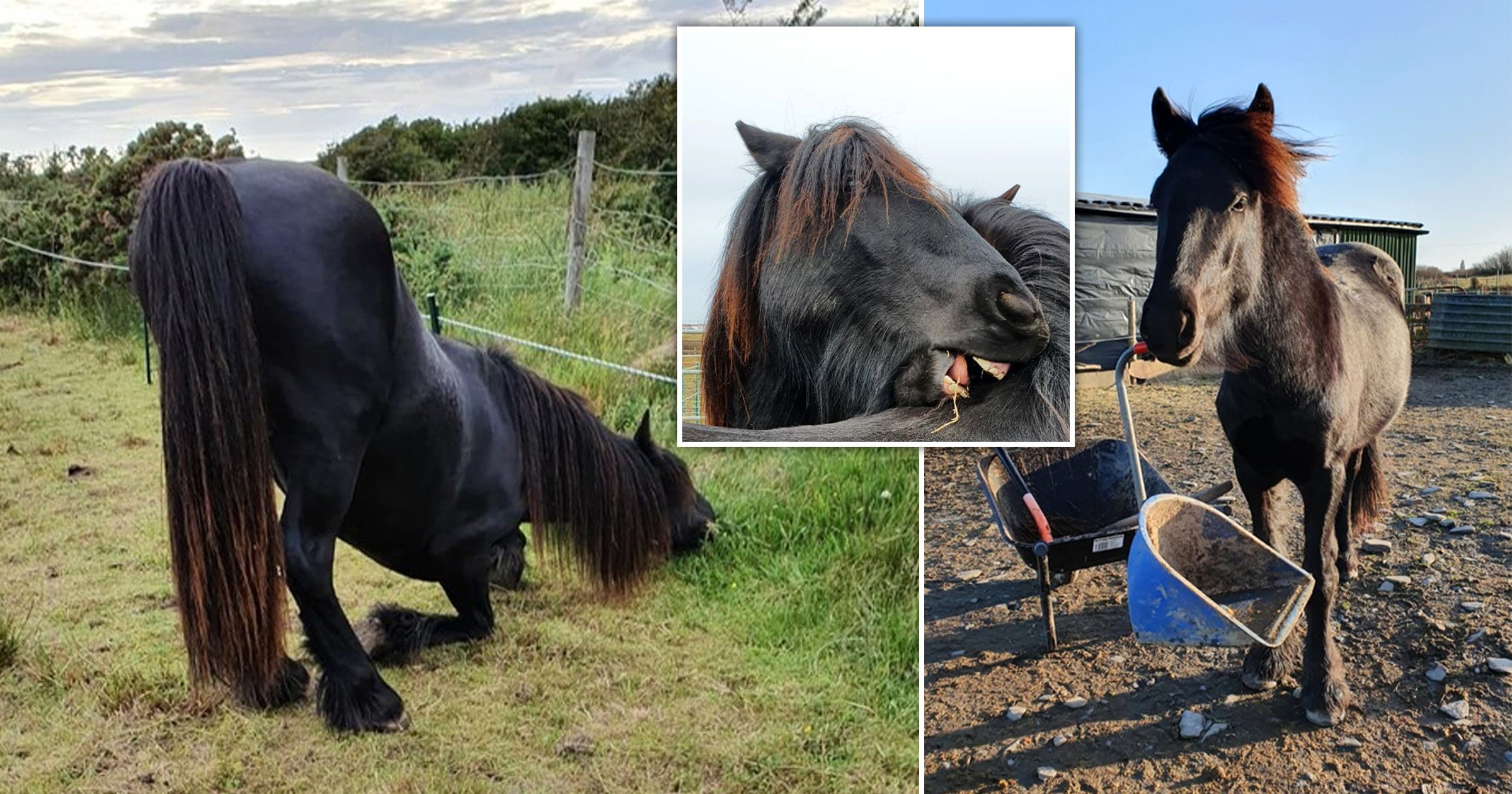 Freddie is one naughty pony.

Chewing through hedges and tearing off wing mirrors is all in a day’s work for the three-year-old animal, who lives in Barrow in Furness in Cumbria.

Now known as ‘the ninja’ to his owner Sallie Mitchell, 43, the pesky pony spends most of his days sneaking past electric fences to nibble on neighbouring fields.

He also loves nothing more than emptying out handbags, deliberately knocking over rubbish bins and chasing Sallie away with a shovel when she attempts to muck up the stables.

Sallie said: ‘It’s everything he does – if you leave something down on the ground, it’s going to end up in his mouth.

‘He escapes all the time, getting into a different field from where he’s supposed to be, even if the electric fence is on or not – he’s worked out how to nimble himself under or he hops over them.’

Hilarious footage, captured by Sallie, shows her struggling to contain her laughter as Freddie attempts to run off with her moped helmet. 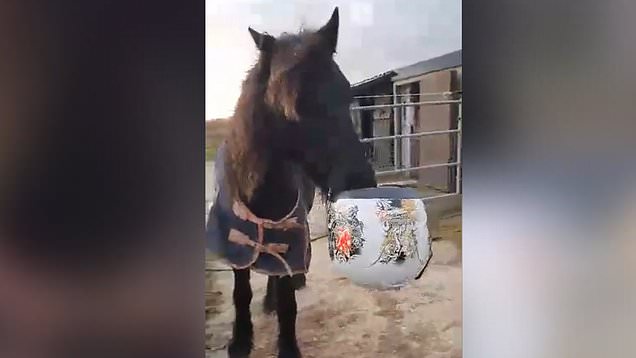 But his mischievous antics don’t stop there.

Freddie once escaped and impregnated another pony, Saffie, so he now has a foal named Percy-Robin – an escapade that cost Sallie £1,000 in vet bills, following the birth.

Sallie said: ‘He got in with Saffie one night, we used to be OK leaving them together but we started separating them as he was showing signs that he was taking a liking to her.

‘But, even with the electric fence on, I came down one morning and found him with her and I knew he’d been up to something he shouldn’t have. Her rug was flicked over her head – I don’t how he’d managed to do this.’

Following the incident, vets ensured there would be no more surprise arrivals by castrating Freddie.

Despite his naughty behaviour, Sallie can’t help but love her cheeky pony.

She adds: ‘My Freddie is by far the naughtiest pony on this planet, life with him is never dull or boring but the love and laughs he gives us makes it all worthwhile, he is so funny.’

Phoebe Dynevor breaks silence on Rege-Jean Page’s Bridgerton exit: ‘It is a spanner’