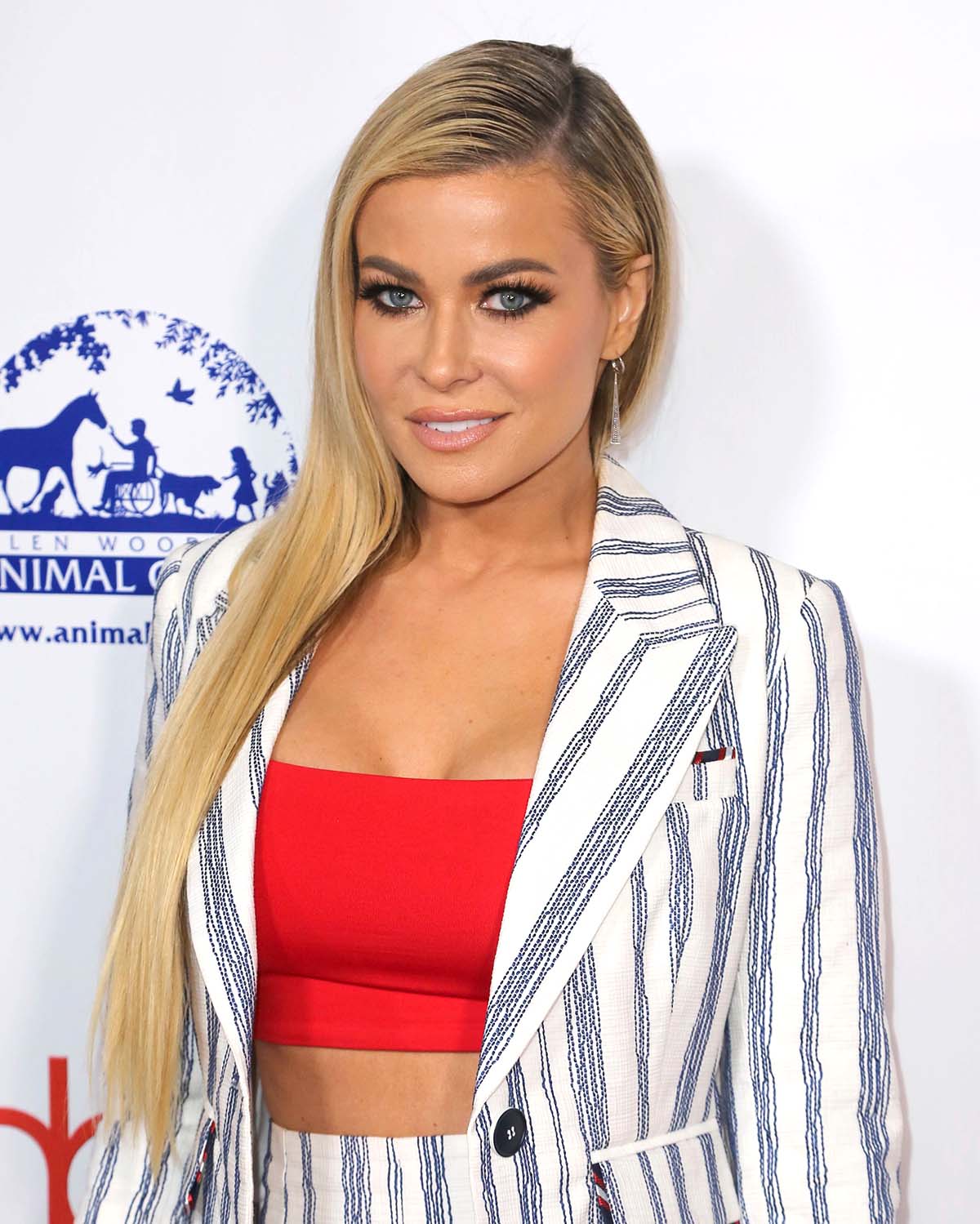 New Housewife? Carmen Electra is open to the idea of starring on The Real Housewives of Beverly Hills — especially alongside longtime pal Garcelle Beauvais.

Everything We Know About ‘Real Housewives of Beverly Hills’ Season 12

The 49-year-old model teased the possibility of appearing on the reality TV show after a fan shared a meme about Electra’s friendship with the 55-year-old Bravo personality.

The Baywatch alum replied on Tuesday, January 4, writing, “Would be funnnn.”

Electra’s willingness to reconnect with Beauvais — who has been a cast member since season 10 in 2020 — on screen sparked a massive response from Bravo fans on social media.

“Pleaaaaase @bravoandy @bravotv make Carmen happen!” one user wrote via Instagram after the Scary Movie 4 actress’ message was shared by the Comments By Bravo account.

Another fan replied, “Omfg I LOVE @carmenelectra and I believe @garcelle deserves a better on-camera support system after last season. How do we make this happen?!! #teamgarcelle.”

Electra has been close with the Real cohost for decades after modeling together during their early careers. Beauvais shared a throwback photo in 2016 of the pair posing for Maxim in their underwear, tagging her pal in the sexy snap.

The Hyperion Bay alum, for her part, posted an old modeling shot of the women in November 2021. “Remember this @garcelle 💕,” Electra captioned the pic, which also showed the duo in lingerie.

Since she broke onto the scene in the early ‘90s, the Ohio native’s life in Hollywood has played out a lot like a story line on RHOBH.

Former ‘Real Housewives of Beverly Hills’ Stars: Where Are They Now?

In addition to her acting and modeling careers, Electra has made headlines for her high-profile romances, including her brief marriages to Dennis Rodman from 1998 to 1999 and to Dave Navarro from 2003 to 2007.

Beauvais, for her part, made history when she joined the RHOBH cast, becoming the first Black woman on the show. Following Denise Richards‘ exit at the end of season 10, the role of the Coming 2 America actress’ onscreen BFF is also up for grabs, making fans’ pleas for Electra to join even more enticing.

For now, however, Beauvais is set to return for season 12 alongside Erika Jayne, Dorit Kemsley, Kyle Richards, Sutton Stracke, Lisa Rinna and Crystal Kung Minkoff. Kathy Hilton is also coming back as a friend of the main cast once again. Sanela Diana Jenkins was previously announced as the newcomer for the upcoming season, while Sheree Zampino was added as another friend of the group.