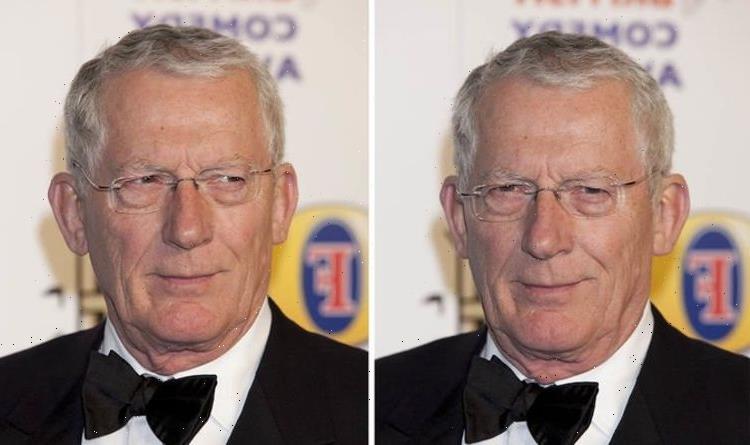 Nick Hewer health: The former Apprentice star an ‘inch away’ from stroke- symptoms

Nick Hewer gets cheeky message from Alan Sugar as he retires

The former public relations businessman, who worked closely with Sir Alan Sugar turned his hand to television work after appearing on BBC’s The Apprentice. Since then, the star has presented multiple documentaries with a permanent stint on Channel 4’s Countdown until his final episode aired on June 25 last year. However, it was when the star was doing charity work in Africa that he experienced a terrifying health scare, leaving him an “inch away” from having a stroke.

The 77-year-old reflected on his ordeal that first started a decade ago. He said: “I was in Rwanda filming for a children’s charity and I thought my eyesight was a bit weird.

“I was in my hotel room squinting away at my laptop when my vision went all funny. Unbeknown to me, a blood vessel behind my retina had burst.”

John Hopkins Medicine explains that when the vessels carrying blood to your eye’s retina get blocked it can be so severe that individuals risk losing their eyesight completely.

The condition, known medically as central retinal artery occlusion can develop extremely quickly and typically occurs due to a blockage from a cholesterol deposit or blood clot.

After discovering the severity of his condition, Nick rushed straight to Moorfields eye hospital in London, where he received some more sobering news about his health.

“I went straight to Moorfields eye hospital in London where it was ­confirmed I was an inch away from having a stroke and that instead of a blood vessel bursting in the brain, it had popped behind the retina of my right eye.

“They said it had been a near miss and, if it had gone undetected, it would have gone into the brain.

“I was fortuitous to be in the right place at the right time and I’ve been taking hypertension tablets since.”

Counting himself lucky to be alive, the presenter also credits giving up smoking, a bad habit which saw him smoke 20 a day, nearly two decades ago a positive move in order to protect his health.

However, confessing to the “joy” that he gets from a cooked breakfast, Nick is wary to not overindulge on bacon or eggs in order to keep his “creeping” cholesterol at bay.

Since the scare, Nick describes himself as still being able to “see for miles,” but reading numbers up close can be an issue, making his work on Countdown rather difficult when he still appeared on the show.

As Nick explained, if the blood vessel has ruptured in his brain he may have been at serious risk of having a hemorrhagic stroke, which typically occurs in the space between the brain and the thin tissues covering the brain.

A ruptured aneurysm quickly becomes life-threatening and requires prompt medical treatment. Sudden symptoms that can indicate a ruptured brain aneurysm include the following:

The risk of suffering both hemorrhagic strokes and retinal artery occlusion is heightened if the individual has high blood pressure, something which affected Nick.

Therefore, in order to prevent your risk of blocked blood vessels, maintaining low blood pressure is one way in which you can do this.

The NHS recommends that simple lifestyle changes can help reduce high blood pressure, although others will also need to take medication.

If your blood pressure is consistently above 140/90mmHg (or 135/85mmHg at home), but your risk of other problems is low, you will be advised to make some changes to your lifestyle.

Some of the recommended lifestyle changes that individuals can make to reduce high blood pressure include: cutting your salt intake, eating a low-fat, balanced diet, staying active, cutting down on alcohol, losing weight, stopping smoking and drinking less caffeine.

The health body recommends that individuals take steps to reduce blood pressure regardless of whether or not you are taking blood pressure medicines . In fact, the earlier you take precautions, the more likely you are to avoid needing medication.

Before BTS’ Suga Loved Hip-Hop, He Only Listened to Classical Music

Omicron infects 9.5 million in a week as WHO warns it’s ‘not the last variant’
Recent Posts