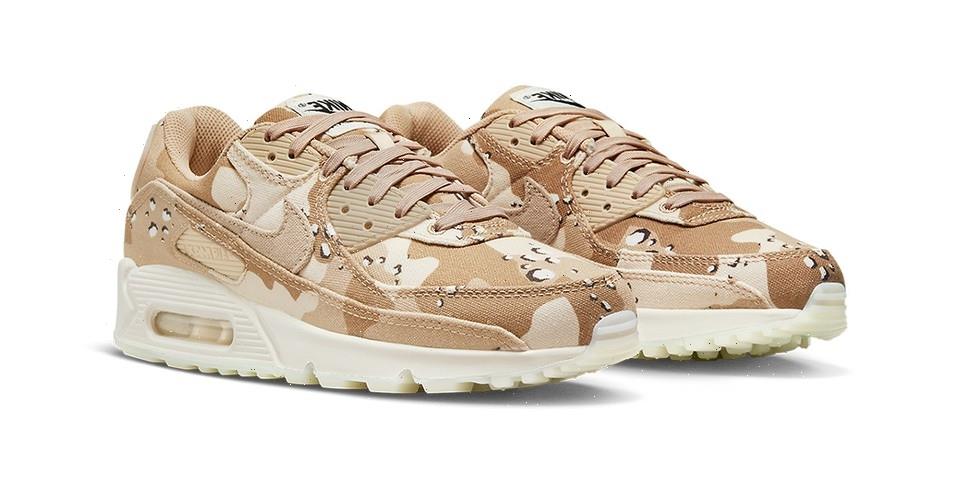 Nike Air Max 90 Gets Suited Up With "Desert Camo" Patterns

It’s been 35 years since Tinker Hatfield revealed his design for the Air Max 90 and debuted it to the world. Since then, the silhouette has been an iconic staple for

Although this model is traditionally constructed with mesh backdrops, smooth leather mudguards and buttery suede overlays, the Swoosh design teams opted to take a different route with this iteration’s build. A rough canvas material makes up nearly every panel of the base here and likely nods to traditional military surplus apparel and equipment. The Swoosh logos on the sides and eyelets are styled with a light beige hue and come surrounded by “Desert Camo” graphics which sprawl to the side panels, toe boxes and collars. Below this layer are midsoles and treading that are given an off-white paint job, the former of which exposes creamy Air Max units through its translucent window. Branded Nike Air hits are positioned on the tongues and insoles in black to string together its look.

Release information has not yet surfaced, however, expect these to be available via Nike and select retailers later this year.