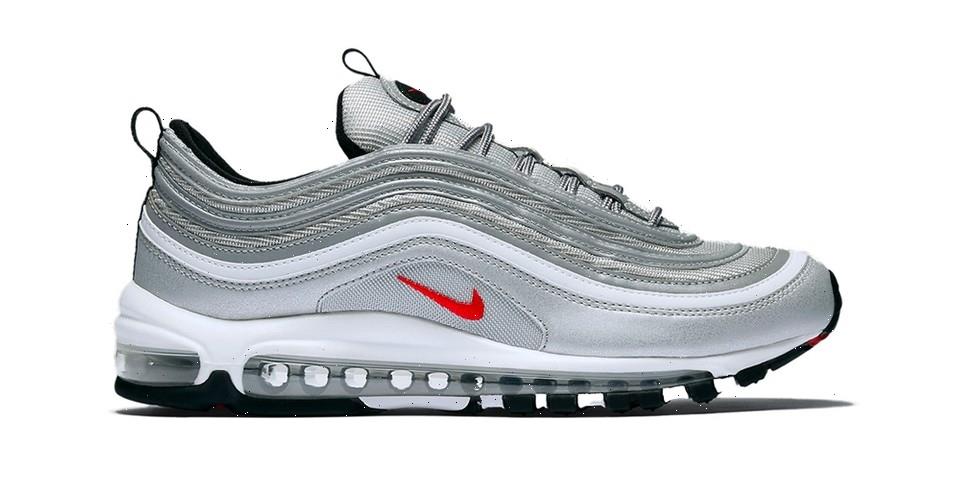 Gearing up for its 25th anniversary of the Air Max 97,

Designed by Christian Tresser who took inspiration from the rippling effect caused by water dropping into a pond, the iconic wave-like uppers are formed with strips of 3M reflective overlays laying on top of a mesh base that continues onto the padded tongue for maximum comfort. As the visible Air cushioning evolved throughout the decades since it first saw the light of day on the Air Max 1, the Air Max 97 received the full-length visible Air unit which sits just above the outsole.

Tresser noted that the “Silver Bullet” colorway was actually inspired by “mountain bike components and mountain bikes at the time had metal on metal finishes like aluminum and polished titanium” rather than an actual silver bullet train.

Aside from the main notable color palette, rumor has it that the “Atlantic Blue” variation will also be making its way to the shelves once again.

Stay tuned for more details of the Air Max 97’s return slated for 2022.