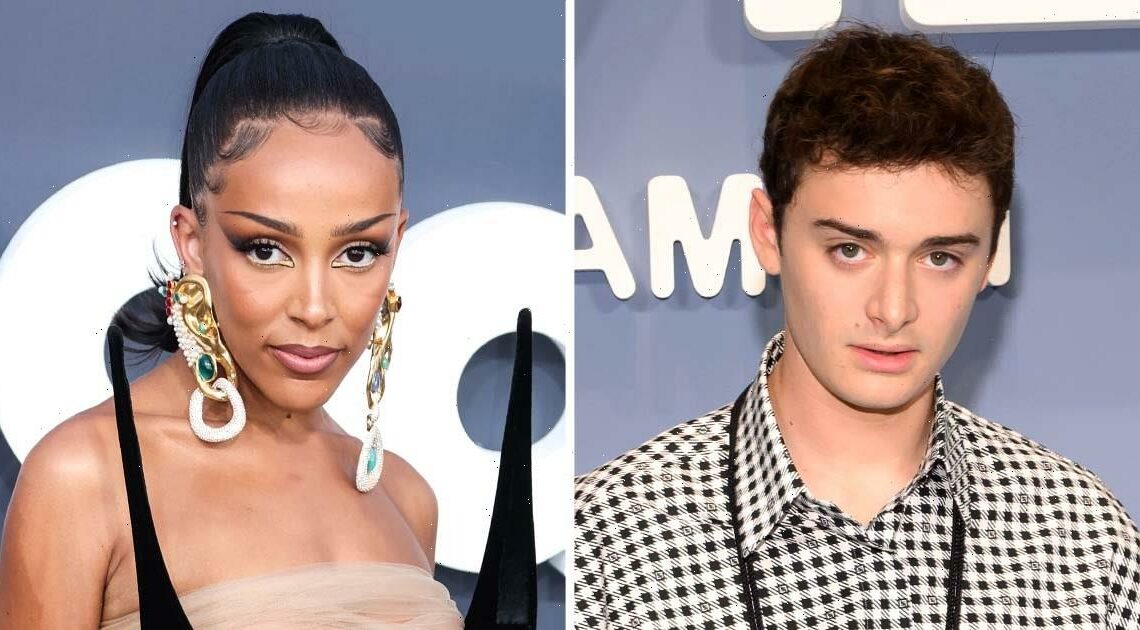 Responding to the drama. Stranger Things star Noah Schnapp has addressed Doja Cat calling him — among other things — a “snake” and a “weasel,” after he publicly shared a private conversation between the two of them.

The actor, 17, returned to TikTok on Wednesday, July 13, to share a fun video of himself doing math. While Schnapp didn’t directly address the 26-year-old “Kiss Me More” singer’s comments, which she stated in a Thursday, July 7, Instagram Live, he wrote, “Guys everything is all good I apologized and I still follow her and love her music no hard feelings ❤️❤️,” in the comments and pinned it the top of the clip.

Doja Cat wasn’t a fan of Schnapp publicizing their messages — which were about her crush on his costar Joseph Quinn — and she made it clear on her Live. The rapper claimed she “didn’t feel comfortable” with the situation and slammed the New York native in the video.

Everything to Know About ‘Stranger Things’ Season 5: The Final Season

“First, let’s try to be chill about it. To be fair, this is like a kid. Noah, I don’t know how old he is, but he’s not even like over 21,” she acknowledged. “When you’re that young, you make mistakes, you do dumb s—t. I’m trying to be super fair.”

She noted that as a teenager, “You do dumb s—t, you say dumb s–t. You f—k up relationships with people. You make mistakes,” adding, “You’re supposed to do stuff like that so that you know not to do it in the future. I did my share of f—k-ups so that I don’t f—k up again.”

Despite her recognition about Schnapp’s young age, she clarified that she wasn’t OK with what he did. “But the fact that Noah did that, like, went and posted a private conversation between me and him is so unbelievably, like, socially unaware and whack,” she told her fans during the Live session. “That’s like borderline snake s–t. That’s like weasel s–t. I’m not saying that encapsulates his entire personality. I wouldn’t imagine he is. Maybe he is, like, a whole snake. But I didn’t see him that way. I made an assumption that he was gonna be chill about it and he went and shared information that I didn’t feel comfortable with him sharing.”

The scandal between the two performers kicked off earlier this month, when the “Woman” artist DMed the Netflix star asking if he could set her up with Quinn — and Schnapp posted the exchange in a since-deleted TikTok. (Doja Cat previously revealed her crush on the British actor, 29, in a May tweet that read, “Joseph Quinn is fine as s—t.”)

“Noah can you tell Joseph to hmu? Wait no. Does he have a girlfriend?” she wrote to Schnapp, according to his TikTok clip. He replied that she should “slide into his DMs.”

Inside shadowy links between Jeffrey Epstein and Victoria's Secret