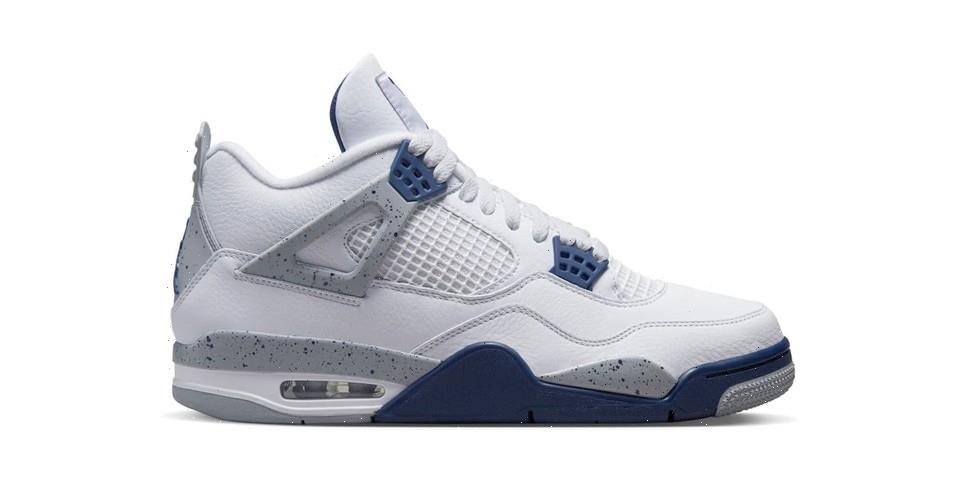 Jordan Brand has kept a steady flow of Air Jordan 4 releases coming in 2022. Unlike the Air Jordan 2 which has been outfitted in a plethora of collaborations, most of the Air Jordan 4 colorways for this year have been tasteful, in-house designs. Continuing this trend, the previously surfaced “Midnight Navy” has now been officially revealed by the Swoosh.

Design elements from the classic “White Cement” colorway make a return in Jordan Brand’s “Midnight Navy.” First off, a white leather upper serves as the base element of the sneaker. This matches a portion of the midsole at the heel and the laces. Stepping in for the black found on the “White Cement” look, “Midnight Navy” accents arrive at the forefoot of the sole, lacing system and Jumpman logos on the tongue and heel. It also is the color of choice for the speckles that rest on the gray Air Jordan 4 accent pieces.

Look for the Air Jordan 4 “Midnight Navy” to hit shelves October 1 via Nike and select retailers at a price of $210 USD.

In other footwear news, the classic “True Blue” colorway has made its way to Don C’s Jordan Legacy 312 Low.
Source: Read Full Article

PICTURED: Motorcyclist, 28, who died in collision with Kem Cetinay