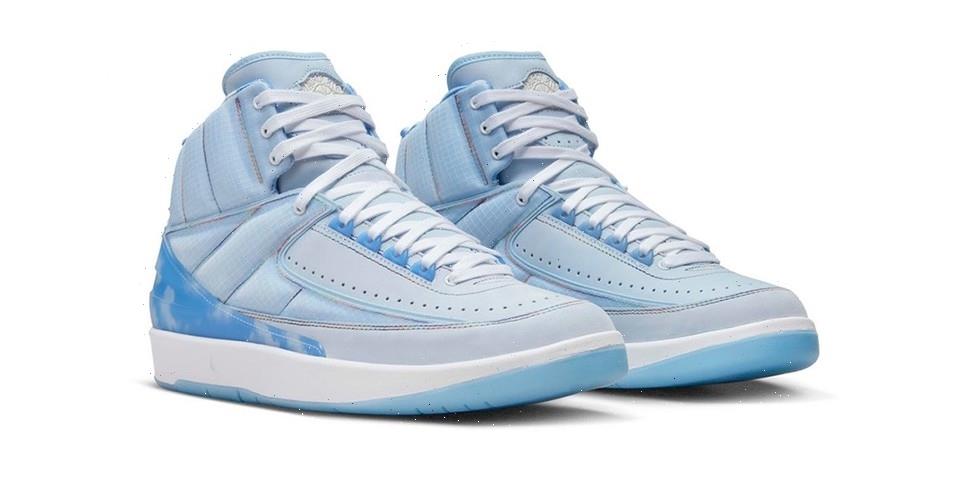 If you’re even vaguely paying attention to the collaborative initiatives that Jordan Brand has been executing throughout 2022 then you know that it has been impossible to ignore the Air Jordan 2. The imprint continues to shine a light on the silhouette by filtering it through various partners such as Nina Chanel Abney, A Ma Maniére and more, and now the Jumpman team has finally revealed its newest iteration with J Balvin.

This marks the Prince Of Reggaeton’s second official team-up with Jordan Brand, and much like his first one, he goes all out with adventurous details. The most significant feature of the sneakers is its cloudy patterns which make their way onto the heel overlays as well as the interior linings. Signature logos of the Colombian crooner make their way onto the lower heels as well as the inside of the tongues, and the insoles are printed with “Air Jordan” spell-outs that are written out in Balvin’s font. Furthermore, the uppers have multi-colored exposed stitchings that divvy up the padded panels and the bottoms are upgraded with glow-in-the-dark abilities.

Sit tight for further word on the launch details of this collaboration and note that it will also be released alongside matching apparel.

Looking for other news? Official images of the Air Jordan 1 High “Taxi” have been revealed.
Source: Read Full Article