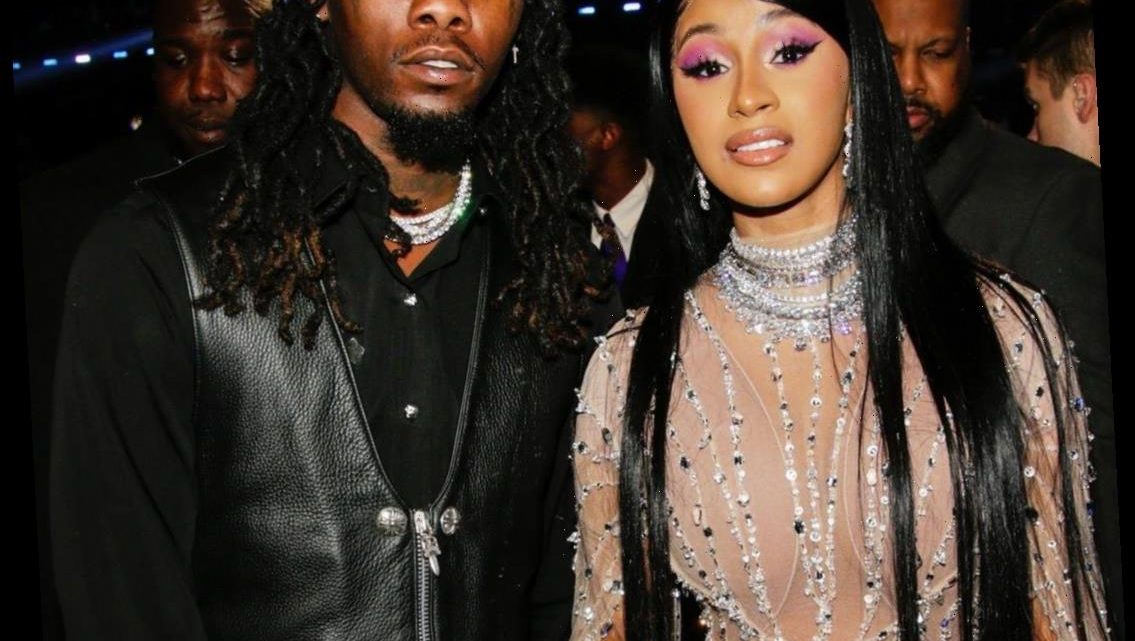 After Cardi B filed for divorce from Offset in September, the two were spotted packing on the PDA during her birthday weekend. Offset also wrote her a message on Instagram. Read it here.

What's going on with Cardi B and Offset? That's the question on fans' minds following one PDA-packed birthday weekend.

On Sunday, Oct. 11, the Migos member took to Instagram to send a special message to the "Bodak Yellow" artist on her big day.

"HAPPY BIRTHDAY @iamcardib you are amazing woman you the best! Me and Kulture are proud of you!!!" he wrote, referencing their 2-year-old daughter. "Over came every obstacle in front you they was all sleep at once then you woke the world up! Thank you for being 1000% every min I known you live it up enjoy keep f–king balling I'm lucky."

Considering the post came about a month after Cardi filed for divorce from Offset, many followers started to wonder whether the rappers are calling it quits after all. This wasn't the only gesture to spark reconciliation rumors. The two were also spotted kissing at her Las Vegas birthday bash on Oct. 10 and continued to party together throughout the rest of the weekend.

"Cardi and Offset reunited for her birthday party last night and were acting like they were back together," a source told E! News. "They were all over each other the entire night and were having a lot of fun."

The insider added that "Cardi and Offset were dancing on each other and were showing a lot of PDA."

"They were very into each other and it seemed like they were on great terms," the source continued. "Cardi was in a great mood and was so happy. There was no drama and it was a great group of her closest friends."

The Father of 4 star also showered the Grammy winner with lavish presents. TMZ reported he even gifted her a Rolls Royce. Over the weekend, Cardi also sported a diamond bracelet that appeared to be from Offset.

"Solids. These are not baguettes," he said while giving fans a close-up look at the bling. "This some grown woman s–t."

In addition, Cardi posted a video of a billboard featuring her and Kulture that many suspected was from Offset.

If Cardi and Offset are sticking together, it wouldn't be the first time they've made up after a split. As fans will recall, they broke up in 2018 but got quickly reunited.

"When me and my husband got into our issues—you know, he cheated and everything—and I decided to stay with him and work together with him, a lot of people were so mad at me; a lot of women felt disappointed in me," Cardi told Vogue last year. "But it's real-life s–t. If you love somebody and you stop being with them, and you're depressed and social media is telling you not to talk to that person because he cheated, you're not really happy on the inside until you have the conversation. Then, if you get back with them, it's like, how could you? You let all of us down."

"People that be in marriages for years, when they say till death do us part, they not talking about little arguments like if you leave the fridge open," she added. "That's including everything."

'Soul' Review Round-Up: Pixar Gets Existential in One of the Studio's Best Films
Recent Posts