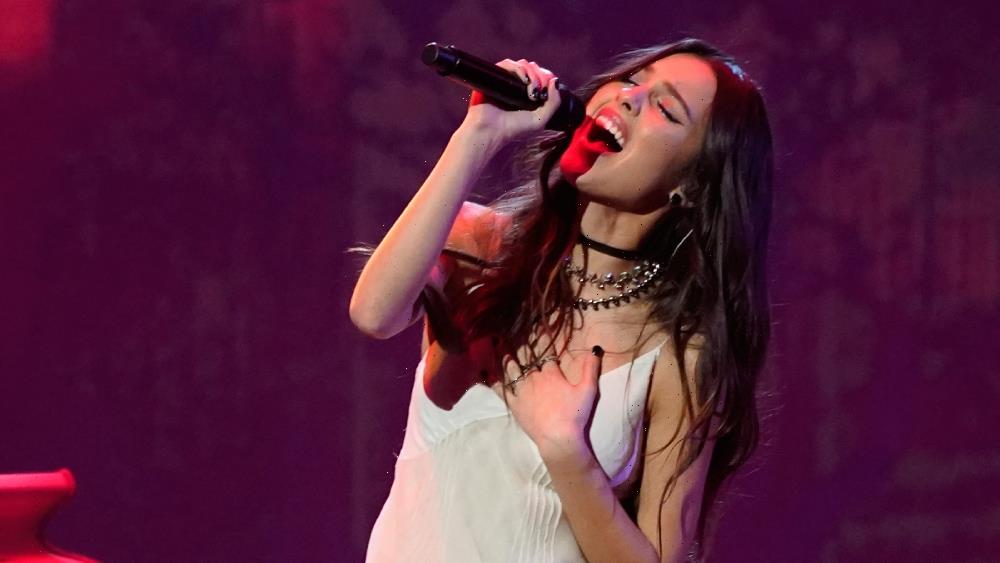 From the Beatles to the Backstreet Boys to Billie and BTS and beyond, the teen-centric pop concert is both timeless and definitively contemporary, from the screaming and sing-along/shout-alongs to the masses of similarly dressed fans — looking almost military in matching merch — to the indulging attendant parents and, these days, the selfies and social overload. And it was the latter, along with the overwhelmingly pre-drinking age audience, that made Olivia Rodrigo’s concert at New York’s Radio City Music Hall on Wednesday the most definitively 2020s teen-centric concert of all: a near-total, two-hour-long wi-fi blackout in the venue so extensive that Russia could have launched a cyber attack and most of the crowd would have assumed it was simply due to thousands of kids posting selfies and video.

But for all the teen-leaning concerts we’ve attended in the past few years — Harry Styles, Ariana Grande, Jack Harlow, Dua Lipa, Eilish, BTS and more — Rodrigo’s was the most laser-focused on speaking to and for her audience and age group. For all of their differences in sound and imaging, it was most similar to Eilish circa 2019, which isn’t surprising: both are (or were) teenagers themselves.

But whereas Eilish’s appeal at the time was more like the cool, creative friend from art class, Rodrigo’s is a more situational relatability: “I wrote this song in my bedroom when I was feeling like I was falling short for this guy I really liked” was her spoken introduction to just one song, but could have been for many. And the fact that her set opened with a recording of OneDirection’s “Olivia” played at deafening volume, followed her rousing version of “Brutal,” the opening track from her debut album “Sour,” sealed the deal.

There’s no question that the audience was with Rodrigo before she’d even set foot on the stage, but living up to it is a different story, and most impressive is the way that she has risen to become an arena-level performer in such a short period of time. A lot of her onstage poise is relatively natural, albeit shaped by her background on “High School Musical,” and as a performer she seemed to arrive almost fully formed with her appearance on “Saturday Night Live” just under a year ago. But filling a room on the scale of Radio City, with its super-wide stage, is a much bigger challenge, and she did it with an easy grace, using poses both natural and trained — outstretched arms, a lighthearted skip or purposeful strut across the stage, hair flips, hunching over for emphasis and scowling on the heartbreak lyrics while beaming on the happy ones, and most of all, connecting with her audience. Clad in a plaid mini skirt, big clompy boots and a halter top with a big heart on it that read “Happy and healthy,” she worked the front of the stage from end to end, at one point wearing a white boa someone had thrown onstage for a verse or two, at another picking up a fan’s phone and filming herself with it while singing.

An even more daunting task is filling a headlining set when the artist has just an 11-song, 35-minute long album, but Rodrigo pulled that off too. She embellished the setlist with “All I Want,” her song from “High School Musical,” as well as a couple of stylistically appropriate pop-punk covers: Avril Lavigne’s 2003 breakthrough “Complicated” (a moment that was previewed by Lavigne introducing Rodrigo at Variety’s Hitmakers ceremony last December) and Veruca Salt’s 1994 indie hit “Seether,” which she said “came out before I was born” and was the only song in the set not greeted with borderline hysteria. (A couple of other key influences, Paramore and Taylor Swift, had an implicit presence in the form of their after-the-fact songwriting credits on “Good 4 U” and “Déjà Vu,” respectively.) She also gave nearly every song a spoken introduction, telling stories that served not only as a setting but as a cue for the audience to whip out their phones and thus not miss a note.

But the set was also carefully paced musically, considering its just-under-an-hour length: The smash, “Drivers License,” came surprisingly early; she played “Happier” solo, accompanying herself on acoustic guitar; there were a couple of instrumental interludes from her five-piece, all-female band; and also a mid-set costume change and three different backdrops: a giant mylar curtain that dropped mid-set, revealing billowing white curtains that dropped a couple of songs later to reveal lighting rigs. Like a well-landscaped urban park, these tactics were all carefully calibrated to make the set subconsciously seem longer than it actually was.

On cue, she finished with a pair of bangers — “Déjà Vu” and “Good 4 U” — ending with a confetti blast and a big thank you, and boom, she was off: The venue lights were up and the house music playing before the confetti had finished fluttering down from the ceiling.

Opener Holly Humberstone got an impressively strong response from the hardcore Rodrigo crowd, especially considering the number of slower songs in her set and the fact that she performed completely solo, accompanying herself on guitar and keyboard (along with pre-recorded backing tracks). The 22-year-old Brit has just a pair of EPs and a handful of singles in her discography, but a clutch of fans crowded at the front of the stage and her first single, “Deep End,” got a completely unprompted phone-flashlight-waive-along from the crowd. Like Rodrigo, she engaged well with the audience, telling relate-able stories connected to the songs — “I’m an awkward girl, in case you couldn’t tell,” she said at one point — and won them over quickly: Even a brand-new song that isn’t out until Friday — “Sleep Tight,” her second cowrite with the 1975’s Matty Healy — got a big roar. “Thank you for being so nice to me!” she enthused before leaving the stage.

Amazing two-bedroom home on market for just £90,000 – and it comes with an INCREDIBLE secret
Recent Posts