Home » Lifestyle » On 'Equals,' Ed Sheeran Is Happy Now. Is That Good Enough? 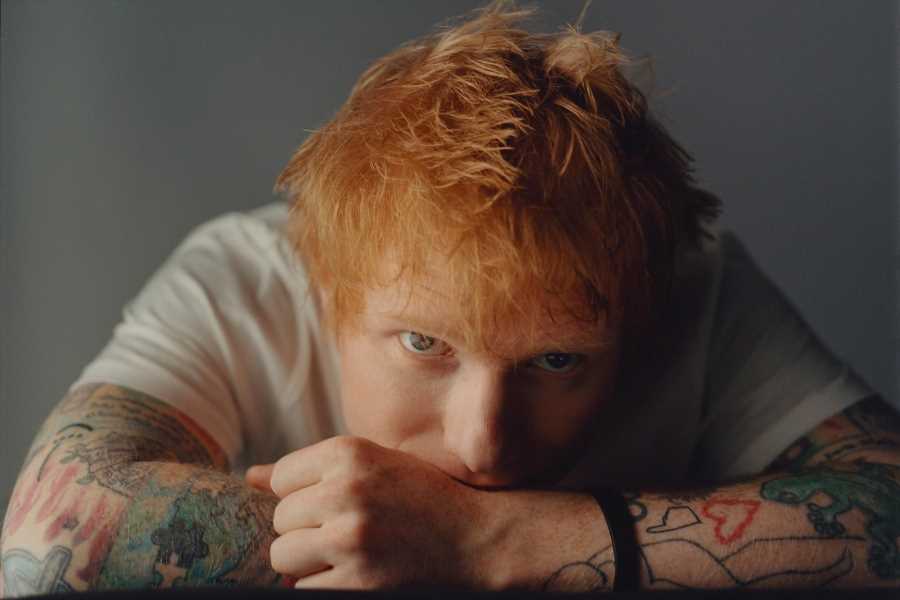 On 'Equals,' Ed Sheeran Is Happy Now. Is That Good Enough?

Pop mutates with the times and tech, artists go in and out of vogue, but for many pop stars, the song — and the narrative — remains the same. First albums teeming with ambition and vigor give way to followups that grapple with fame, success and perhaps excess — which in turn pave the way for the inevitable newfound-maturity phase. For Ed Sheeran, that moment arrives in the very first line on = (pronounced “equals”), his fourth album not counting his Collaborations side projects: “I am grown up, I am a father now,” he croons over unexpectedly lashing guitars, acknowledging his recent marriage and fatherhood. He admits to still loving “getting out of my mind” but to feeling “embarrassed ‘bout the things that I did in my youth/‘Coz now I have a child I know one day that she’ll go through it.”

The Best Audiophile Turntables for Your Home Audio System

Other than his use of mathematical symbols as album titles, it wasn’t necessarily a given that Sheeran would end up in that space. His first three records were riddled with tales of drunken one-night stands, romantic foibles, and declarations of love (“Only One”) that felt more idealized than based in real life. This is someone who once sang, “Everybody said we’d be together forever but I know that I never wanna settle down, come around.” But now, as a 30-year-old husband and father, he confronts the eternal challenge faced by everyone from McCartney to Adele: Minus the pain-is-art factor, can newly settled-down pop stars make music as gripping as they did when they were single, driven and occasionally out of their minds?

Musically, at least, Sheeran is willing to give it a go on  =. Another rule of pop is that the bigger an act becomes and the larger venues they fill, the more inflated their sound becomes in order to reach those upper-tier cheap seats. (Coldplay now sound as if they’re playing music meant to be blasted out to inhabits of nearby galaxies.) Perhaps reflecting the way Sheeran is now at home in stadiums — where, impressively, he can command tens of thousands with merely his guitar and electronic loops — much of = ditches the folk-pop of his first album for choruses meant to incite cell-phone-lit sing-alongs in baseball parks.

For anyone else, that shift could spell doom. But as someone who grew up with the Beatles and Elton on one hand, and Eminem and Blackstreet on the other, he’s equally rooted in old-school melody and beat-derived new-century songwriting. In its best moments,  = brings together those two worlds. If anything, it offers up the most definitive proof yet that he’s essentially become a one-man heir to the boy-band tradition of R&B grooves, overlapping harmonies and make-out-all-night erotic fantasies. You can practically imagine multiple Sheerans dancing and singing in unison on “Shivers,” “2Step,” and “Stop the Rain” which could well have been Backstreet B-sides. In “Overpass Graffiti,” he turns more melancholy and ambivalent about a severed old relationship (“The cards were stacked against us both/I will always love you for what it’s worth”) but never forgets to keep the music whooshing by.

Sheeran the balladeer, the sensitive dude who blurts out his feelings after a pint or two, is never far away. As he demonstrated in his self-mocking cameo in 2019’s Yesterday, he has a sense of humor about himself, and he still benefits from dropping idiosyncratic personal details and rom-com-style scenes into his songs. “Collide” is a listicle of odd romantic bonding moments (“Fumbled in cubicles in Tokyo/And been to funerals in rented clothes/We drank your father’s whiskey when your grandma died”) and he manages to make his wedding proposal sound like something out of a Brit rom com in “First Times” (“You said, ‘Darling are you joking?’/And I just said please”).

Yet as genuinely in love as he appears, his devotional songs tend to bog down in generalized sentiments and gooier melodies. “Even at the times I’m miles away/You are always on my mind,” he serenades in “Leave Your Life,” while ”Joker & the Queen” and “Love in Slow Motion” (the latter one of the few tracks rooted in his Celtic-pop side) similarly border on the generic. You don’t want the guy to be bitter or miserable, but you also don’t necessarily want an ordinary candlelight-dinner refrain like the one in “Love in Slow Motion.”

He’s also rapping less here than he ever has, with the result that his voice, especially his higher register, is sometimes less distinctive than it can be. That’s true on “Bad Habits,” which pulls him back back to his partying days and matches it with an appropriate after-hours-club beat–but also feels like it could be one of several other Ed clones who have infiltrated pop since his breakthrough. (We mean you, Lukas Graham, Alec Benjamin, and Sea Shanty Guy.)

“Be Right Now,” the expansive track that closes =, wraps things up with another left-field twist. A rapturous EDM track co-produced by British multi-hyphenate FRED (who collaborated on many other tracks here), it’s utterly hypnotic. “Just stay here and be right now,” he pleads over its celestial sonics, sounding as close to Michael Stipe in outer space as he ever will. The track points to yet another new possible direction for Sheeran — especially as the increasingly messier world intrudes and he reaches the inevitable conclusion that love isn’t always enough to save the day.