Home » Lifestyle » Once Upon A Time In Nazi Occupied Tunisia REVIEW: A brave attempt to awaken history 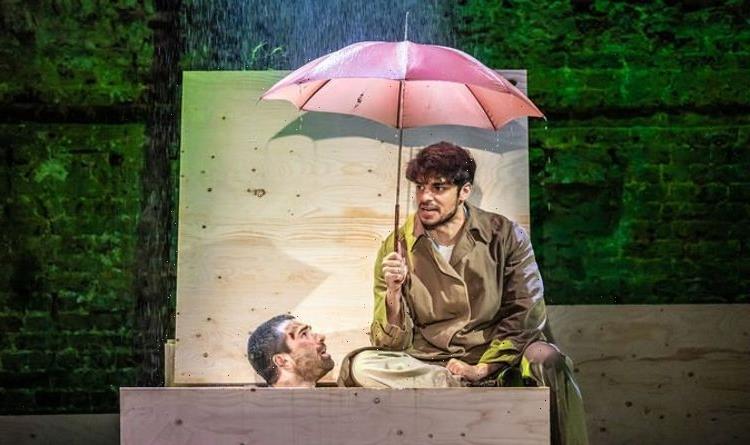 Once Upon A Time In Nazi Occupied Tunisia REVIEW: A brave attempt to awaken history 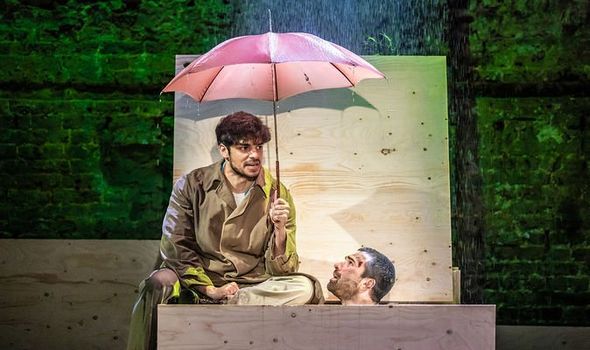 Josh Azouz’s play walks a perilous line between dramatic humour and the outright offensive, occasionally stumbling too far across into the wrong territory.

Set in Tunisia in 1943 shortly after the Nazis have taken over from the ruling Vichy government, it is the story of two young couples — one Jewish, one Muslim — who have been friends for years until the arrival of the invaders alters their social geography.

It opens like Beckett’s Happy Days, with Victor, a Jew (Pierro Niel-Mee) buried up to his neck in the desert, guarded by his best friend Youssef (Ethan Kai) who has thrown in his lot with the Nazis.

As the play unfolds, revealing the domestic as well as the political tensions, it becomes clear that Azouz is using betrayal and infidelity as an echo chamber for the bigger issues of collaboration and the search for identity and homeland.

If the argument occasionally takes a turn for the arid, it is saved from total desiccation by the performance of Adrian Edmondson as the Nazi commandant, nicknamed ‘Grandma’ by his men due to his fondness for knitting.

Tottering around with a walking stick owing to a knee injury, Edmondson is both absurd and sinister, a leering psychopath who has designs on Victor’s spirited wife Loys (Yasmin Paige) and gleefully exploits his fascistic power of life and death for his own lecherous ends.

The set is a kind of Cubist desert made of plywood boxes that open up to reveal beautifully tiled interiors while an electric sun beats down from above.

Skirmishing with Absurdist theatre, the play is not entirely successful – there are awkward plot points that make little sense and some lacunae in the dialogue, and Azouz struggles to weld several disparate ideas together. But it’s a bold attempt to address a universal problem within the framework of a little known aspect of history.