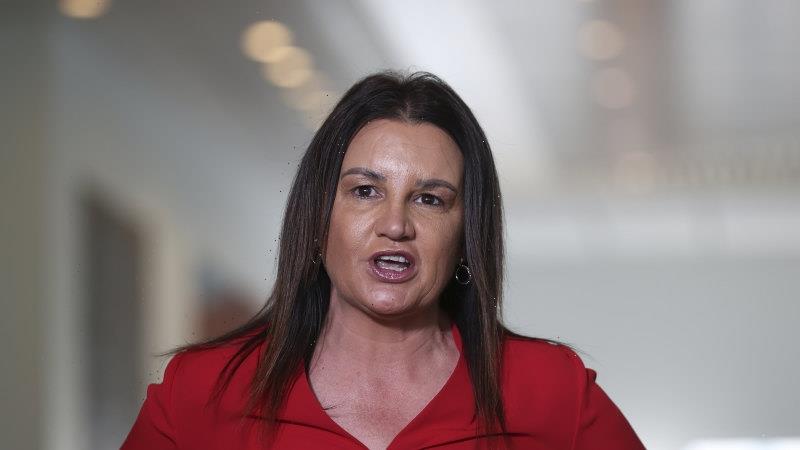 One Nation under fire for sharing Lambie’s phone number, triggering wave of abuse

Jacqui Lambie, the Coalition and Labor have banded together to demand an apology from One Nation for sharing the independent Tasmanian senator’s personal mobile number on social media, leading to a torrent of abuse.

Fears for politicians’ personal safety have grown in recent months because of the murder of a conservative British MP in October and feverish debate over vaccine policy that has included protesters displaying mock gallows outside Victorian parliament. 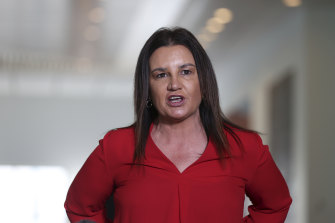 Jacqui Lambie told the Senate she had faced a wave of abuse after her personal number was shared by One Nation.Credit:Alex Ellinghausen

Senate President Slade Brockman said he would look into Senator Lambie’s call for a review of MPs’ safety on Tuesday but One Nation’s Malcolm Roberts refused to apologise, claiming a constituent had found Senator Lambie’s number on her Facebook page.

Senator Lambie had launched a furious speech on Monday against an attempt by One Nation to use the Commonwealth government to end state vaccine mandates, intensifying tensions between the two political groups that both appeal to voters unhappy with the major parties.

Senator Roberts said One Nation’s candidate in Tasmania, Steve Mav, posted on Facebook a screenshot of a text from Senator Lambie to a constituent, who claimed to have found the number on Senator Lambie’s own page, saying she opposed vaccine mandates.

The Tasmanian Senator has previously posted her number to Facebook, but searches suggest she has not done so in two years and never in the context of the rancorous debate about vaccines.

On Tuesday Senator Lambie told the Senate that Senator Roberts had leaked her personal phone number.

“Since then I’ve received any number of nasty, abusive and threatening phone calls and messages,” Senator Lambie said. “I give my phone number to veterans whose mental health is not so good and are on their last legs.

“These veterans know they can call me at any time of the day or night if they need someone to listen to them.

“If you’ve got someone’s number it’s not hard to find out personal details that are linked to it. I’m going to have to change my number because I need to make sure my family and friends are safe.”

Senator Lambie’s old number is now inaccessible but examples of the abuse she has received on other channels contained vicious and wildly offensive references to her son’s battle with methamphetamine use as well as personal slurs.

“Get F—ED you sp—ics… Lambie is an uneducated sl-t,” one person wrote.

Labor’s leader in the Senate, Penny Wong, said civility was essential in politics to ensure that debate over policy and principles did not end up becoming a risk of real conflict.

“If you start a fire it can quickly overwhelm us,” Senator Wong said as she urged Senator Roberts to apologise.

Finance Minister Simon Birmingham said it was unacceptable for anyone to leak private contact details and echoed Senator Wong’s comments on civility. He said the government was willing to let Senator Roberts speak on the matter “to provide an apology”.

The One Nation Senator did not take up that offer, instead claiming Senator Lambie was misrepresenting One Nation because she was afraid because the party was gaining momentum in Tasmania.

“Yesterday Senator Lambie said people make decisions and there are consequences for those decisions,” Senator Roberts said. But he also said: “We don’t condone publishing phone numbers that are private.”

In her speech on Monday, Senator Lambie said she did not support forcing people to be vaccinated but said mandates were not the same as discrimination.

“Being held accountable for your own actions isn’t called discrimination, it’s called being, you wouldn’t believe it, a goddamn bloody adult,” Senator Lambie said.

Two Coalition senators, Alex Antic and Gerard Rennick, have vowed to withhold their votes from the government unless it acts to end vaccine mandates but so far, on key votes such as independent senator Rex Patrick’s attempt to legislate a federal integrity commission, the two men have been paired. That is an arrangement for absent MPs that allows them not to vote without altering the balance of power in the chamber.