The nation’s principal opera company and a convicted child sex offender are being sued for the sexual abuse of a former member of the children’s choir, the Supreme Court has heard.

Now in her early 40s, the woman was aged 14 and 15 when she was a member of the children’s chorus for Opera Australia in the mid-1990s. 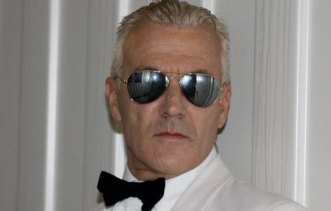 David Lewis was released from jail after serving a two-year sentence for two counts of sexual intercourse with a person aged between 10 and 16.Credit:Facebook

Opera tenor David Lewis, then 34, befriended the teenager who confided in him about her traumatic childhood. He then proceeded to groom the girl and to sexually abuse her.

The singer was released from jail in December last year after serving a two-year sentence for two counts of sexual intercourse with a person aged between 10 and 16 and three charges of aggravated indecent assault.

At his sentencing in 2018, the judge said Lewis had only stopped offending because he had been caught.

The first time Lewis touched the teenager, he put his hand inside her underwear as they were standing behind the stage while a performance was going on, the court heard. 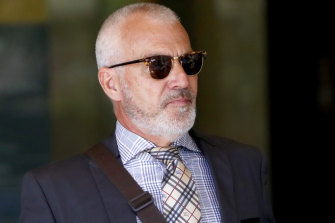 On one occasion the production’s dance captain saw Lewis receiving oral sex from the teenager in a stairwell at the Sydney Opera House. He said Lewis “immediately took off” in such a hurry he left his shoes behind. 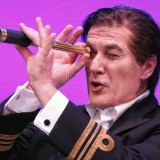 The opera company now finds itself being sued for breaching its duty of care to the young singer.

Employees at Opera Australia have previously complained to the Herald that concerns about Lewis’s behaviour had fallen on deaf ears. “Opera Australia is like the Catholic Church in miniature,” said one.

However, Opera Australia has maintained that when police requested Lewis’s personnel records, his files “did not contain any information relating to any complaints against Mr Lewis during his time with the company”.

For 25 years, up until his arrest in 2017, Lewis had been a permanent member of the opera’s chorus.

But he failed to inform the court about the $500,000 he had received as his share of his matrimonial home which was sold in November 2018 while he was in jail.

Lewis was “plainly in a position” to know what he did with the $500,000, said Justice Adamson but “he has chosen not to disclose this matter.”

Lewis was given two weeks to disclose all of his assets worldwide and to account for his share of the proceeds from the sale of his Lewisham home.

The matter will return to court on July 15.

The Handmaid's Tale season 4 cast: Who stars in the dystopian drama?
Recent Posts