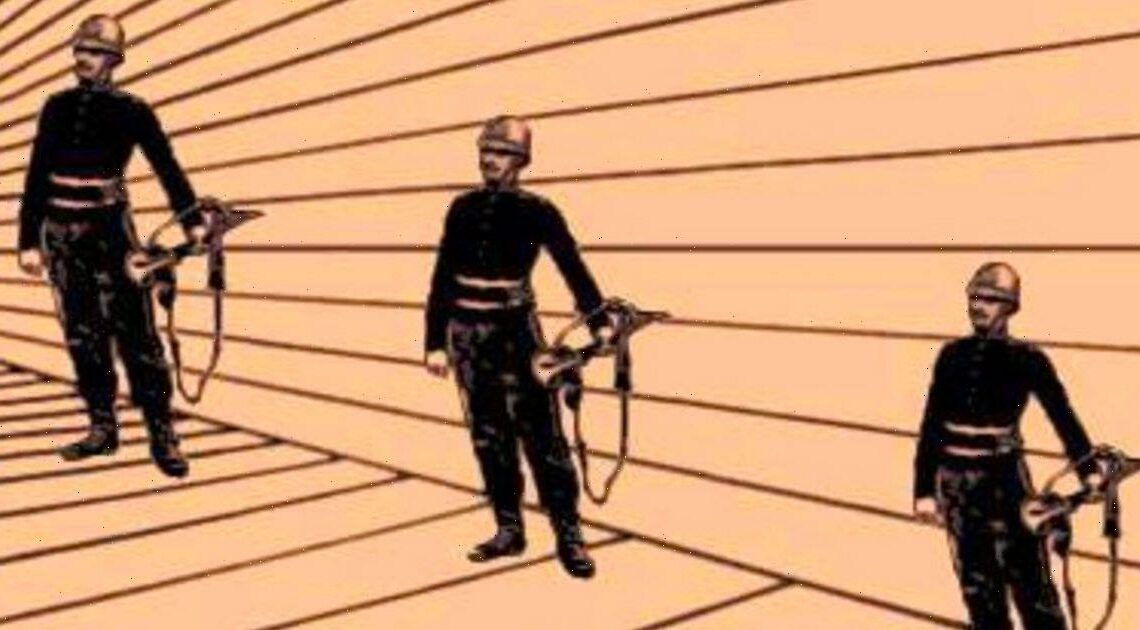 Optical illusions can be really confusing at times.

No matter how many times you look, you still can't figure out what's going on.

In the latest brainteaser to really baffle the internet it shows three men standing in a straight line.

The male figures, which appear to be wearing a helmet to pose as a police officer, are next to each other.

But Kids Environment Kids Health, who uploaded the illusion, has confused online users as it asked "which is tallest?"

The US website wrote: "Which of the figures in the picture do you think would measure the tallest with a ruler?

By just looking at the tricky image, you'd think the man standing on the right appeared the tallest, but that's where you're wrong.

So do you think you know the answer to the optical illusion?

According to the website, all the men are exactly the same, but the illusion will have you thinking something else.

Previously, a baffling optical illusion showing multiple faces in the picture actually had many answers.

The same page posed the question: "How many human faces can you find in this picture?"

And no matter how many faces you see, it all really depends on your observing skills.

Also another tricky image showing seven horses really baffled as many could only see five.

Most people can only see five horses in the picture – but there's way more.

But the longer you might spend looking at the mind-boggling image, you might only find the same amount of animals.

Luckily if you're baffled by the image, the website has offered a solution.