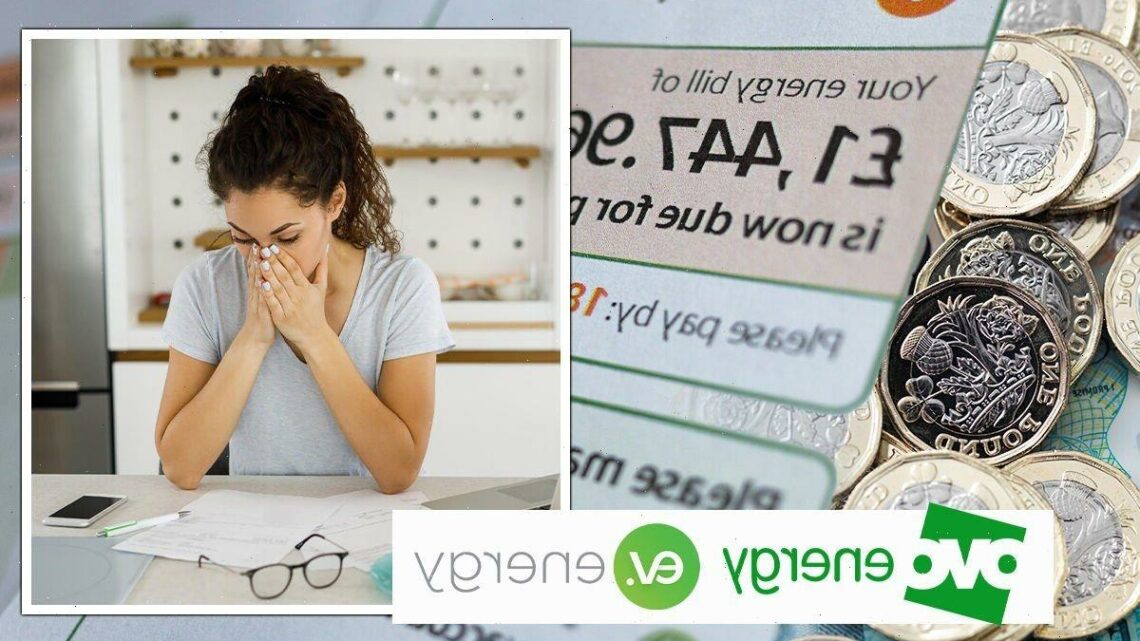 Energy bills: Couple discuss the increase in their prices

OVO Energy has announced a new trial scheme, that will allow drivers of electric vehicles to save hundreds of pounds with a new technology that will help save money and help balance the National Grid. Together with Kaluza, the energy giant announced a world-first ‘Vehicle-to-Everything’ (V2X) trial called INFLEXION, which allows the car to charge up its battery during times of the day when electricity is cheap, like in the middle of the night. With this stored electricity, the car could then sell power back to the National Grid during peak times, when electricity is expensive.

By doing so, electric vehicles could play a critical role in preventing winter blackouts in the future, as their batteries are powerful enough to store large amounts of energy.

According to their statement, V2X technology not only allows EV drivers to power their home with their car, but also leverages their EV as a backup power source, as well as being able to sell any surplus energy back to the grid – which can help to significantly reduce energy bills.

The statement read: “The announcement follows OVO’s hugely successful domestic ‘Vehicle-to-Grid’ (V2G) trial, the largest of its kind in the world, which enabled drivers to earn around £420 a year by selling their EV’s energy back to the grid, with some earning up to £800.”

While Kaluza and OVO did not specify how much drivers could save using V2X or V2G technology, a recent analysis conducted for Eaton by management consultancy Baringa Partners, shows that using V2G electric chargers could save the typical homeowner about £1,000 per year.

They noted that this figure is approximately equal to 90 percent of the average annual cost of charging a mid-sized family car, and could be achieved using renewable energy generated from assets such as rooftop solar panels.

Energy and Climate Minister Graham Stuart said: “We want to make smart charging an easier choice for drivers of electric vehicles, whether that is charging on the driveway, at the workplace, or parked on the street. “To do that we need to build new network infrastructure at pace, using the latest available technologies.

“Today’s plan sets out how we will work with Ofgem and industry to kickstart the market for smart charging, which we are backing it up with £16million in innovation funding. This will let people take control of their energy usage, in the most convenient and low-cost way.”

INFLEXION trial aims to enable millions of drivers in the long term to harness the benefits of bi-directional charging using their electric vehicles, which will help make EVs even more affordable for customers.

Alex Thwaites, Head of Zero Carbon Living at OVO Energy, comments: “OVO has been leading the way in supporting customers to transition to electric vehicles and bring them on the journey to zero carbon living through exciting new products and offerings.

“This is not just about driving renewable energy solutions forward, it’s about demonstrating how customers can actually reduce their energy bills by making the switch to an EV. With OVO’s V2G tariff trial we saw some EV drivers save up to £800 a year on their bills.”

Scott Neuman, CEO at Kaluza comments: “V2X will have a transformative effect on decarbonising our energy system but only if we make it accessible and affordable for all.

“INFLEXION is a critical step to bring the energy and automotive industries together, and prove the power of smart technology to save both cost savings and carbon emissions for drivers. Kaluza is ideally positioned to lead this work with our advanced software and market-leading partners.”

If successful, OVO and Kaluza will look to roll out the trial to OVO customers later in 2023. OVO customers can register their interest by visiting this link.

Kaluza estimated that a typical electric vehicle has a massive battery capable of storing 40 kwh of energy, which is enough to power a home for days.

This concept works similarly to the demand flexibility service that is currently being rolled out by the National Grid across households with smart meters, paying them to reduce their energy use during peak hours of the day to help prevent blackouts this winter.

Mr Maher-McWilliams continued: “The way that V2G propositions we support work, the energy supplier pays them for every unit they sell back to the Grid.