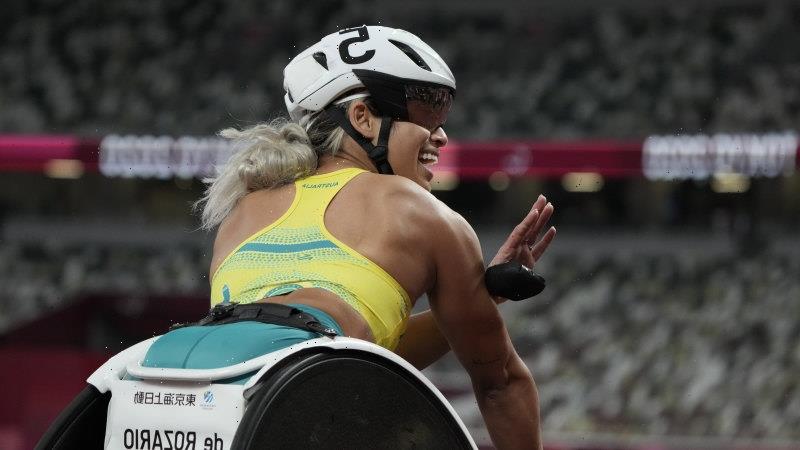 There could be more where that came from…

We’re still digesting that incredible finish from Madison de Rozario in the T54 women’s marathon but that might not be the only medal moment for Australia this morning.

Two more athletes are in medal positions right now. With 30km down in the T12 men’s marathon, Australia’s Jaryd Clifford is in second place, a good 3.34 minutes behind runaway leader El Amin Chentouf of Morocco.

And in the T46 men’s marathon, after the same checkpoint, Michael Roeger is fourth – but neck-and-neck with two other runners who are chasing the leader Chaoyan Li of China, who has a buffer of around 1.20 minutes.

Australia reacts to one of the greatest Paralympic moments

Tom’s take from the Olympic Stadium

Australia takes gold after an unbelievable performance from Madison de Rozario in the T54 marathon.

After fifth in the 5000m and gold in the 800m, de Rozario made her move with a couple of kilometres to go and didn’t look back.

Heading into the Olympic Stadium she was just in front of Switzerland’s Manuela Schaer. A thrilling final 400m ensued around the track as Australian officials screamed their support from down near the finish line in a wet stadium under grey skies.

De Rozario had nothing left in the tank down the final 100m but managed to hold off her rival by a second. What a brilliant race. 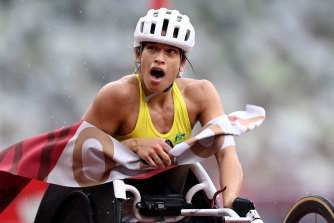 She fought it out with Swiss Manuela Schaer to win in Paralympic record time of 1:38.11.

In case you missed it

Janine Watson won bronze last night in the women’s K44 +58 kg. It was our very first Para-Taekwondo medal in the sport’s debut this Games.

She beat Ukraine’s Yuliya Lypetska 0-63 to claim the medal in what was a fierce battle. 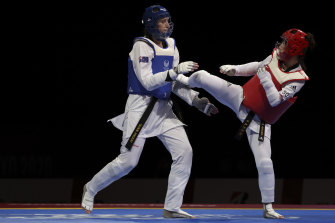 Janine Watson of Team Australia during her semi final earlier this evening. Credit:Getty

Welcome to the final day of Paralympic competition

The Paralympics will come to a close today, but there is still plenty of action to come before they wrap up. Stick with us for a big day of events.

Jamie Redknapp supported by pregnant girlfriend Frida at Soccer Aid: ‘My man of the match’