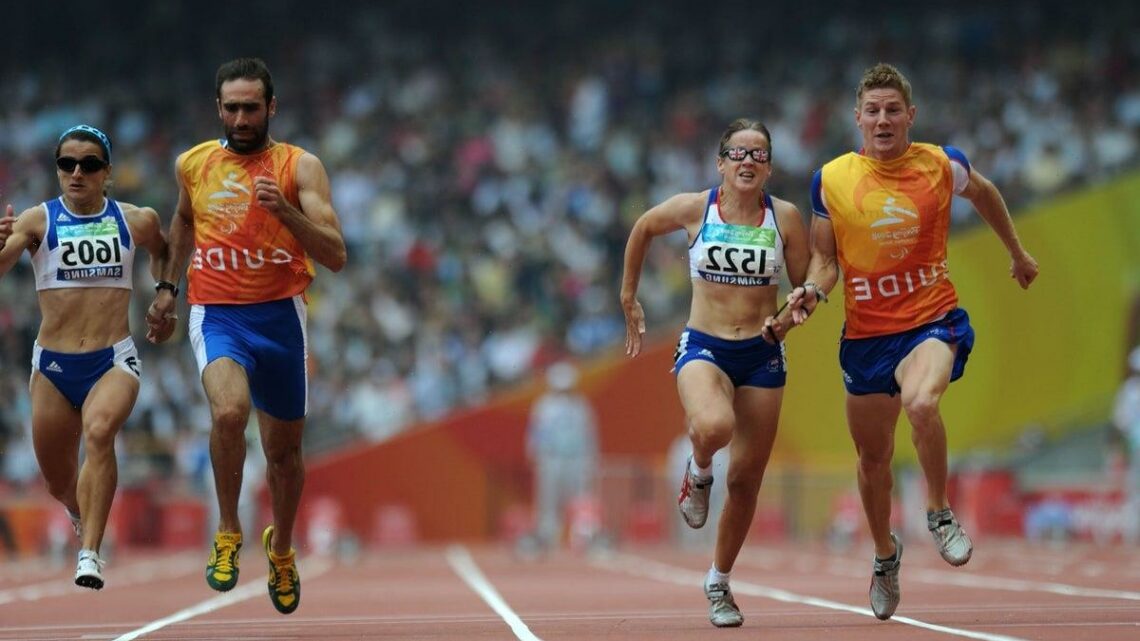 The Olympic Stadium in Tokyo will play host to more moments of sporting drama when the Paralympic Games begin on 25 August following the opening ceremony.

The para athletics events will be held at the Olympic Stadium from 27 August with a packed schedule of heats and finals across both track and field events through until the final day of the Games on 3 September.

Like all sports at the Paralympics, para athletics uses classification to place athletes into categories based on the impact of their impairment. The codes used to display the classification are made up by a prefix and a number.

Track and jump (T) has a number of different impairment types, which are split across the different sports.

Track classes in detail, as stated by World Para Athletics

These athletes have a very low visual acuity and/or no light perception.

Athletes with a T12/F12 sport class have a higher visual acuity than athletes competing in the T11/F11 sport class and/or a visual field of less than 10 degrees diameter.

Athletes with a T13/F13 sport class have the least severe vision impairment eligible for Para athletics. They have the highest visual acuity and/or a visual field of less than 40 degrees diameter.

Athletes in this class have an intellectual impairment that impacts on the activities of running (400m – marathon), jumping (long jump and triple jump) or throwing events (shot put).

Athletes have moderate to severe co-ordination impairment affecting all four limbs and trunk, but usually with slightly more function on one side of the body or in the legs. Function is affected so that throwing and wheelchair propulsion is difficult. Trunk control is poor.

Athletes have moderate to severe co-ordination impairment of three to four limbs, but typically have almost full functional control in the least impaired arm. Forward propulsion of the wheelchair is impacted by significant asymmetry in arm action and/or very poor grasp and release in one hand and limited trunk movement.

Athletes are generally affected in all four limbs but more in the lower limbs than the upper limbs. The arms and trunk demonstrate fair to good functional strength and near to able-bodied grasp, release and relatively symmetrical wheelchair propulsion.

Athletes are typically affected in all four limbs but more so in the legs than the arms. Running gait is moderately to severely impacted, with stride length typically shortened.

These athletes demonstrate moderate athetosis, ataxia and sometimes hypertonia or a mixture of these which affects all four limbs. The arms are usually similarly or more affected than the legs. Involuntary movements are clearly evident throughout the trunk and/or in the limbs in all sport activities, either when the athlete is attempting to stand still (athetosis) or when attempting a specific movement (tremor).

Athletes have moderate hypertonia, ataxia or athetosis in one half of the body. The other side of the body may be minimally affected but always demonstrates good functional ability in running. Arm action is asymmetrical. Some trunk asymmetry is usually evident.

Athletes have clear evidence of hypertonia, ataxia and/or athetosis on physical assessment that will affect running. Co-ordination impairment is mild to moderate and can be in one to four limbs. Co-ordination and balance are typically mildly affected, and overall these athletes are able to run and jump freely.

Athletes have one or more impairment types affecting hip and/or knee function in one or both limbs and with activity limitations in throws, jumps and running competing without prosthesis/prostheses comparable to that of an athlete with at least a single through or above knee amputation. Athletes with impairment(s) roughly comparable to bilateral above knee amputations are also placed in this class.

Athletes have bilateral lower limb impairments competing without prostheses where both limbs meet the minimum impairment criteria, and where functional loss is in the feet, ankles and/or lower legs. The activity limitation in Para Athletics is roughly comparable to that found in an athlete with bilateral below-knee amputations.

This class is for any athlete competing without a prothesis with a unilateral or a combination of lower limb impairment/s where the impairment in only one limb meets the minimum impairment criteria. Functional loss is seen in one foot, ankle and/or lower leg. The activity limitation in Para Athletics is roughly comparable to that found in an athlete with one through ankle / below knee amputation.

Athletes have impairments of both arms affecting the shoulder and/or elbow joints which are comparable to the activity limitations in running and jumping as experienced by an athlete with bilateral above elbow amputations.

Athletes with a unilateral upper limb impairment resulting in some loss of function at the shoulder, elbow and wrist and which impacts sprints primarily. The impact of the impairment is comparable to the activity limitations experienced by an athlete with a unilateral through wrist/ below elbow amputation.

Athletes usually have decreased shoulder muscle power and difficulty straightening the elbows for a pushing action required for wheelchair racing propulsion. There is no muscle power in the trunk. Wheelchair propulsion is achieved with a pulling action using the elbow flexor and wrist extensor muscles.

Athletes use their shoulder, elbow and wrist muscles for wheelchair propulsion. There is poor to full muscle power in the fingers with wasting of the intrinsic muscles of the hands. Muscle power in the trunk is typically absent.

Athletes typically have full function of the arms but no abdominal or lower spinal muscle activity.

Athletes with unilateral below knee limb deficiency competing with a prosthesis where the minimum impairment criteria for lower limb deficiency and leg length discrepancy are met.