Home » Lifestyle » Parkinson’s disease signs: The telltale ‘feeling’ that affects ‘up to half of people’ 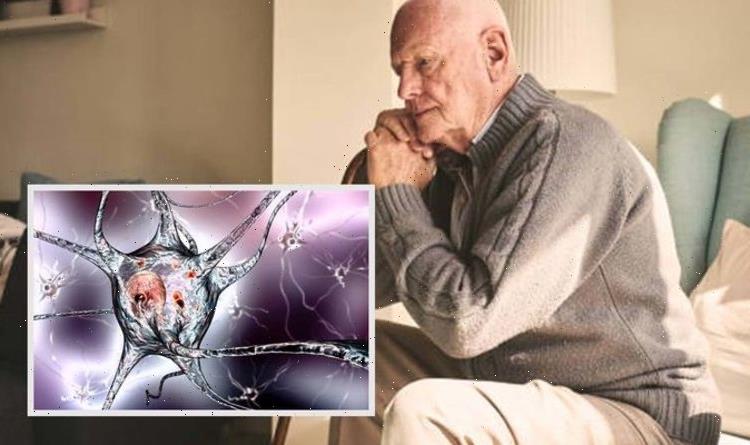 Parkinson’s disease signs: The telltale ‘feeling’ that affects ‘up to half of people’

Men are slightly more likely to get Parkinson’s disease than women, and most people with Parkinson’s start to develop symptoms when they’re over 50. There are several symptoms and signs to look out for. It is important to spot signs as although there is currently no cure for Parkinson’s disease, early diagnosis ensures that patients can receive the proper treatment and advice regarding care.

It’s thought around one in 500 people are affected by Parkinson’s disease, according to the NHS. People with the condition can experience a range of different symptoms.

The NHS states that there are three main symptoms of the condition.

They are involuntary shaking of particular parts of the body, slow movement and stiff and inflexible muscles.

“See a GP if you’re concerned that you may have symptoms of Parkinson’s disease.

“They’ll ask about the problems you’re experiencing and may refer you to a specialist for further tests,” the site adds

As well as having an impact on movement, there are several other symptoms and signs you may notice.

For example, some people with Parkinson’s will have slight memory problems and problems with activities that require planning and organisation. They may also experience depression and anxiety.

The NHS notes: “A person with Parkinson’s disease can also experience a wide range of other physical and psychological symptoms.”

These may include balance problems which may increase the chances of a fall, loss of sense of smell and problems sleeping.

Parkinson’s UK notes that feelings of fatigue, which is tiredness that doesn’t go away however much someone rests, “affect up to half of people with Parkinson’s”.

It explains: “You may feel quite fit and able one day and then too fatigued to do much the following day.

“If you’re working, for example, you may feel much more exhausted in the evenings than you used to, and you may not want to do anything else.”

The charity says that fatigue in Parkinson’s is thought to be caused by chemical changes in the brain.

It adds: “It may also be related to other symptoms or features of the condition, such as tremor, stiffness or feelings of stress.

“Mental (cognitive) fatigue can be another symptom of Parkinson’s. Some people may find it hard to concentrate for a long time without a break.”

“Mental (cognitive) fatigue can be another symptom of Parkinson’s. Some people may find it hard to concentrate for a long time without a break.”

Although there is currently no cure, there are many different therapies and factors that can help in managing the condition, the health body says.

For example, doing 2.5 hours of exercise a week can slow the progression of your symptoms, according to Parkinson’s UK.

Exercise can help you manage physical symptoms and other symptoms such as sleep problems, fatigue, mood and mental health, the charity says.

It concludes: “Exercise can be as important as your medication to help you take control and manage your symptoms.”