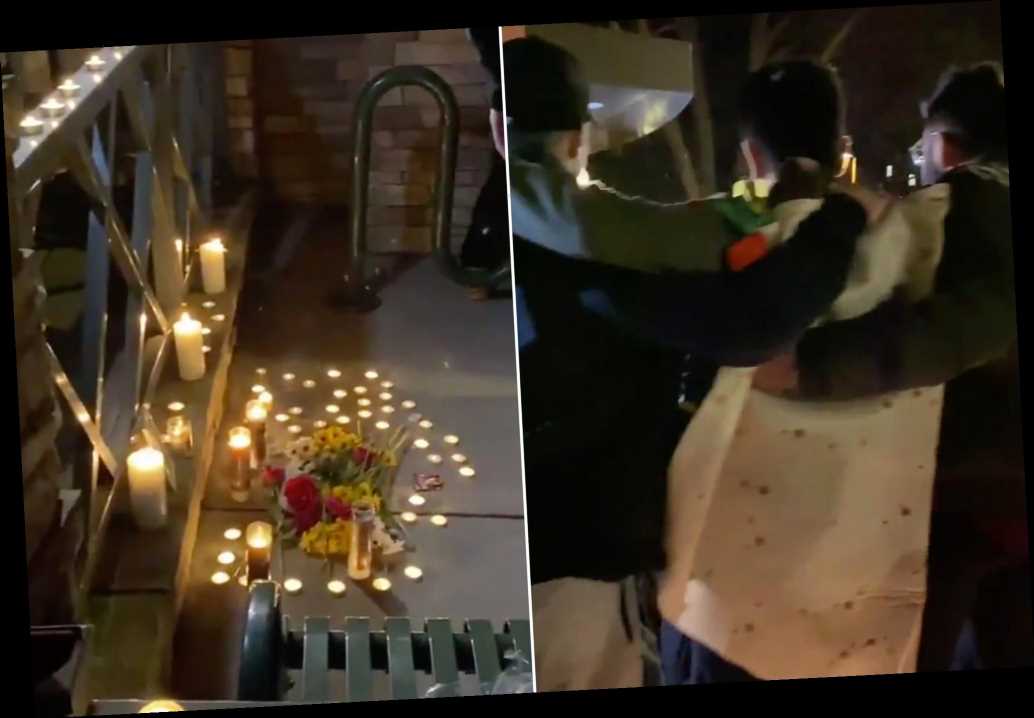 Forever in our arteries.

When a beloved local Taco Bell location unexpectedly closed in late February, Pennsylvania State University students decided to hold a final celebration of its life — in the form of a candlelight vigil.

“Good night, my sweet prince, and may a flight of angels sing thee to thy rest,” says one mourner in a video, facing a pile of flowers and candles laid outside the chain’s former 310 E. College Ave. location in State College.

“We were all shooketh after hearing about the closing of this beautiful, beautiful State College establishment,” said event organizer and senior computer science major Prajesh Patel, according to Penn State’s student newspaper, The Daily Collegian.

“Taco Bell was our home away from home and added spice to our life,” Patel told the bereaved crowd while dressed as, you guessed it, a taco. Many brought signs expressing their condolences and playing music off portable speakers, including Fun’s “We Are Young.”

By the time the students gathered to grieve the Taco Bell’s passing, its signature purple bell had already been removed, its windows were boarded up and the lights inside were dimmed. The fast-food chain was beloved by students for its 3 a.m. weeknight and 4 a.m. weekend closing times, making it one of the only local late-night food options.

The “Taco Bell Vigil” Facebook event was initially “supposed to be a meme,” says Patel, but ultimately brought together the community.

“It was saddening to me, I know I’m going to miss all of the college students even though it did get crazy on those Friday and Saturday nights,” former employee Juliana Windhorst tells the Collegian. “But it was heartwarming to me to see all these people here, knowing that they actually loved the store, and that they actually cared.”