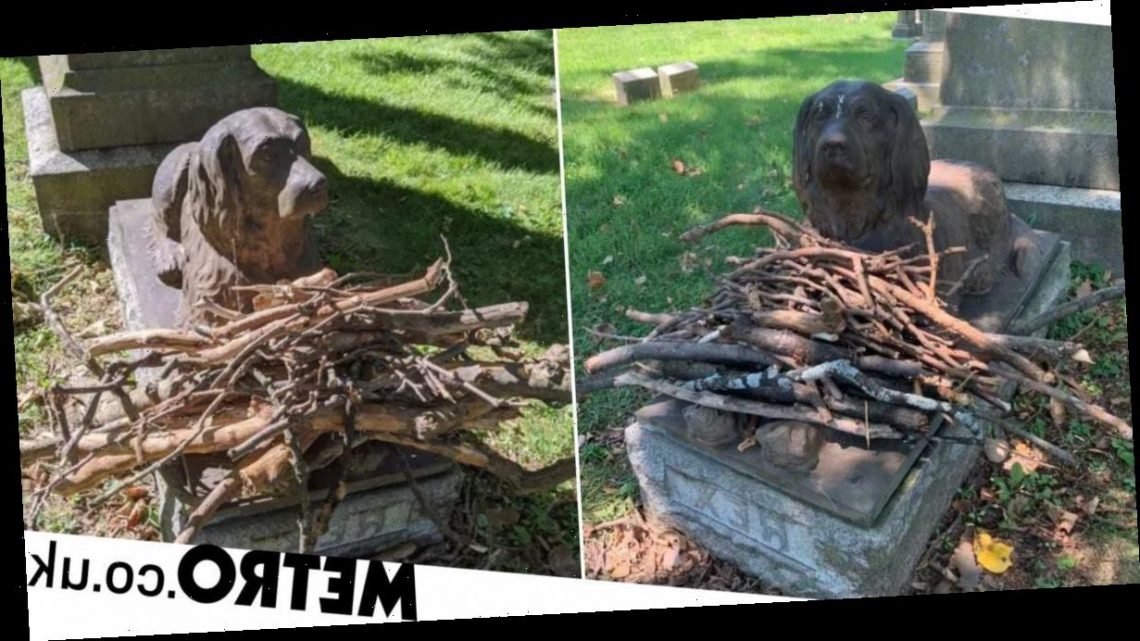 Rex the dog died over 100 years ago but people still want to pay tribute to this dedicated canine.

When he was alive, he was the faithful companion of leading fruit merchant John E. Stow.

After years together, the pair still lie beside each other with a dog-shaped sculpture overlooking John’s grave in Brooklyn, New York.

And people who visit Green-Wood Cemetery have taken to leaving sticks for Rex on his paws, just above where his name is engraved.

Staff aren’t 100% sure if Rex is actually buried there or if the sculpture was just placed beside John.

A few people have spotted Rex and posted about it on social media.

Another explained: ‘I took a walk in Greenwood Cemetery today and looks at all the sticks piled up for the goodest boy Rex.’

Stacy Locke, communications manager for Green-Wood Cemetery, told The Dodo that as the grave lies at the intersection of two roads, he stands out.

She said: ‘People see him from the road — it’s sort of a prominent spot, right off of the intersection of two roads here.

‘It’s right under a tree and there are lots of sticks around. People will drop a stick across his little paws.

‘Someone also left a picture of a dog there once, maybe their little pet who passed away, as to say, “Rex, look after my little one.”‘