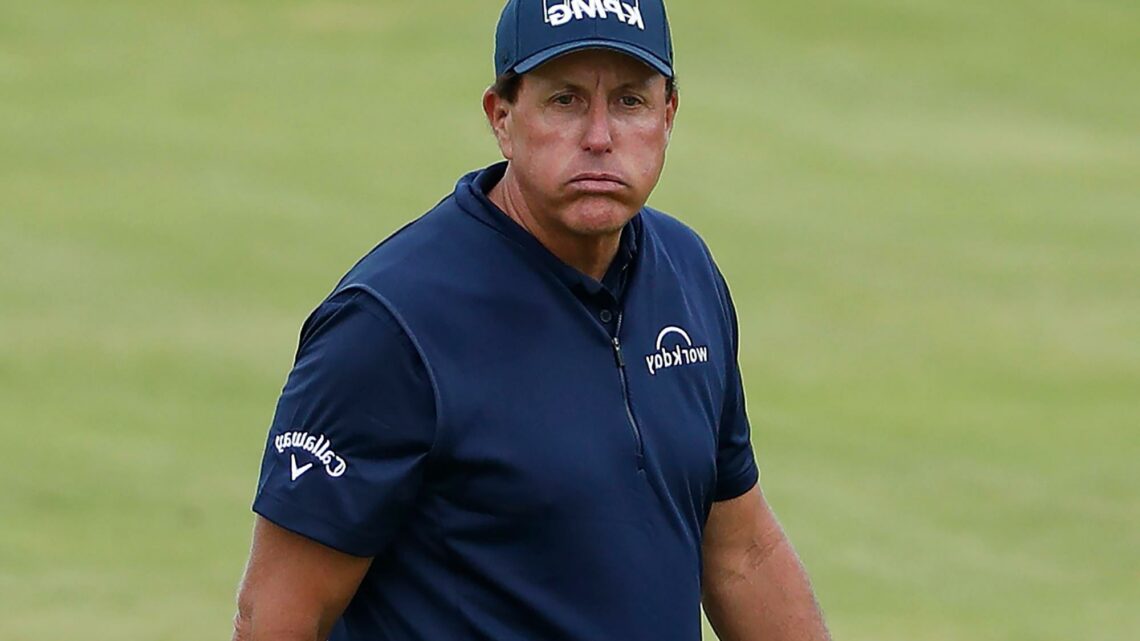 After Thursday’s opening round at the same course, Mickelson is tied for last place, shooting a stunning 10-over-par 80, 16 shots out of the lead, and leaving himself with no realistic chance at making the cut to play the weekend,

Mickelson, 51, won the PGA Championship at age 50 to add a sixth career major championship to his brilliant resume, but his form hasn’t been close to the same since his magical week at Kiawah Island.

Mickelson missed the cut at the Charles Schaub Challenge the week after the PGA, then tied for 61st at the Travelers Championship and tied for 74th at the Rocket Mortgage Classic in the lead-up to this week.

Entering the week, Mickelson conceded that he had no idea what to expect of his play.

“I don’t know,” Mickelson said before Thursday’s round of his chances this week. “Your guess is as good as mine. All I can tell you is that I like the course. We’re going to have some nice weather. So, as always, I’m looking forward to playing over here.”

“The first thing I have to say is that I will look back on this year as a great one, because I won the PGA,” he said. “But I have been inconsistent in my scoring. From a physical standpoint, my body feels really good. And my physical game has been good nearly all season. I’ve hit the ball well nearly every week.

“So, my inconsistency has stemmed from my inability to focus intently week-to-week. I just have to figure out ways to get back into that state of mind and that intensity. And nowhere is that more important than in conditions like we’re going to have this week. This course can be very penalizing. You’ve got to be focused on every shot. The penalty for a miss can be so dramatic.”

Cineworld Boss Mooky Greidinger Says ‘Black Widow’ Could Have Opened To $110M+ In U.S. Without Day-And-Date Streaming: “The Way To Generate Maximum Income On A Movie Is With A Window
Recent Posts