UDINESE winger Gerard Deulofeu instantly regretted his decision to point his finger in the face of referee Juan Luca Sacchi.

The 27-year-old thought he had halved the deficit late on in the 2-0 defeat against Serie A champions Inter at the San Siro on Sunday. 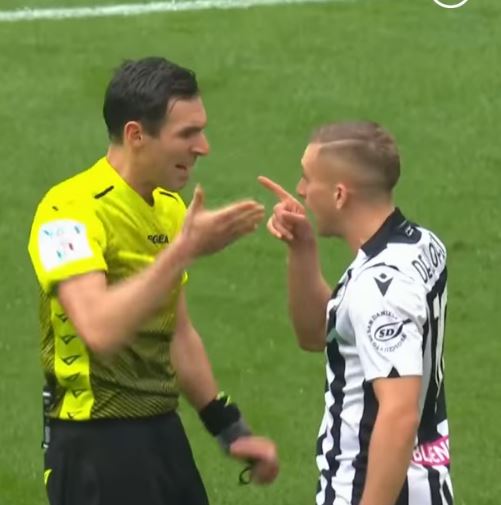 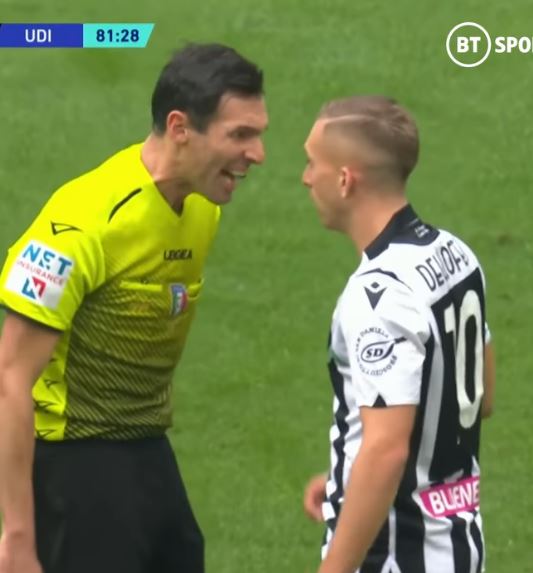 But his strike was ruled out for offside, leading the ex-Watford forward to protest the decision in the face of the match official.

He wagged his finger at Sacchi, who instantly screamed and shouted at the former Everton man.

Deulofeu looked shocked to see the referee giving it back to him as he walked away after being put in his place.

Ironically, Sacchi could be seen telling Deulofeu to calm down three times in Italian as he stood his authority.

Fans were loving Sacchi's no-nonsense attitude as some compared him to legendary whistleblower Pierluigi Collina.

The infamous bald ref, who was named as the 'World's Best Referee' six times in a row between 1998-2003, was famed for his straight-talking approach to players.

Replying to BT Sport's clip of the incident on Instagram, one user messaged: "Cut from the same cloth as Collina, love that."

Another remarked: "Next Pierluigi Collina."

A third added: "We need referee like this, Collina would be proud."

Meanwhile one said: "The new Collina."

Another quipped: "Just needs a skinhead and he’s Collina."